Choosing Chappaqua and Never Looking Back​ 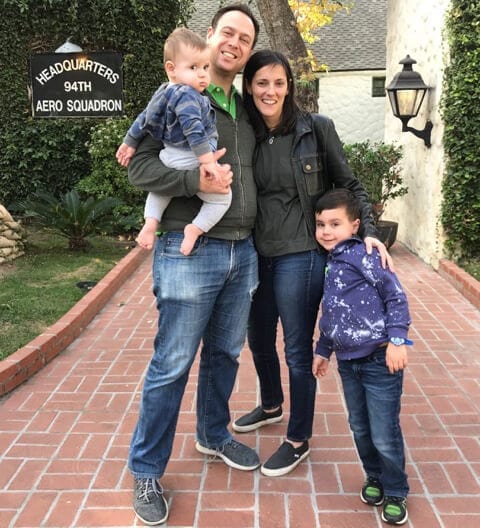 Randi Rosenblatt and her family had spent nearly a decade in the city when they decided to make the move. “I’m originally from the New York suburbs and my husband is from LA,” she says, “but we had been in New York City together since 2008, after grad school.” The couple spent two years in Chelsea before heading to the Upper West Side, where they lived for seven years—four of them with their young son. But with baby #2 on the way, it was time to start exploring the suburbs.

Working with Suburban Jungle NYC Strategist Patti Natiss, the family dove right in. “We knew we wanted Westchester or Connecticut,” Randi says, “and Chappaqua was on our list. We knew a few people in Chappaqua and had always enjoyed our visits so it was definitely included on our list.” Patti, she adds, “reaffirmed it.”

Soon after their search started, the family decided to focus solely on Westchester. While they liked Connecticut, the towns they leaned towards didn’t sync with their school and commute goals. They regrouped with Patti and refined their list, focusing on Chappaqua, Briarcliff, Rye Brook, Dobbs Ferry and Irvington. “We wanted to go as far as we could yet still be comfortably commutable,” Randi explains.

Randi says the family wanted a community that was more “laid back,” and that included plenty of families with two working parents. “We didn’t want to land somewhere too intense,” she adds. “We wanted a top-ranked school district that wasn’t massive but that wasn’t minuscule. So the fact that Chappaqua has three elementary schools, two middle schools, and one high school was very appealing.”

In June, Randi and her husband closed on their home in Chappaqua. They moved in two months later and, this past Fall, their four-year-old son started Pre-K. Baby #2 turned one this month. “We’re all thrilled and we haven’t looked back,” she says. For Randi, the biggest changes and challenges have centered on childcare and commuting. Randi’s husband commutes to the City daily and, while she typically works from home, she heads into the City a few times per week. She’s also discovered that it’s not minutes on the train that matters most but, instead, the quality of that commute. In fact, she says, her husband has come to embrace the commute. “He’d rather be home sooner,” Randi says, “but I think he enjoys the time to decompress a bit. There are definitely some pros to it.”

To City families, Randi offers this piece of advice: “Do it when you’re ready.” She’s happy to have stayed in the City during her older son’s early years and touts the convenience of urban living with a baby and toddler. She also reiterates Suburban Jungle’s town-first approach. “It’s the Suburban Jungle mantra and I totally believe it,” she adds. “Pick your town before you pick your house. We picked our town long before we picked our house. It was a tight market, and we would have considered renting before we’d have considered going to a different town.” That perseverance paid off. “We are really happy we stayed in the City for as long as we did, but we’re so happy we’re in Chappaqua now.”