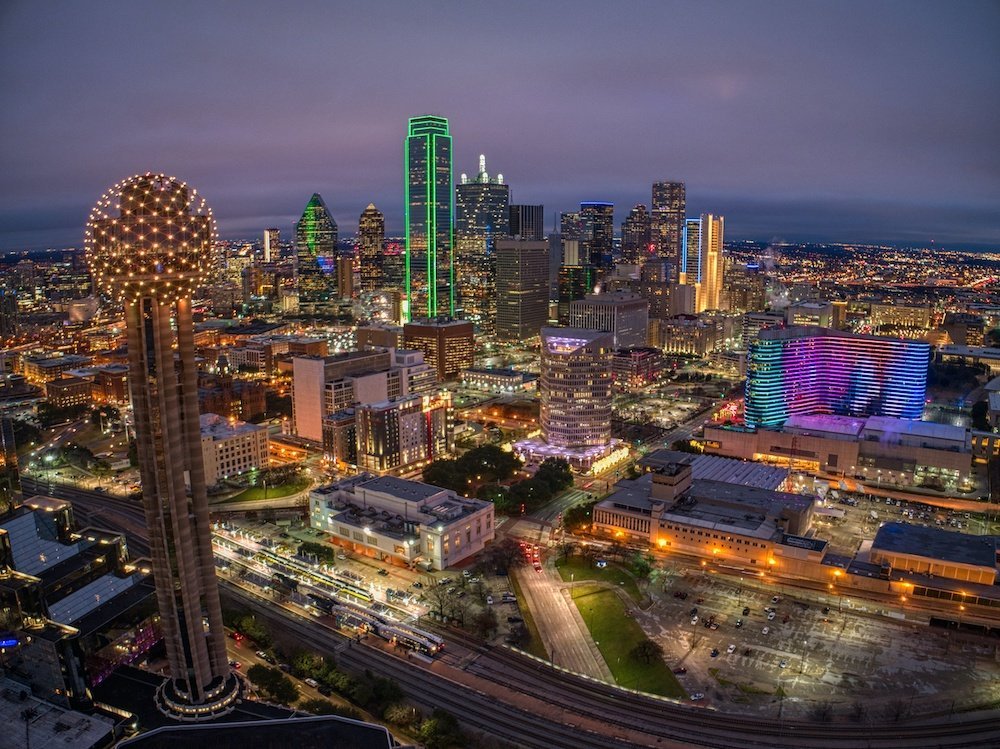 Sunshine, sports and a seriously good job market are just a few of the reasons why families are flocking to Dallas-Fort Worth and Austin.

Great weather, great food, great opportunities… 1,000 people move to Texas every day. We’ve tapped our Texas team, specializing in the Dallas-Fort Worth and Austin areas, and rounded up a few reasons everyone is heading to the Lonestar State.

#1. The Economy is Booming

Looking for a job? There’s no shortage of opportunities in Texas. Fifty-four Fortune 500 companies call Texas home, and that list continues to grow — corporations like Amazon, CBRE, Tesla, HP and Oracle moved to the Lone Star State in 2020.

If you’re pursuing a tech career, Austin is red-hot and rivals Silicon Valley as the new tech hub of America. Looking to start your own company? Wallethub ranked Texas the #1 state to start a business.

Salaries are competitive throughout the state, and the cost of living is relatively low. But the icing on the cake? There’s no state income tax.

Yes, you read that right.

To put it in perspective, eliminating state income tax is like giving yourself a 4-12% raise, just by settling in Texas.

People tend to think Texas weather is hot, sticky, and muggy. In reality, average temperatures in the Dallas-Fort Worth area hover around a high of 75°F and a low of 55°F. In Austin, the “cool season” lasts from the end of November through February, with an average daily high temperature around 65°. Summers may be humid, but the mild winters make up for it. And, really, isn’t a hot summer a small price to pay for balmy winter weather?

Love sports? Welcome home. No matter where you settle, you’ll have plenty of professional teams to cheer on: the Dallas Cowboys, Texas Rangers, Dallas Mavericks, Dallas Stars, FC Dallas, and Austin FC are all Lone Star-based. Additionally, all three national NASCAR series race at the Texas Motor Speedway in Fort Worth. College football is legendary and high school football? Well, let’s just say there’s nowhere in the country where the “Friday Night Lights” shine as bright.

#5. You Can Get Anywhere, Fast

With its central location smack in the middle of the country, you can hop on a four-hour flight and get just about anywhere in the U.S. Want to go further afield? Texas has 24 passenger airports throughout the state — and half of them are international including the Dallas-Fort Worth International Airport and the Austin-Bergstrom International Airport.

They say everything’s bigger in Texas — and that applies to the art scene, too. The Dallas Arts District is the largest urban art district in the country, spanning 20 square blocks over 68 acres that are packed with art museums, performance halls, a symphony space, a sculpture garden, and more. There’s even an arts magnet high school for aspiring young artists.

And Dallas-Fort Worth doesn’t have a lock on culture: as home to South by Southwest, one of the largest festivals in the country, Austin has put itself on the map as a mecca for music, tech, film, food, and small businesses — and as the weirdest, coolest city in America.

Deep in the heart of Texas, barbecue is all about brisket smoked low and slow for up to 20 hours until it’s so tender it falls off the bone. Our favorite BBQ spots in the Dallas suburbs are Hutchins BBQ and Pecan Lodge.  And in the suburbs of Austin, with locations in Driftwood and Round Rock, you definitely need to give Salt Lick BBQ a try.

Not in the mood for ‘cue? Sink your teeth into a big juicy steak at one of Texas’s legendary steakhouses or feast on some of the best authentic Mexican food in the U.S. And there’s no shortage of other culinary options, from high end dining to food trucks and everything in between.

If you love to shop, you’ll love living in Texas. Whether you like to scour outlets, wander through flea markets, get lost in a shopping mall, browse in boutiques, or shop for high-end luxury fashions, die-hard shoppers can find it all in Texas.

See for yourself why everyone’s moving to Texas. If Dallas-Fort Worth or Austin are on your “list,” then it’s time to get in touch now to schedule your strategy session.