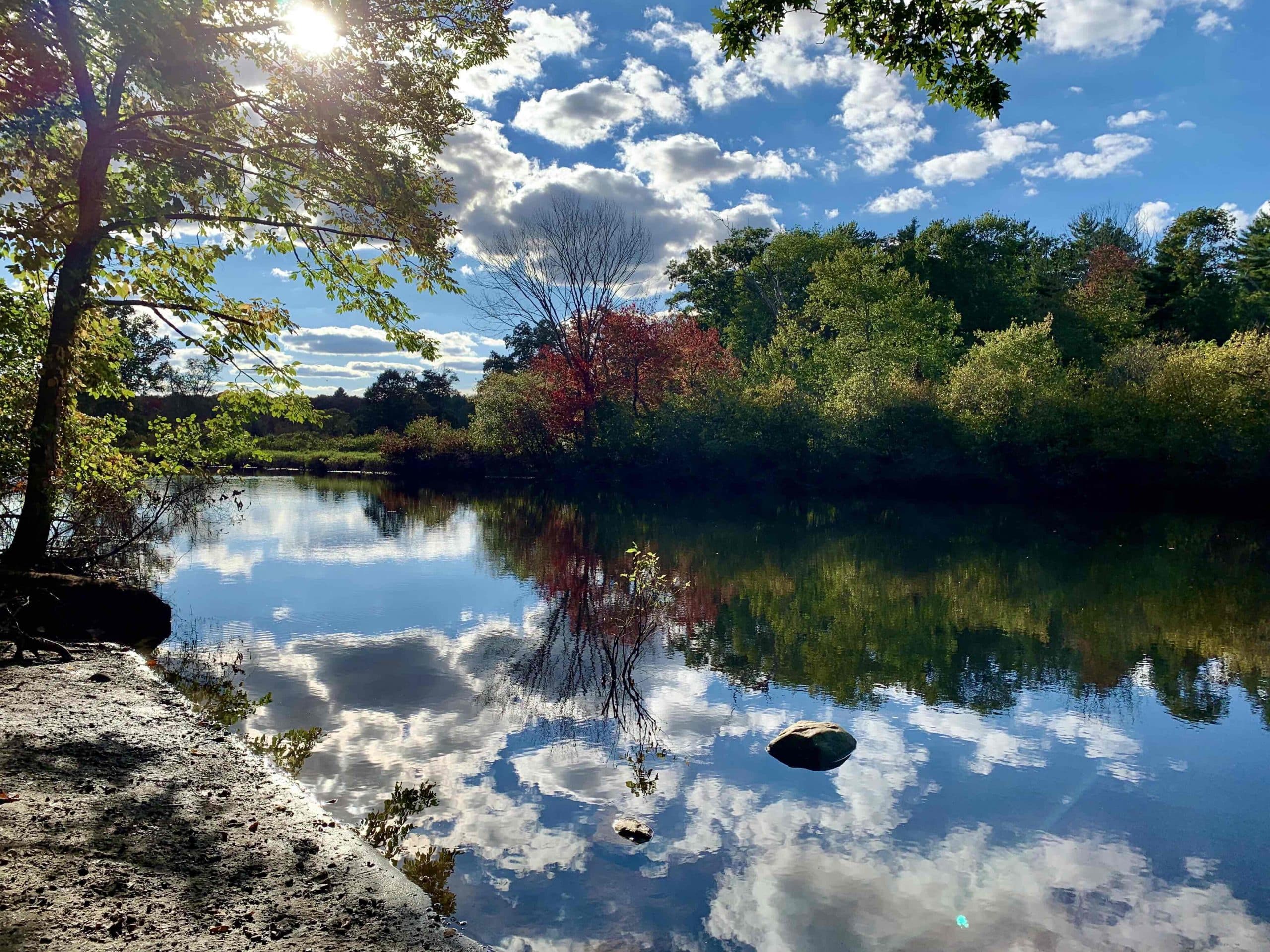 Maria never expected a cross-country move with two kids would be quite so seamless.

After 17 years in Arizona, Maria Leshner and her husband decided it was time to move back to Boston — her hometown.

“It was a huge decision,” she says. “Not just to move, but to move cross-country, during a pandemic…with our young kids and dogs in tow.”

Landing in the southwest

When she left for college in Arizona, Maria never planned to stay long after graduation — but after meeting her now-husband, the pair settled in Scottsdale and built a strong community of his family and their friends. Over the years and after having kids of their own, Maria couldn’t shake the idea of heading back to the Boston area and her husband was excited by the opportunity to live somewhere so different from the desert southwest.

“I loved the idea of having seasons again — eight months out of the year are really hot in Arizona!” Maria recounted, “moving closer to my family was an added bonus.”

With an eye on family-friendly communities with strong schools, Maria and her husband dove into their remote search in late 2020. Early on, she connected with Suburban Jungle and her Strategist, Barbara Hirsch.

“She got us right away, and was so accommodating,” Maria says. “She understood our priorities and knew we wanted to land in a home comparable to where we had been raising our family in Arizona while staying within our budget. I couldn’t believe there was a company out there specifically geared to help us navigate this huge, life-changing decision with so many unknowns. Barbara’s help and resources were the guidance we were desperately looking for as we began to plan the details of our move.”

Their initial call, Barbara says, painted a clear picture of what the family was looking for.

“Maria and her husband had really thought through their next steps, and prioritized what was most important in a town,” Barbara says. “They wanted a welcoming community with strong schools. They wanted lots to do as a family. And even though Maria grew up in Boston, she hadn’t lived here in nearly 20 years — so she didn’t have a specific spot they wanted to land. They were open to touring everywhere, which opens up so many opportunities.”

“They didn’t have to be within 20 or 30 minutes of the city,” Barbara says. “But they did want to be close to the airport.”

Touring towns, from across the country

“I’d never even heard of Medfield,” Maria recalled. “But we worked through the list, virtually touring North Shore suburbs as well as South and Western Boston with our Suburban Jungle partner agents.” Once the gears were in motion, things happened fast. Over Memorial Day weekend of 2021, they finished packing in Arizona and headed to Maria’s parents’ house in Boston, where they planned to live while they searched. Soon enough, they discovered Medfield.

“It checked all of our boxes. Within three weeks of in-person house hunting, we found our home and were under contract.”

In June 2021, they closed on the sale of their home in Arizona and shortly thereafter had an accepted offer in Medfield. Maria and her family moved into their new home in August, just a few weeks ahead of their son starting kindergarten at his new school. “Everything just seemed to fall into place, thanks a lot in part to our real estate team, as well as the support of our family.”

Now, a year after deciding to embark on their cross-country move and finding their new life in Medfield, Maria and her family are soaking up the seasons in this family-friendly suburb on the East Coast. They’re also thrilled to be close to Maria’s parents and brother.

“My six-year-old son and three-year-old daughter loved playing in the snow this winter, and at the beach all summer,” she says. “You don’t get anything like that where we were in Arizona! One day my son leaned in and said, ‘I’m so glad we moved here.’” To hear that and to see what our kids are experiencing has been the icing on the cake.”