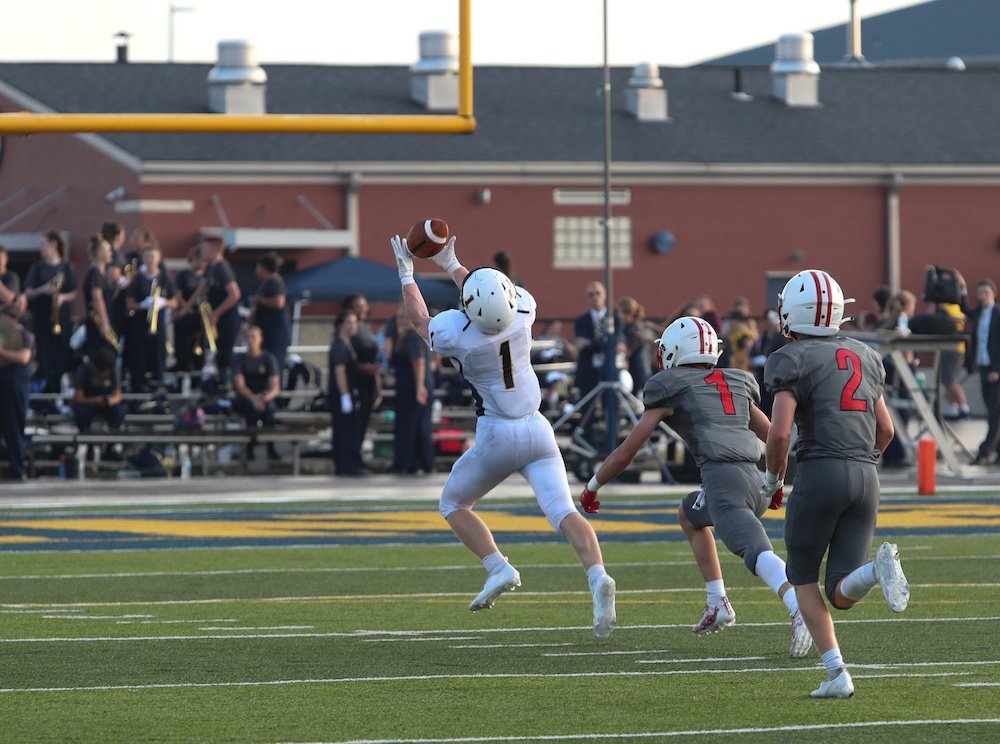 Have a budding athlete in the family? Check out these Boston suburbs with some of the best public schools for sports. If you want to stay on top of all the sports rankings, you can check out the MIAA Power Rankings site.

Franklin High School knows football – and whether your child is competing at the Varsity, JV or freshman level, they’ll get incredible access to top coaches and training opportunities. The Varsity team ranked at the top of their league for the 2021-2022 and 2022-2023 seasons and brought out tons of local fans love week after week to cheer on the Panthers at Pisini Stadium.

Springfield Central High School in Western Massachusetts also has an exceptional football program. The Golden Eagles were Division One State Football Champs in 2021. This was the third consecutive State title for the Central High football team and the program is now nationally ranked.

Andover High School is one of the best sports schools around the Boston suburbs and their football team was #2 in the Power Rankings for the 2022-2023 season.

Wachusett Regional High School offers 26 sports including soccer, golf and cross country and serves students from five towns in Central Massachusetts including Holden, Paxton, Princeton, Rutland and Sterling. But what are they known for? The girls basketball program which earned a #2 Power Ranking for its 2021-2022 season.

Andover High School runs a highly-competitive girls basketball program. This team has earned five state titles, most recently in 2020 and were #1 in the MIAA Power Rankings for the 2021-2022 season. There’s a JV and freshman team, too, ensuring a strong pipeline of players – and enabling more girls to get in the mix.

Some of the best boys basketball programs in the state are in the Boston ‘burbs. The Newton North Tigers were second in the state during the 2021-2022 season, and are looking to top the division this year.

Andover High School came up third in state last year (after a loss to Newton North) but it has a competitive boys basketball program that has earned its reputation as one of the best in the area.

Another strong contender in the area? Walpole High School, with a #1 Power Ranking. These Division 1 feeders are both A+ options if you have any girls lacrosse players in your crew.

The Lincoln-Sudbury Boys Varsity Lacrosse program is one of the best in the Boston suburbs. These seven-times Massachusetts Division I State Champions earned a #2 Power Ranking for the 2021-2022 season. Former players have gone on to play at the collegiate and club levels.

Hingham High School, located on the South Shore, also supports a top-tier boy’s lacrosse team. They finished the 2021-2022 season with a #4 Power Ranking and the Harbormen are four-time state champions, most recently in 2017.

Another top program: Acton-Boxborough Regional High School in the northwest Boston suburbs. The soccer team has a #1 Power Ranking this season – and they won the DCL Championship last year.

Are suburban sports calling your name? We’re here to help! Get in touch today and schedule a strategy call.