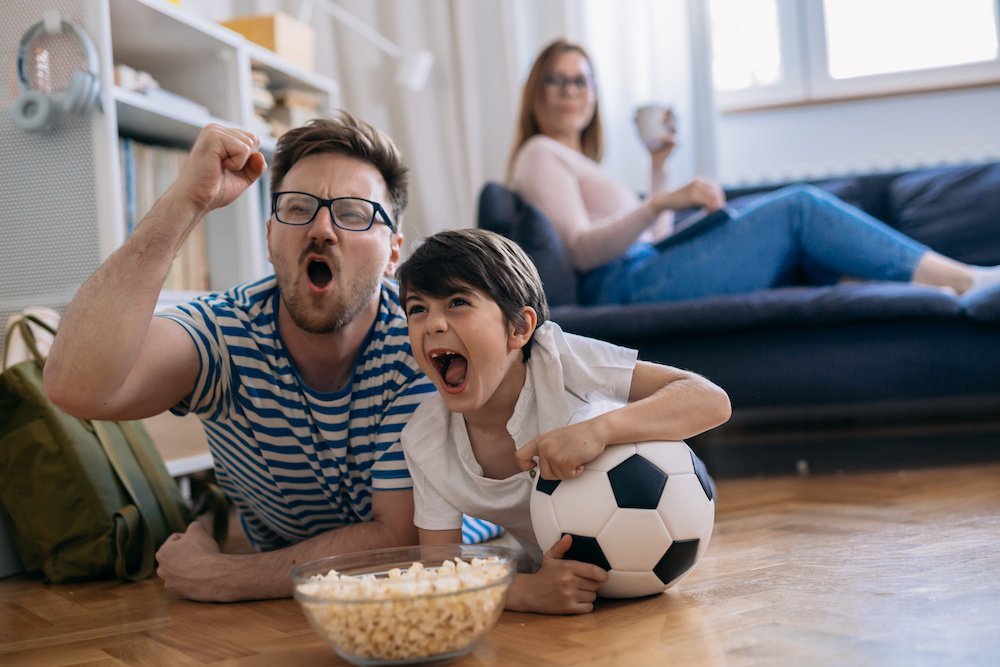 Cheer on your new home team.

New York is home to an incredible lineup of professional and collegiate sports teams – no matter where you land, you’re never more than a train ride from a Yankees, Nets, Knicks, Mets, Rangers or Islanders game. But if you’d rather cheer on more local teams? Check out these New York City suburbs, perfect for super fans.

Garden City locals are lucky to have quite a few athletic venues so close to home. The New York Islanders play about seven miles away, at the newly constructed UBS Arena (local tip: the venue also hosts some amazing concerts).

If college hoops are your thing, check out a St. John’s University basketball game and support the Red Storm, ranking 9th overall for NCAA Division I Men’s Basketball victories. The campus, though technically in Queens, is about 25 minutes from Garden City, by car.

If you end up settling in Harrison, Rye Brook or White Plains you’ll have easy access to the games at Manhattanville College. Cheer on the Valiants soccer, volleyball or basketball teams in the heart of town.

The Brazen Fox in White Plains is a favorite with Rangers fans. And on Sundays during football season, this place gets packed with NFL fans.

There’s even a professional basketball team, the Westchester Knicks, based in White Plains. The team is part of the NBA G League and they’re an affiliate with the New York Knicks. Home games for the 2022-2023 season are scheduled for the Total Mortgage Arena in Bridgeport, CT, which is about 35 miles from White Plains. If you have little sports fans in your family, check out the unique experiences offered by the Westchester Knicks. They could have the chance to run out with the team or be part of the high-five tunnel.

MetLife Stadium, home to the Jets or the Giants, is only 20-30 minutes from Maplewood, Montclair and Livingston… Join local NFL fans for a tailgate before heading into the game.  The Meadowlands also has a race track for thoroughbred and harness horse races.

There’s something fun about getting behind the local college team and anyone settling in Glen RIdge, Verona, West Orange or the neighboring towns can cheer on the Montclair State Red Hawks. The athletic program includes football, soccer, volleyball, baseball, softball and lacrosse.

Soccer supporters can head to the Red Bull Arena in nearby Harrison for both Gothom FC and New York Red Bulls matches. Before a game, head to the arena’s Biergarten for live music, drink specials and a live pre-game radio show.

If you don’t want to drive, take the train instead to the Prudential Center in Newark to catch a New Jersey Devils or Seton Hall men’s basketball game. This arena regularly hosts other collegiate and professional sporting events so keep an eye on the calendar.

No matter what your priorities are, we can help you find a suburb that checks all your boxes. Get in touch today to get started.