After 100 Days “Pending,” This Boston Family Makes a Move to Newton 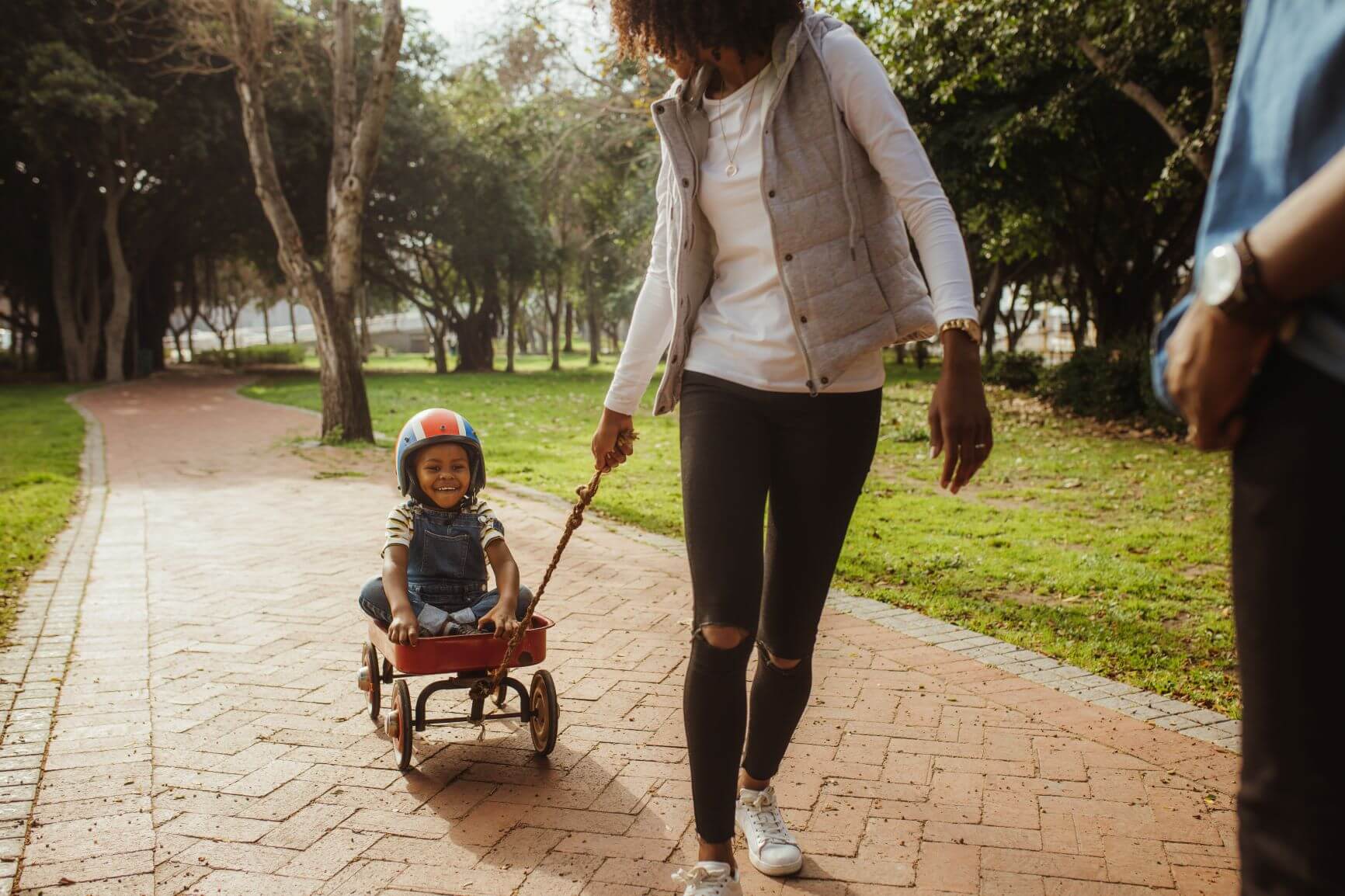 Just days before the COVID-19 shutdowns (and baby #2!), Abigail and Alan got out of the city…

When her husband started graduate school in Cambridge, Abigail packed up and made the move—but they were never 100% sure of their post-graduation plans. Neither had significant connections in Boston—Abigail had grown up in the Seattle suburbs and Alan in DC, and both had spent several years in New York City prior to this move. “We didn’t have any family here,” Abigail says. “But we really loved our neighborhood—Kendall Square—and, after Alan graduated he got a job in Boston, so we started making more substantial plans.” At the top of the list: find a home with more space.

“We got in touch with Suburban Jungle and with our Strategist, Barbara, in September and started talking about the different Boston suburbs that could be a good fit for us. Then, we got out and started exploring.”

Finding their perfect fit in the Boston ‘burbs

Working with Barbara Hirsch, Suburban Jungle’s Head Boston Strategist, the couple dove into the process, zeroing in on their priorities and what was essential in their future neighborhood. “When we first connected, Abigail and Alan were very clear on what was important,” Barbara says. “They wanted great public schools and walkability—ideally, walkability to those schools as well as preschools since their nanny doesn’t drive.

They also wanted to be near the T—she works near Downtown Crossing and travels quite a bit for work, and he goes to Fenway every day.” With an eye on those must-haves—and a desire to balance space with proximity to the city—the couple set out on their suburban search, with their then two-year-old in tow. Together, they explored a number of communities including Brookline, Milton, Arlington, Belmont and Newton—and the latter immediately caught their eye. “We loved Newton right away,” Abigail says.

“Barbara and our Suburban Jungle agent, Allison, were really helpful in giving us a real feel for life in Newton—and what we could and couldn’t afford. We got a very clear picture of what life would be like here, and we also had a good sense of what we’d get at different price points—we basically went through all of Newton real estate in an afternoon and learned all about the different neighborhoods so we could make a smart decision for our family.”

Though Abigail and Alan didn’t spot anything immediately, she did keep her eye on one particular property—a single-family house in Newton that had been on their dashboard since day one. The house seemed great, but had always been under contract and sitting in “pending” status. At the 100-day mark, though, Abigail noticed it still hadn’t shifted to “sold.” “I reached out to Allison, just to ask about the house,” Abigail says.

“She immediately reached out to the seller’s agent and found out the sale had just fallen through. It felt like it was meant to be—it was the exact number of bedrooms we wanted, the right square footage, the right neighborhood. It was a little older than we’d wanted—it was built in 1927 and renovated a bit recently—but otherwise, this house checked every single box we had.” The couple put in an offer the Friday before a scheduled open house and, after the weekend, were in contract. They closed one month later, in late February, and moved two weeks later—the Friday COVID-19 shutdowns were announced.

“We didn’t think we’d be able to move,” Abigail says. “Everyone was racing to get out of the city and finalize their plans, we thought the movers wouldn’t show up. Not to mention, I was eight months pregnant at the time!” Despite the closures, they made the move in mid-March and, since, have been settling into life in Newton—and life as a family of four. “It’s been amazing,” Abigail says. “Every Sunday at 10am the neighborhood has a socially-distanced coffee get-together, which is really cute. There’s a park two blocks away, which is great. Even though it’s been crazy, there are kids everywhere and we’ve been able to make social connections in Newton—we’re very happy here.”

They were also able to secure a spot at the local preschool, where their now three-year-old son is enrolled. “It’s a 10-minute walk,” Abigail says, “and he loves it there.” They’re also very close to Boston. While both Abigail and Alan are working from home at least until January, after that he plans to make the 15-20 minute drive to Fenway each day and she’ll take the express bus, which is just four blocks from their house. “ “We’re four blocks from Boston,” Abigail says. “We’re as close to the city as you can be and still be in the suburbs. It’s a good balance for us.”

Find the right suburb in Boston or beyond. Get in touch now and schedule a free Suburbs Strategy session.