The Boston Suburbs…By Way of Singapore 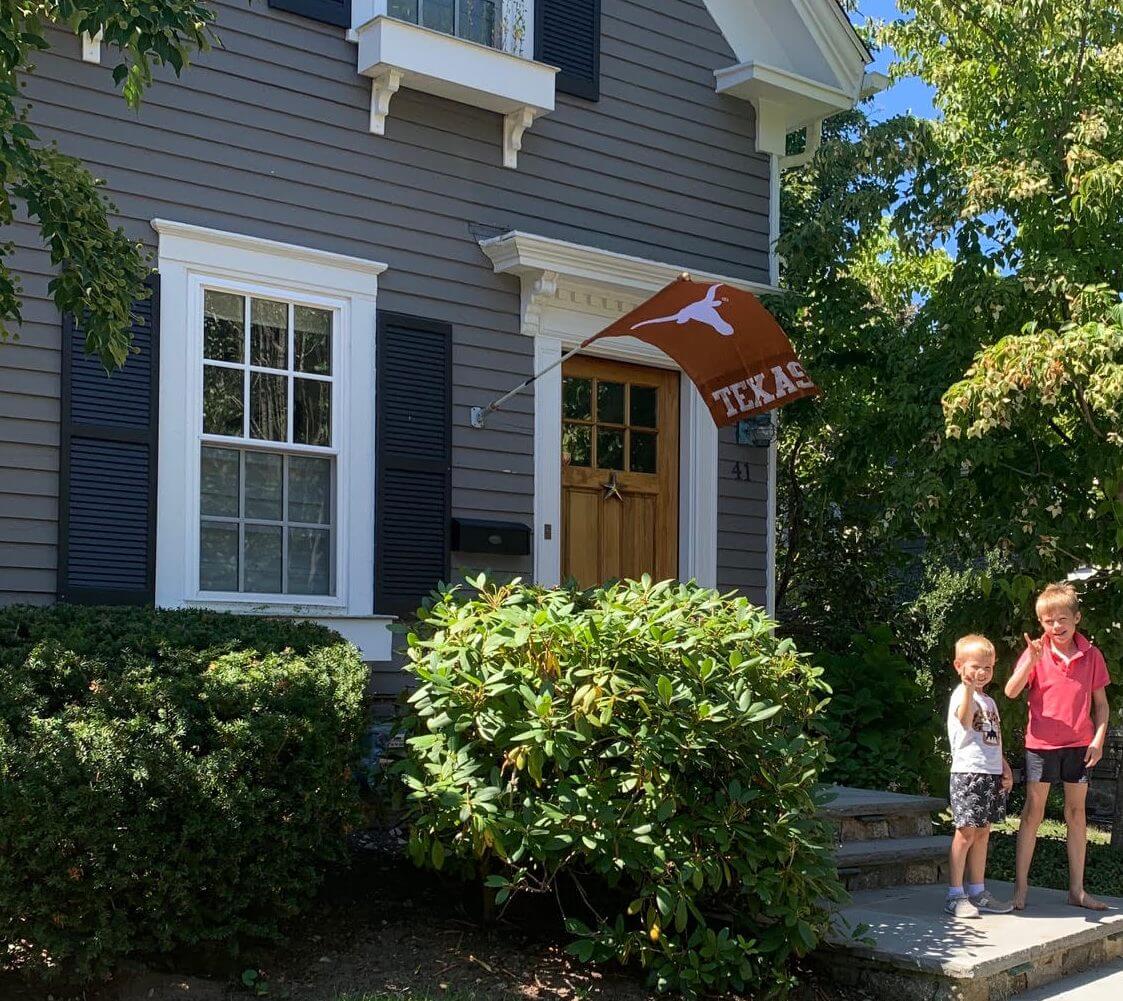 After 6 international moves in 10 years, the Overbecks finally landed in Hingham.

While they lived in Houston after getting married, Liz and Matt Overbeck spent the better part of the last decade abroad. The family had lived in the UK twice and Singapore twice, and their two young boys had never officially called the U.S. “home.”

“We were in Singapore at the time, in Bukit Timah,” Liz says. “After years of being there and being in the UK, we were ready for something else—and loved the idea of having a larger house and a bigger backyard!” Once their move was confirmed, the family began digging into the Boston suburbs, trying to understand the lay of the land and what might make sense for their crew. In January 2019, Liz says, she reached out to Suburban Jungle to help strategize even more.

“They knew they wanted to be close to the city,” says Suburban Jungle Strategist Barbara Hirsch. “And they wanted a very family-friendly community with strong schools for their two boys—they were going into preK and 4th grade when we first connected.” With an eye on communities that checked those boxes—and offered a relaxed lifestyle, airport access and walkability—Barbara and the family began strategizing their search.

“We really wanted somewhere we could put down long-term roots,” Liz says. “Nothing too rural feeling—and nothing super urban either. We wanted a laid back town where we could be close to nature—and, ideally, the beach.” And given Matt’s job in renewable energy, the family hoped to limit themselves to one car, so being near transportation and other key amenities was important.

In April, the family headed to Boston for two weeks, with an eye on picking up their search live.

“They jumped right in,” Barbara says, “and really took advantage of the time they had to explore different towns and get a real sense for the communities here.” Quickly, they landed on Hingham.

“We loved Hingham right away,” Liz says. “The town has great outdoor opportunities and you can’t beat the activities for the kids—the recreation department here is incredible. And besides that, it’s a very charming and very beautiful town.”

The family moved in August 2019. Now, Liz reports, they’re taking things one day at a time. “It’s a complete change in lifestyle from city life,” she says, “though I feel we were prepared in knowing we were in for a big change. Suburban Jungle helped us strategize and, ultimately, narrow down areas to explore. Being completely new to the Boston area, we relied on expert advice—and Suburban Jungle provided that.”

It’s not about bedrooms and bathrooms, but the right place for YOUR family. Schedule here for your strategy session with our innovative suburbs strategy team. All services are completely free.