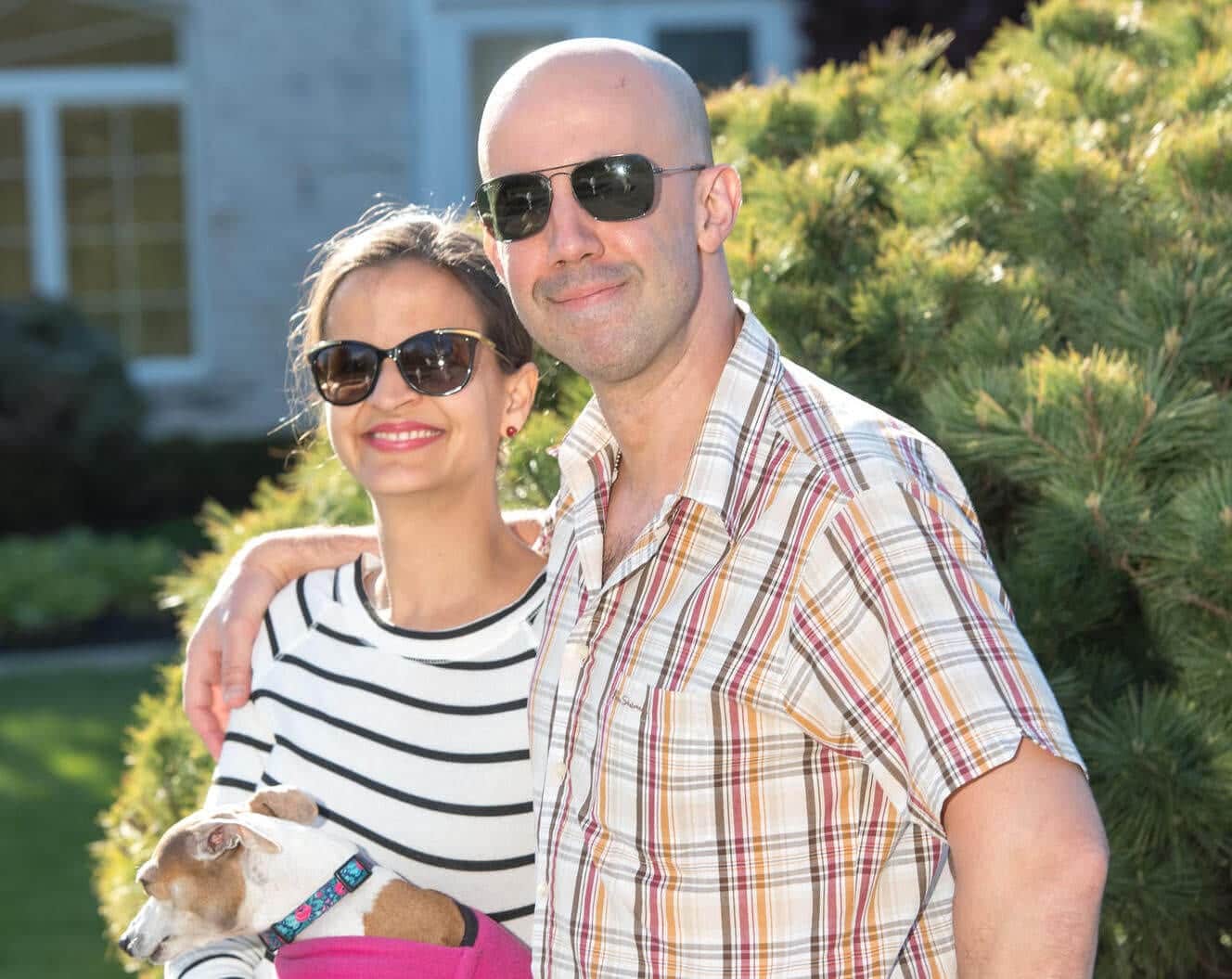 With a quick move coming up, the Zouzias family tapped Suburban Jungle to help them find “home”

“We left Park Slope at the exact right time — we were settled and the kids were in school when the COVID-19 shutdowns started,” says Joeli Zouzias. “We were in the city with three small kids in a tiny apartment, and the elevator was constantly breaking. It would have been really tough to be there over these last few months.” After spending more than a decade in Brooklyn, Joeli’s husband — a neurosurgeon — received an offer at a hospital on Long Island in late February. With his July start date just months away, Joeli quickly started her suburban search. She wanted to make a move in early summer so her oldest could get acclimated and be ready to start in her new school that fall. “I wasn’t sure where to start, so I reached out to Suburban Jungle. I was immediately connected with my Strategist Erika Ades, who is fantastic,” she says. “Erika reached out right away and I knew she understood me and my family after that first call. From there, everything moved quickly and it was a very, very smooth process.”

Given Joeli’s husband would be working on Long Island, the Zouziases had lots of flexibility when it came to their search. “Since they didn’t need to commute into the city, we were able to cast a wide net and explore Nassau County and Suffolk County,” says Erika. “That gave them an opportunity to explore and get to know different communities that may not have been on their radar initially.” Topping Joeli’s list: a strong public school system with plenty of young families, plus parks, community activities, and plenty for the kids to do after school and on weekends.

Refining their search for “home”

With a focus on Dix Hills in Suffolk County, Joeli began working with her Suburban Jungle agent who, like Erika, “took me under her wing,” she says. “She found great homes for us to explore and, along the way, really gave me a crash course on how to find a home.” That support was key, Joeli says — having rented apartments for years she didn’t have a good sense of what her family actually needed in a suburban home. From basements and backyards to proximity to schools to commute times, it was all new to her and she wanted to get it “right.” “It’s so hard when you’re coming from a tiny city apartment,” Joeli says. “Everything looked like a castle! Everything looked like paradise! But I remember seeing this sign that said, ‘it’s not more than you need, it’s more than you’re used to.’ And that’s very different. So I tried to think about the houses we saw through that lens, and it really helped.” Over a three-week period, Joeli and her husband saw 26 homes. In many cases, their Suburban Jungle agent walked through the properties first, highlighting key details, and tackling on-the-spot Q&As. For top contenders, Joeli made the trip out to Dix Hills and saw the homes in person. “That flexibility and support saved me so many trips to Long Island,” Joeli says. “Being in the city with three small kids, having the option to see so many properties virtually made a huge difference, and helped us move things along much faster. And besides that, I knew I could send my agent into these homes and get a good read — between the virtual tour and between asking her questions during and after. I knew I had the information I needed to make the right decision.”

Making an offer — and making a move

After seeing house #26, the Zouziases made an offer. In summer 2019 they left the city for the suburbs. Now more than a year into suburban life, Joeli says they haven’t looked back. The couple’s five-year-old twin girls are enrolled in the local kindergarten. Their two-year-old son is home with Joeli right now. “Being in Dix Hills has been very, very good for the kids,” Joeli says. “Having raised kids in the city and, now, the suburbs, I can appreciate the differences. Living here, in the suburbs, is the greatest gift I can give my kids. We now have the freedom to just walk out the door — I don’t need to cram a million things into the stroller just to go to the park. The kids can just open the door and play in the backyard and play or climb trees or ride bikes. It’s a freedom and an agency I think is so important to kids.” Looking for your next place to call “home?” Get in touch! Schedule a Suburbs Strategy session now. All of our services are 100% free.