Third Time’s the Charm for this Queens Family 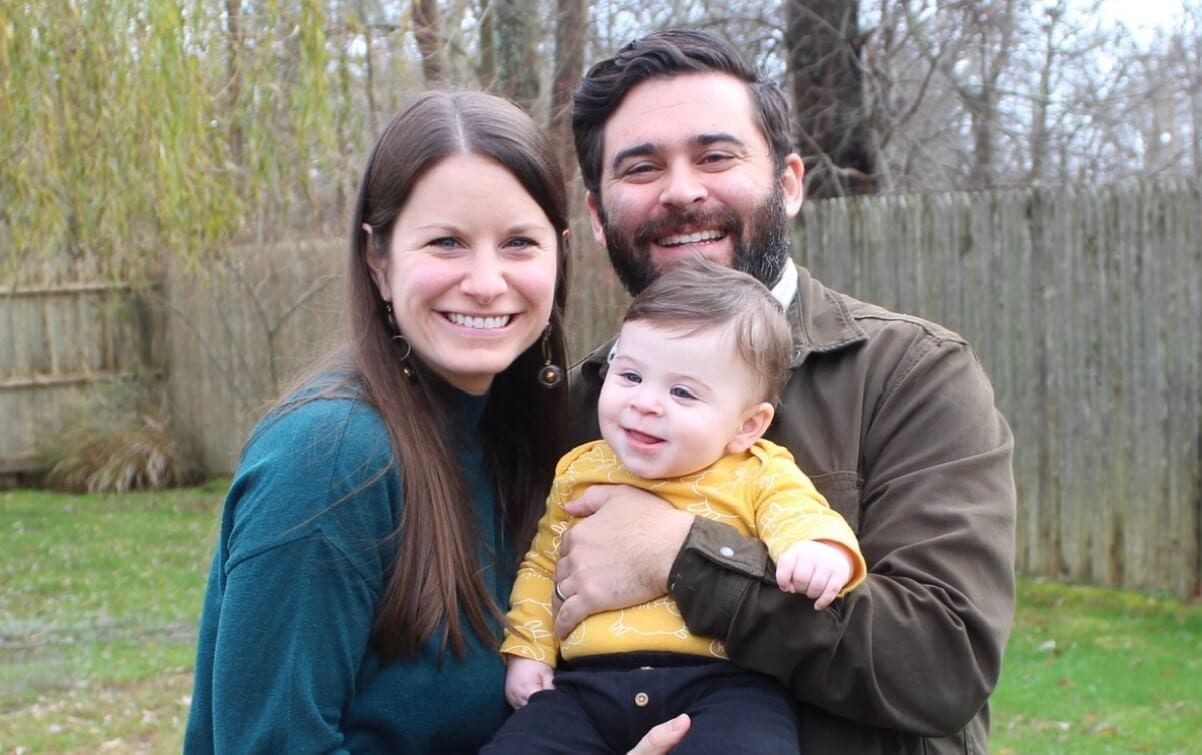 Lindsay and Dan Burke were ready to make a move to Westchester — and with some patience, they’re on their way…

“There was a lot of thought put into this move, for sure,” says Lindsay Burke. “We landed in Cortlandt Manor and we’re so happy — we hadn’t even considered this area until we connected with Suburban Jungle and our Strategist Alli Levine. So we’re very grateful, for sure.” At the time, Lindsay and her husband Dan were living in Astoria, Queens. “We loved Astoria,” Lindsay says. “But when our son Brendan came along in April 2020, we knew we needed to make a move.” Despite moving to a two-bedroom the year prior, the family felt they were quickly outgrowing their space. “We wanted more space, but we also didn’t want to leave the city. Then, though, being home so much during COVID solidified our decision to make a move. That drove us to start asking the tough questions. Could we do this? Where could we go? What would it look like?” After connecting with Alli, Lindsay says, they started refining their priorities and, with that, their town list. “I’m a casting director for House Hunters International,” says Lindsay. “So I’m used to asking people about their priorities and their wish list. Suddenly someone was asking me. And that made us think — we knew we wanted a town where there was plenty to do. We wanted a place where we weren’t the only people coming from the city. We wanted bars and restaurants. And we wanted a good amount of space, especially outside — all while being in relatively close proximity to the city.”

Finding their fit in Westchester

Quickly, the Burkes zeroed in on Westchester — with Lindsay’s family in upstate New York and Dan’s on Long Island, Westchester was more equidistant than other suburban areas. “We looked at Ossining — we have some friends in the area,” Dan says. “We drove around Croton-on-Hudson which we liked a lot. It had great walkability which was really appealing, plus lots of restaurants and lots of things to do. For a while, we really focused on Croton primarily.” Then, he says, they toured Cortlandt Manor and spent a day driving around exploring the neighborhoods. While initially they still favored Croton, the more they got to know Cortlandt Manor, the more they felt a connection. “We got to know the area and it felt like the right fit,” Dan says. “While we couldn’t necessarily walk to get a cup of coffee, there were so many other advantages. There’s lots to do here, the schools are great and we have access to Peekskill and Beacon and all of these great little towns, just a few minutes away. It was such a nice surprise.” Cortlandt Manor also aligned with a long-time vision Lindsay and Dan had for their future — at one point they’d considered staying in the city and buying a weekend house in the Woodstock area. Cortlandt Manor had more of that Woodstock vibe they’d loved.

Looking ahead to a future in Cortlandt Manor

After considering two other homes in the area, their offer on the third (and best!) was accepted and the family closed in December 2020. Since then, Lindsay and Dan have been focused on renovating their new home, with an eye on moving in February. “We just love the house we finally settled on, now we’re just doing some cosmetic work,” says Dan. “It’s really about making it our own now.” Part of that, he says, includes setting up a music studio in the basement — something he wasn’t able to do while growing up on Long Island. “We were so close to the water that there weren’t basements. Now having a full basement where I can keep a drum set and potentially build out a studio is exciting.” Also exciting? Getting in the mix with other families in the Cortlandt Manor community. “We’re looking forward to meeting new parents, too,” Lindsay says. “Since Brendan was born it’s been tough to meet new people, even in Astoria. With COVID we aren’t really connecting with other parents at his daycare. So I’m excited to get to Cortlandt Manor and explore and find fun things we can do as a family.” Looking back, Lindsay and Dan are confident the third time’s the charm — and they’re eager for all that comes next. “I would tell other families looking to make a move to have patience,” Lindsay says. “You’re going to get disappointed at some point — finding your town takes time, then finding your house…it can be competitive. You’re going to fall for a house then ‘lose’ that house. But have patience — your house is out there and you’ll find it.” Lindsay also recommends starting your search early so you don’t have to compromise on must-haves. “Stick to your guns,” she says. “I really wanted a backyard, and we saw some houses that we loved but that didn’t have much of a backyard. It would have been easy to say, ‘oh, well, this house has everything else, so let’s go ahead.’ But we didn’t. We were patient and we waited a bit and now we’re so happy we did. This house is the best-case scenario for us, and we’re excited to move in.” Ready to dive into your suburban search?

Get in touch now to schedule your Suburbs Strategy session. All of our services are 100% free. Image: Lindsay Burke