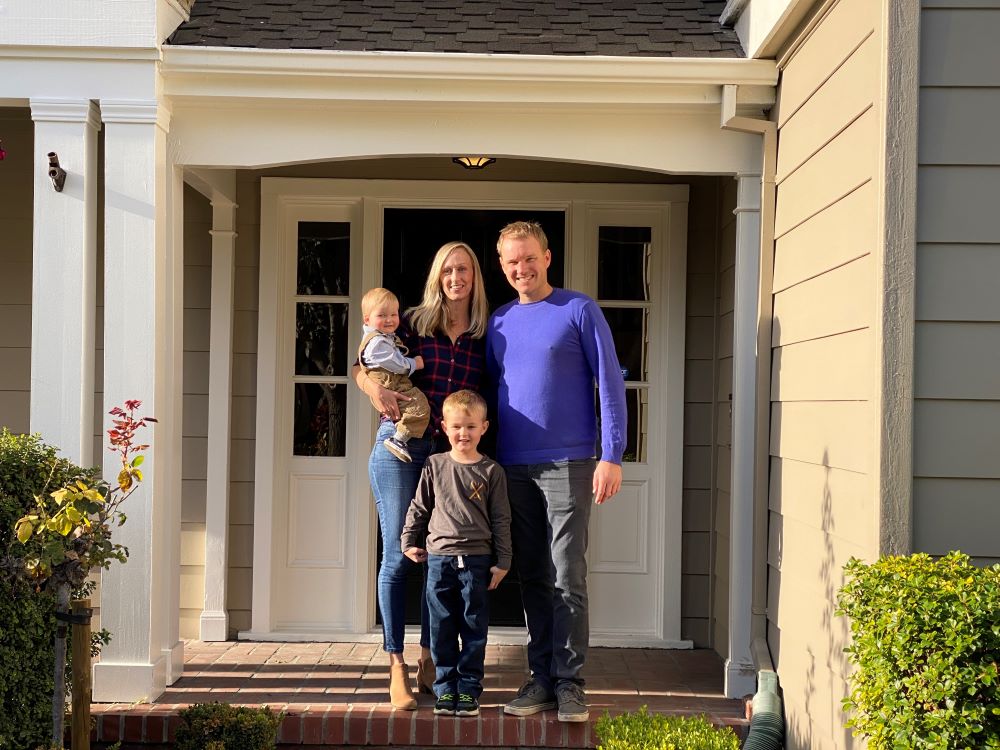 When life called her back to California, Lisa reached out to Suburban Jungle to find a town that fit her adventurous spirit.

Lisa Barkwill loved growing up in the Bay Area, but life took her far from home. After heading to LA for college, she followed career opportunities around the globe, from London to New Zealand to Washington, DC.

“Each time I moved it was exciting,” Lisa says. “It was an adventure! I wanted to do something a bit different each time I packed up.”

While living and working in London, she met her now-husband and, together, the two moved to New Zealand, where he’d grown up. Lisa loved living here but, after a few years, the couple had a chance to head stateside.

“We had an opportunity in DC,” she says. “So we came to the U.S. and found a place in Alexandria, Virginia. We absolutely loved it there. But we knew we wanted to be closer to family.”

Once Lisa and her husband welcomed their first child, they knew they needed to find a more permanent spot that ensured their extended family could be together more.

“We knew we weren’t going back to New Zealand,” Lisa says. “My parents were still in California so we thought ‘well, at least we’d be close to one set of family — and it will be so much easier for my husband’s family to fly in from New Zealand.’”

Despite having grown up in the Bay Area, Lisa hadn’t spent much time there in nearly two decades — and a lot had changed.

“We didn’t really know where to base ourselves,” she says. “We knew we wanted a town with plenty of commuting options. We wound up in Fremont initially. It’s a great spot — if you’re working in the city or Silicon Valley, it’s a quick commute. But beyond that, I didn’t know Fremont — so there was that sense of adventure, moving to a new place.”

Not knowing where they’d ultimately wind up, Fremont’s commutability was a huge draw. But, at the end of the day, they kept finding themselves drawn to the South Bay — and feeling like that area may be the right long-term fit for their growing family.

“We had a second child and my parents were watching him through the pandemic,” Lisa says. “That meant us driving to San Jose every day. More and more, the area felt like ‘home.’ We were spending more time there, doing more things in the area. So that made us rethink where we wanted to be.”

In spring 2021, the family of four started exploring neighborhoods in South Bay. This time, though, they had a very specific vision in mind.

“We loved living in Alexandria and, this time, were focused on finding a community that reminded us of that area,” Lisa says. “We loved being able to walk to shops and restaurants and to the metro station. There was just so much around — lots of young families and great amenities in the area. I wanted to get closer to that experience. That’s when we contacted Suburban Jungle.”

After their initial call with Strategist Pamela Goldman, the Barkwills set out to explore the South Bay. High on their initial list? Los Gatos, Campbell and Willow Glen.

“A big part of their South Bay exploration was connecting Lisa with local moms — people who knew these areas and could give her the inside scoop,” Pamela says. “We also synched with Suburban Jungle local partner agents in each town, and they jumped right into touring.”

The more and more they toured, though, the more San Jose stayed on their radar — specifically the Rose Garden area.

“It’s near where I grew up,” Lisa says. “It’s a beautiful area but we hadn’t really focused on it that much.” Once they toured the community, though, they knew it was exactly what they wanted.

Continuing the adventure in San Jose

After missing out on a few houses, a new listing came on the market in the Rose Garden. Their agent helped get a preemptive offer in — and it was accepted.

“We got the house before the first open house,” Lisa says. “We felt very lucky that we got in when we did because we know how competitive it is. We’re on a beautiful street in an amazing neighborhood. It’s close to a great mall with lots of restaurants.”

Before officially moving in December 2021, the couple spent several months renovating and getting acclimated to their new community — and, immediately, knew they’d made the right choice.

“We met the neighbors and everyone was so welcoming,” Lisa says. “Our next door neighbors were cooking ribs on their smoker and brought over two racks of ribs, that first day.” They also spent those early days strolling their local streets and visiting the area’s namesake rose garden — a favorite go-to for the family. Now, their oldest is in school and they spend lots of time with Lisa’s family — without a multi-hour flight.

“Part of me wishes we had done this from the beginning,” Lisa says. “We knew what we wanted when we made this move, but didn’t stick with our gut. This time, though, we did — and now we’re loving the community and just being here. It’s a perfect fit.”

Ready to start your suburban search? Get in touch now! Our services are 100% free.