7 Chicago Suburbs With a Beach Vibe 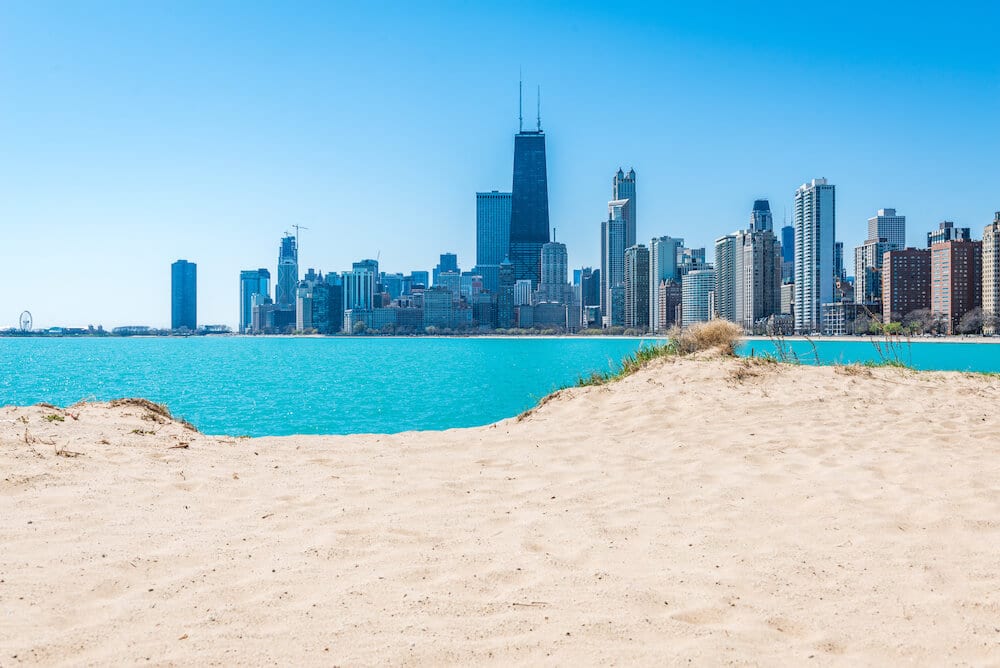 These Chicago suburbs are perfect for families who crave the vacation life…every day!

You don’t need to move to Cali to get that beach vibe you always wanted. Here are areas in the Chicago-area where you could walk to the beach.

This is the perfect city/beachy blend of a suburb. You can walk to the El, you can take classes at Northwestern, you’re just 12 miles north of Chicago— and you can live along the beachfront.

Evanston is a liberal suburb that embraces its town-gown-feel as it should: Northwestern takes up tons of space here. But there’s much more to Evanston than it’s incredible University. There’s a huge downtown area with restaurants that rival Chicago’s. The public schools are some of the best in the state. Plus, there’s a mix of beachfront properties ranging from houses to apartments.

Repeatedly named one of the most stunning suburbs in all of Illinois, this village seems to have it all: the coveted New Trier High School, three golf clubs, the Cook County Forest Preserve and a beach that’s practically in your backyard. Yes, you will pay dearly for your home, as this is one of the more expensive suburbs — but you get your money’s worth.

Close to Glenview, Highland Park has an award-winning beach that was recently restored and is a huge attraction for its 30,000 residents. Yes, this is a major suburb in the Northshore that hosts the Ravinia music festival each summer.

Highland Park is also home to the Chicago Botanic Garden, a massive mall, plenty of shops and restaurants and tons to do with kids. Highland Park is just a 40-minute drive from downtown Chicago – and it’s also connected via Metra, so it’s a very popular spot for families who have commuters.

Not only does Lake Zurich have a massive beach, but it also has a Wibit floating inflatable park on the water which can entertain kids for hours (camp alternative?).

Recently named number one spot in Illinois for families by NerdWallet, home prices here are much more reasonable than those on the Northshore: the median home price in Lake Zurich is $329,000. It’s a lengthy 40-mile commute to Chicago, which can take up to 90 minutes during rush hour (take the train instead!). But if you’re looking for a beachfront community with fantastic schools and a good cost of living, this is your unicorn.

Located on the Des Plaines river, this fairly large, (population around 21,000) conservative suburb is what you might envision when you envision a suburb: great schools, friendly people, large homes and tons of green space.

Most people live comfortably and own their own homes here, and it’s a happy place to be. The beach has an entry fee unless you’re a Lake Forest resident, but it’s beautiful, clean and well-maintained. There’s also a snack bar, a grassy area for picnics and plenty of friendly lifeguards.

This suburb is 45 miles northwest of Chicago, and it’s a very major suburb, with about 40,000 residents. They attract so many people because the quality of life is incredibly high, while the cost of living is relatively low.

There’s a new city hall, a revitalized downtown, plenty of parks and a major arts district. The Crystal Lake Park District maintains the Crystal Lake Beach, which is free if you’re a Crystal Lake resident. This beach has boat rentals, a shaded children’s sand area, a sheltered picnic area, a new playground and more.

If you’re looking for a beachfront ‘burb west of Chicago rather than north of the city, you’ll find it here. Well, it’s as close as you’re gonna get if you head west. Naperville is very proud of Centennial Beach, which is technically classified as a beach by the Illinois Department of Health. But the water has chlorine in it and is re-circulated.

Centennial Beach was once a rock quarry, but today it’s a man-made beach starting a zero-depth and going to 15 feet deep. It looks and feels like a tiny beach, and it’s the highlight of the summer for those in the western suburbs. Plus, Naperville also has such a great downtown that you could spend half your day at the “beach” and half of it strolling along the downtown area, and you’ll have the best.day.ever.