Consider The “Other” Chicago Suburbs — in Indiana and Wisconsin 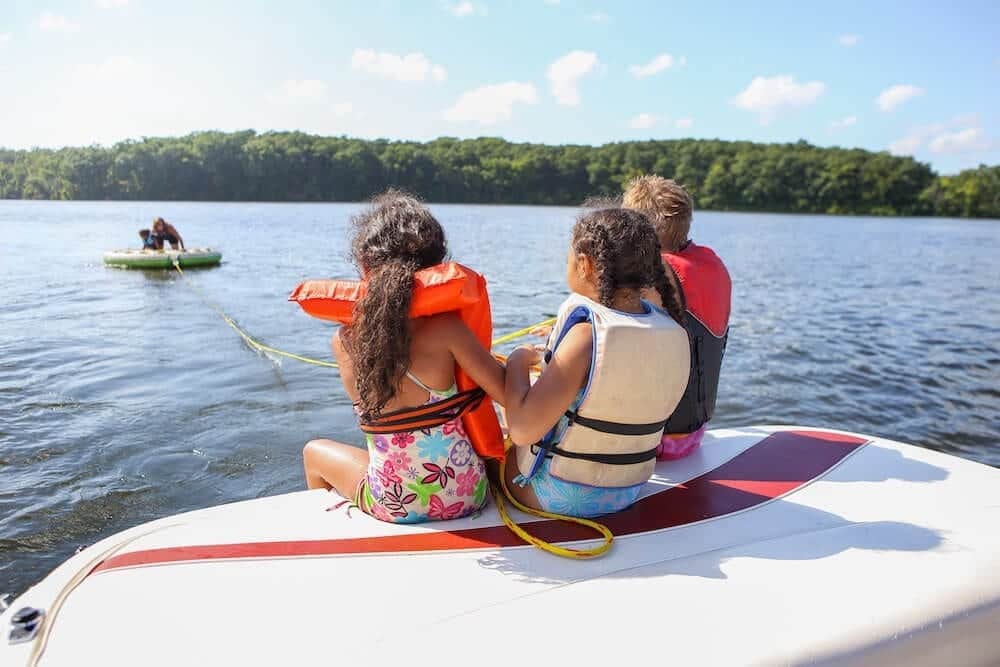 Many of these towns offer a closer commute than their Illinois counterparts, plus the top-rated schools, parks, and restaurants family crave

When you think of the Chicago suburbs you no-doubt think about a handful of Illinois towns just outside of the city. The reality? The Chicago suburbs are massive — and span three states: Illinois, Wisconsin, and Indiana. And, in many cases, those “outside” states come with a host of benefits you might not expect. Munster, Indiana, for example, is less than 40 minutes from the city, and 42,000 commuters make the trip on the South Shore Line.

Quick commutes are just one of the perks of considering Chicago suburbs in Indiana and Wisconsin. In many cases, home prices are lower and buyers can get more land and more space for less. Many of these towns also flank Lake Michigan or are settled in the mountains, lakes or adjacent to state parks, including Wilmot Mountain in Wisconsin or Indiana’s Dunes National Park — and that makes these communities ideal for year-round outdoor activities.

Munster, IN
Top-rated schools, proximity to the Chicago Loop, and a homegrown arts scene make Munster a popular South Shore town among city commuters. The Center for Visual and Performing Arts is a major regional cultural hub and features two galleries, Broadway-caliber performances, and a decadent Sunday brunch.

Munster is also home to tons of waterfront parks, golf courses, a vibrant downtown lined with locally-owned shops, restaurants, and the world-renowned Three Floyds brewery. Plus, all five of the town’s public schools are Indiana Blue Ribbon Schools.

Despite a relatively quick drive — Munster is just 30 miles from downtown — most residents commute from Hammond station via the South Shore commuter rail line. Expect to reach the city in about 35 minutes.

Schererville, IN
Expect tons of space and oversized backyards in Schererville, a small Indiana town located about two miles east of the Illinois border and 11 miles south of Lake Michigan.

Despite being just one hour from downtown via I-94, Schererville feels far from the hustle and bustle. But when you do need to get into the city, it’s a breeze — most commuters drive 20 minutes to Hammond and hop on the 35-minute train to Chicago.

Saint John, IN
Top-rated public schools, quiet neighborhoods, and vibrant nightlife — it’s no surprise Saint John consistently ranks among the best small towns in the U.S. Some other accolades? In 2019, WalletHub named Saint John to its Best Places in Indiana to Live list, and Safewise named Saint John the safest city in Indiana and #19 nationwide.

As locals will share — and as these awards indicate — Saint John is a peaceful community known for its extensive trails, high-end shops, and amazing restaurant scene. On the foodie front, expect everything from authentic Italian to eclectic international eats to sports bars perfect for watching the big game.

Pleasant Prairie, WI
Pleasant Prairie sits right on the Lake Michigan shoreline — so there’s never a shortage of fun outdoor activities for residents and visitors. Always popular: the Chiwaukee Prairie, a preserve filled with trails and wildlife that, given its protected status, hasn’t changed over the centuries. Pleasant Prairie is also home to Prairie Springs Park, a 930-acre park encompassing Lake Andrea — hit the park for windsurfing, kayaking, paddleboarding, canoeing, and swimming when the temperature rises. That, though, is just the beginning — there are green spaces in virtually every corner of this community.

Pleasant Prairie isn’t just about the great outdoors, though — there’s also a trendsetting foodie scene in town that includes some of the best craft brews, cheese, and sausage in the state, as well as dozens of restaurants featuring cuisine from every corner of the globe.

Twin Lakes, WI
If you’re all about lake life, check out Twin Lakes. The community is home to two huge lakes — Elizabeth Lake and Lake Mary — and incredible beaches. Every sunny day is an opportunity to barbecue and boat at Sunset Beach, Lucille Beach or Lance Park — and local families take full advantage.

While Twin Lakes isn’t the closest community on our list, it’s become increasingly popular among people with flex or remote work arrangements — and when you do need to come to the city, the trip to Chicago Union Station takes two hours or less.

Genoa City, WI
Straddling the Illinois-Wisconsin border and equidistant from Milwaukee and Chicago, Genoa City is a bucolic retreat known for its picturesque landscape, horse farms, and country roads. The town doesn’t offer much in the way of nightlife, but that’s just how locals like it — weekends are spent riding, spending time outside, and at kids sporting events. Just 80 minutes from the city, Genoa City is perfect for families craving the country life, while still being close to all of the action.

Find your perfect Chicago suburb — in Illinois or beyond! Schedule your Suburbs Strategy Session now to get started. All of our services are 100% free.