Craving City Life? Check Out The Suburban Life for These 4 Cities in NY 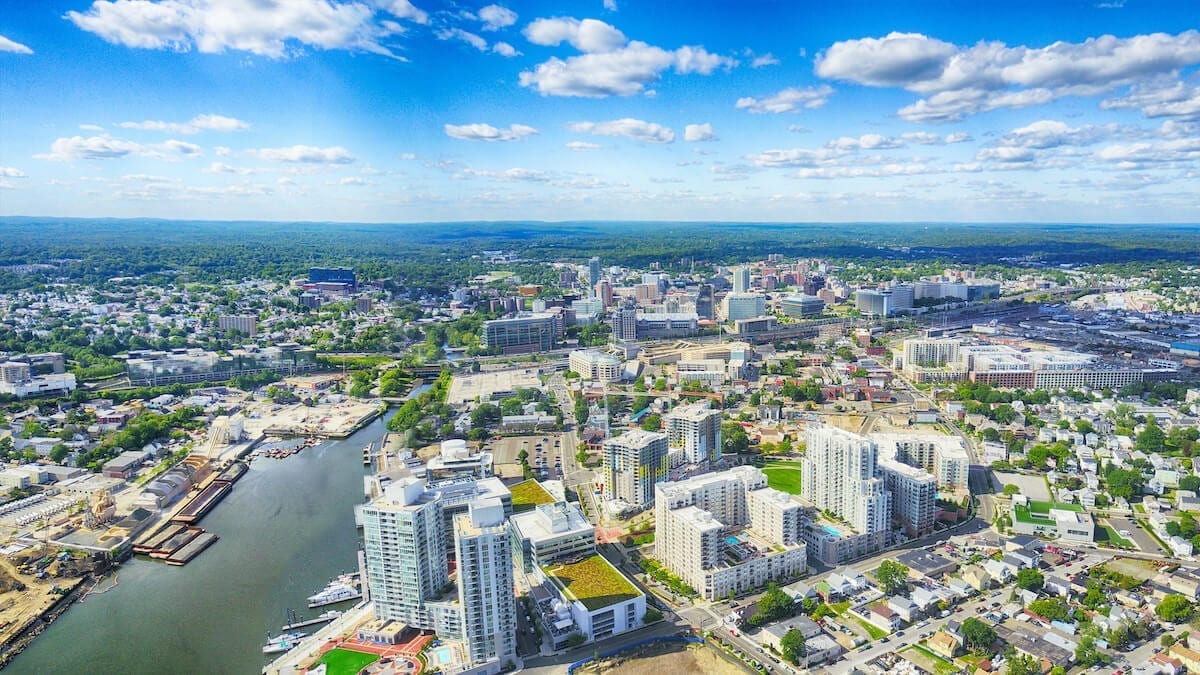 Consider it the best of both worlds—cities in suburbia offering what you can’t imagine giving up post-move with all the things you’re craving about suburban living.

Curious about living the suburban life? For more and more city families, that’s the solution—find a city in the NYC suburbs that offers the amazing amenities, amazing access, and amazing experiences you can’t find in a “traditional” town.

If you can strike that balance—which these four suburbs do—you’ll no doubt ease the transition from urban to suburban while, at the same time, getting more of what you’re looking for…think A+ suburban schools, more space and, of course, a BACKYARD!

Rye is a popular city-suburb in Westchester, that draws countless NYC families every single year—and with good cause. The area is a true city but has a decidedly suburban—and very family-centric—feel. Located on Long Island Sound, you’ll find an amazing sandy beach, marina, and private waterfront clubs lining the shore. There’s also a posh downtown, home to small independent shops, eateries, and more—and you can get to the city in less than an hour.

And, of course, there’s the school piece—and Rye excels. In 2019, Niche ranked Rye the #7 Best Place to Raise a Family in Westchester County with an A+ overall rating. The schools are also among the best in the area, ranking #4 in the county and consistently sending kids to schools like Cornell, NYU, and Georgetown.

Stamford is a serious city with tons of businesses, commerce and, of course, everything from an amazing suburban nightlife to celebrity-driven restaurants to high-end shopping—all with very suburban pockets perfect for couples and families. For many NYC families, that balance is a total surprise—and a welcome one.

From it’s spot on the water—and great waterfront activities at Cove Island Park, Cummings Park and the SoundWaters Coastal Education Center—to the music and theater venues, Stamford Town Center with its nearly 150 shops and much, much more, there’s never a shortage of things to do, taste, see and experience.

If you or your spouse commutes to the city, expect to spend about 50 to 75 minutes on the train. That said, many residents work in and around Stamford—it is a city, after all—or split their time between the two cities.

While much smaller than NYC, New Rochelle has it all. Just 13 miles from the city, New Rochelle boasts nine miles of coastline—and that means tons of waterfront access and activities for residents—plus a bustling downtown complete with popular destination restaurants, small boutiques, cafes, independent and big-name stores and more.

On the cultural front, the New Rochelle Council on the Arts keeps music, theater and dance coming to the city—pair that with galleries and a bustling public library and there’s no shortage of things to do. And if you can’t find it in New Ro, you’re close to everything else, given the city’s location between Pelham, Eastchester, Scarsdale, Mamaroneck and Larchmont.

And if you want to feel “away” and truly far from the city? Take a hike—literally. The Ward Acres nature preserve plus the Leatherstocking Trail—which runs all the way into neighboring Mamaroneck—are great for outdoorsy families.

There’s also a bird sanctuary with a hiking and walking trail, and a public marina that offers 300 slips and 150 mooring spots. Layer in the schools—public schools here earned an “A” from Niche—and it’s clear why so many families head to this city-in-the-suburbs.

Just under an hour by train, Glen Cove is experiencing a serious resurgence—though depending on where you head, it’s easy to argue the city never lost its Gatsby-esque Gold Coast vibe from a century earlier. Glen Cove is littered with century-old mansions, including Winfield Hall, a marble mansion once owned by F.W. Woolworth. JP Morgan also once called Glen Cove “home,” and his mansion at Mattinecock Point still stands.

The modern Glen Cove, though, offers homes ranging from the high $100,000s to tens of millions—there’s truly something for everyone. The downtown is in the process of a major overhaul, including hundreds of new luxury apartments and condos. With it, residents are already seeing an influx of high-end and family-friendly shops, restaurants and other amenities.

Most notable? A new craft beer brewery—Noble Savage Brewing Co., which opened in May—and the possibility of the Glen Cove Ferry coming back into service. When operational, it runs from the Glen Cove Ferry Terminal to Wall Street and 33rd Street in Manhattan, offering an easy, beautiful ride into the city.

While most Glen Cove students attend Glen Cove Public Schools, a portion of the city attends the highly-ranked North Shore School District in Glen Head and Sea Cliff. Alternatively, there are tons of private and parochial schools in the area. If you opt for Glen Cove schools, though, you’ll be eligible for free UPK just like in NYC. For city families who are ready to slide into that program, Glen Cove is a great option.