Considering a Move to Texas? Here’s What Our Local Strategists Have to Say 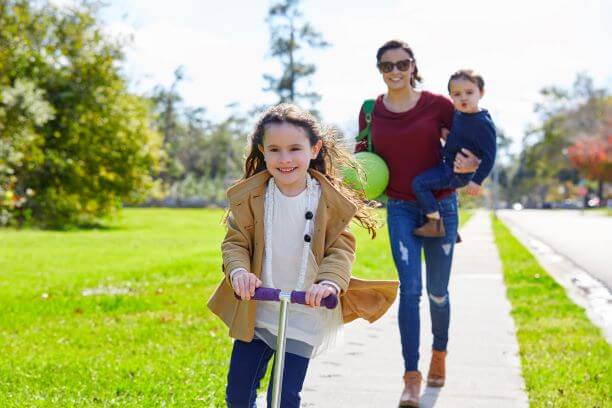 Our Austin & Dallas Strategists on How THEIR Communities Stack Up

Even before COVID-19, families from all over the country—and the world—were flocking to the Dallas and Austin suburbs.

Outpacing the growth of virtually every other major metro market, in 2020 Austin has added an average of 169 people per day to its population while Dallas grew by nearly 700,000 residents between 2010 and 2019—and expects to add nearly 1.4 million newcomers between now and 2029.

While many families relocate for work, plenty of others are looking for a lifestyle change—and, often, those families don’t know exactly where in Texas they belong.

“We’re hearing from families all over the country,” says Katie Cranis, Suburban Jungle’s lead Austin Strategist. “Families from New York, San Francisco, Chicago, everywhere are coming to Texas—and many don’t know exactly where they want to be. So a big part of our job is educating them on Austin and Dallas and, from there, what the surrounding suburbs look like so they can start narrowing their search.”

Her family, she notes, moved from San Francisco to the Austin suburbs. Dallas Strategist Lauren Wight is seeing the same trend.

“A lot of the families I talk to are considering the Dallas suburbs,” she says, “but many are also looking at Austin, too.” Having lived in both Dallas and Austin, Lauren recognizes why people would be drawn to both. “At the end of the day, they’re both very special places. I loved being in Austin and, now, I love being in Dallas.”

So, then, the big question: which area is right for you and your family? Here’s what our area Strategists have to say about Austin and Dallas.

Austin is very laid back. The city is known for its music and foodie scene—we’re home to South by Southwest, after all, and tons of famous restaurants and food trucks—and that really does trickle out into many of the suburbs. More recently, though, our corporate landscape has boomed—companies like Tesla, Amazon and Google are here or are planning moves here, and that’s driving families from more parts of the country this way.

That, I think, has changed the general vibe of many popular suburbs.

We’re also seeing lots of tech companies relocating or opening corporate offices in Austin. That’s brought in a new wave of Silicon Valley families. They are ready for a different lifestyle and when their companies opened an office in Austin, they jumped at the opportunity.

All of that said, don’t worry—we aren’t losing our Austin flavor. We’re just adding more segments and diversifying in so many ways, which is exciting. But if you’re looking for that music and food scene, it’s not going anywhere. Besides all of that, Austin and the surrounding suburbs are stunning—the area is really known for its natural beauty, and rightfully so.

We’re in the Hill Country area of Texas and it really takes your breath away the first time you visit—the hills, trees, lakes and rivers…waterfalls, even. It’s such an amazing backdrop, especially if you’re a nature lover. Families are constantly visiting Town Lake, Lake Austin, Mount Bonnell, Shoal Creek, Barton Springs for hiking, biking, kayaking and exploring—just to name a few hotspots.

Education is also front-and-center. We’re home to the University of Texas at Austin—plus 14 other colleges and universities—which definitely lends to the arts and culture scene. There’s a real college town feel that keeps things exciting. Many of the suburban schools rank among the best in the U.S.—Lake Travis High School, Westlake High School and Vandegrift High School consistently top the charts. Overall, I’d definitely call the greater Austin area a lifestyle choice.

It’s laid back, friendly, welcoming and fun—there’s the whole “Keep Austin Weird” notion that really permeates. There’s so much to do here and the suburbs are each very unique and have their own distinct vibe. I really believe there’s something for everyone here. We’ve loved every second of being in the Austin suburbs.

Dallas has always been very cosmopolitan and very business-focused—many major companies and global businesses are here and have been for years if not decades. I think, for that reason, in particular, Dallas has more of an urban vibe than Austin—there are big high rises throughout downtown and it feels a bit more compact, like New York City.

But head into the suburbs and you’ll find really different types of towns. Some have that classic northern Texas vibes, others are more progressive, artsy and packed with young families and transplants.

In the last decade or so, Dallas has also become a major tech hub so, from a job perspective, we’re seeing more and more people from Silicon Valley moving to the suburbs. Likewise, we have incredible shopping and dining—Dallas has more restaurants per capita than almost any other U.S. city. While many people think of Dallas as a traditional Texas city—and, for sure, there are those areas—we’re also well-known for our arts and culture scene.

The Dallas Art Museum—DMA—is one of the largest art museums in the country. Their permanent collection includes 25,000 works of art from all around the world, spanning 5,000 years. It’s incredible and it’s free to the public. There are also tons of smaller museums, galleries and concert venues. Also central to the cultural landscape: Wyly Theatre in the Dallas Arts District. It’s the world’s only vertical theatre.

Having lived in both areas I can definitely say that, while Austin is definitely known for being cool and eclectic, you can find really unique, edgy communities here, too. There’s something for everyone, both in the city and the Dallas suburbs. North Texas can feel a bit cookie-cutter, especially to people just moving here. But that’s not the case in Dallas—areas closer to downtown, in particular, tend to feel more artsy and urban. Bishop Arts District and Deep Ellum—a neighborhood with a rich history in the arts, jazz and blues since the 1920s—springs to mind.

Then, of course, there are the experiences Dallas is known for. We’re home to the Dallas Cowboys, which is huge here. But we also have the Mavericks, the Stars and the Texas Rangers—so sports are a big deal and kids play a lot of sports starting at a young age.

Dallas is also home to the State Fair of Texas, which is massive. The fair started in the 1880s and has been running straight through. Now it’s a 24-day event with unbelievable food and events every single day. You can’t live here and not go. Lastly, there’s the education piece, which is big for most families. Dallas is home to 37 colleges and universities, but it doesn’t feel like a traditional “college town.” Beyond the higher education scene, there are plenty of top-ranked schools in the Dallas suburbs.

Considering a move to the Texas suburbs? Get in touch and schedule your Suburbs Strategy session now. All of our services are 100% free.