Finding “Home” in the Connecticut Suburbs 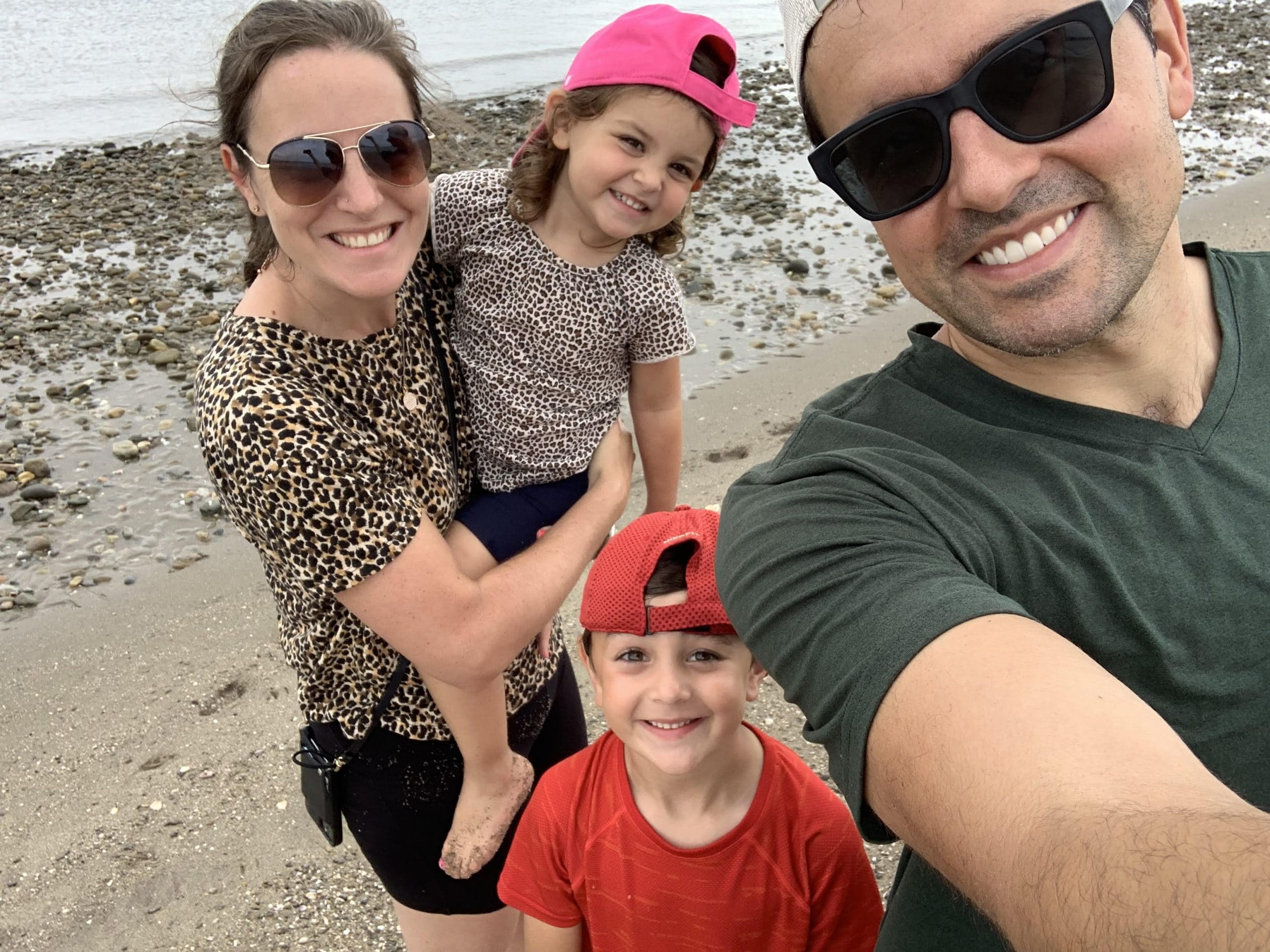 Keara and her family loved living in the city — until they realized the suburban possibilities.

Keara and Anthony Tanella were life-long New Yorkers, planning to raise their two young kids in the city. Ensuring they had the right space for all that came next, the family purchased their dream apartment on the Upper East Side and began renovations right before the pandemic hit.

“We weren’t thinking about leaving the city — then or ever,” Keara says. “I think a lot of city people can relate. When you’re in it, you’re 100% in it. It’s like the city is the only way to live. That’s how we were feeling at the time.”

The Tanellas also appreciated the quick commute — Anthony was an anesthesiologist at a local hospital, and he could get to and from work in minutes. Plus they could easily escape to their family in New Jersey or their vacation home in the Catskills anytime they needed a break from the hustle and bustle.

The COVID-19 shutdowns, though, quickly shifted Keara and Anthony’s perspective. With the family indoors more and more — and many of their go-to spots shutting down — they started to feel the urban squeeze.

“While we loved our apartment,” Keara says, “we were getting frustrated. We never felt a strong sense of community, and that was so important to us, especially as the kids got older.”

Beyond that, they knew they needed more space — especially spending so much time at home.

To help overcome some of their cabin fever, the family headed up to their home in the Catskills, where the kids fell in love with the great outdoors. That, Keara admits, made her consider a move.

“It was amazing to see them so happy and free,” she says. “They were in remote schools and would run around outside between classes. They got really into digging worms and fishing and all these things that they never got to do in the city.”

The kids weren’t alone, though.

“I also felt freer and more like myself,” Keara says. “I enjoyed going on runs and not having to stop at traffic lights every 400 feet. It was such a welcome change and really made us think.”

While the Tanellas recognized they were ready for something new, they weren’t ready to give up some of their urban perks — while Keara was working remotely, the idea of Anthony commuting hours each day was enough to backburner the conversation. Then, though, they received an offer they couldn’t refuse: Anthony’s former mentor called with a job offer — in Connecticut. During the conversation, she invited the family to visit her home in Westport and explore the area first-hand. Weeks later, they headed up.

“We couldn’t believe it,” Keara says. “They had a beautiful home in a great neighborhood, with lots of families. They seemed so happy. Immediately, we saw what life could be like in Connecticut.” Keara quickly reached out to Suburban Jungle. “I’d seen other moms post about Suburban Jungle — I got in touch with our Strategist Allison Levine, and she was great. I was so impressed at how well she understood me and got to the core of what was important to our family.”

Finding “home” in the Connecticut suburbs

After connecting with Allison, the Tanellas’ suburban search strategy began to take shape.

“The family needed to be close enough to Anthony’s hospital,” Allison says. “They also wanted a strong sense of community — to be in a neighborhood with school-aged kids and lots to do. They were also focused on finding strong public schools for their kids… all without giving up some of the things they love about the city, like great restaurants and parks.”

Over the next few weeks, the families toured Westport, Fairfield, and a handful of other area towns.

“We went to a coffee shop in Fairfield one day, then walked around downtown,” Keara says. “It just felt right. It didn’t feel like a suburb of a city. It felt like its own place.”

After exploring more, they knew this was the right suburb for them.

“We went to a few restaurants and people were really friendly,” she says. “Everyone was so laid-back and welcoming. I knew we’d found our town.”

In October 2021, the Tanellas moved to Fairfield. The transition, Keara says, has been even smoother than expected.

“People came over with cookies and wine the day we moved in,” she says. “Our neighbor down the street used to live on the Upper East Side. Now we walk back and forth from our houses, and our kids play together.”

The kids’ school, she adds, has also gone above and beyond to welcome them.

“The school secretary called before the first day and said how excited everyone was to meet us,” Keara says. “She also helped our son get set up with a buddy — they met before the first day and played. It was a great feeling knowing he had a friend going in — someone to show him the ropes. It’s just one of the reasons we love it here. Really, we hit the suburban jackpot.”

Find the right suburb for your family. Get in touch now and schedule a free Suburbs Strategy session.