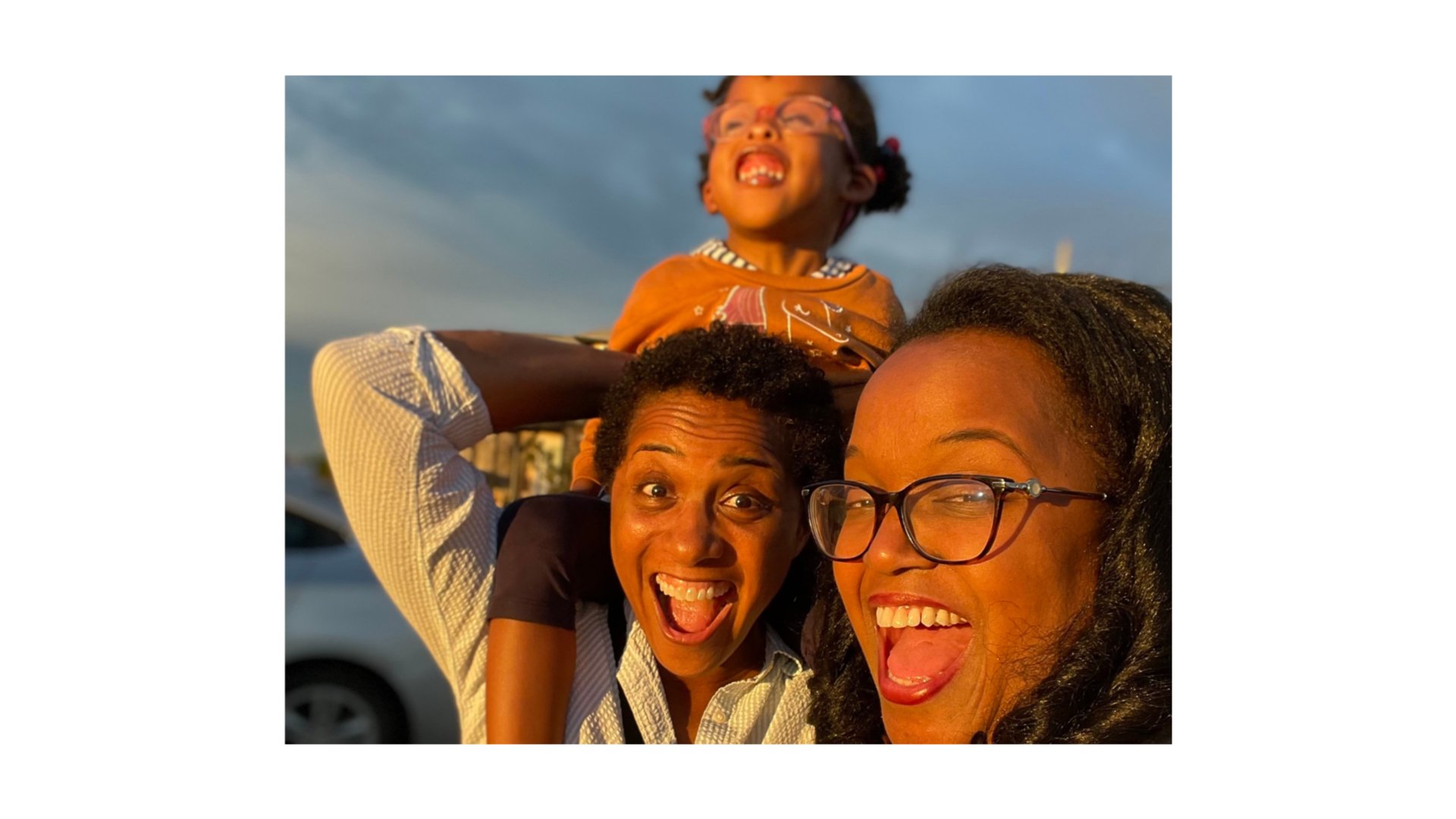 This multi-generational New York family made the leap to Montclair, together…

Windy and her wife Lois were long-time New Yorkers. Lois grew up in Queens, attended Pratt Institute in Brooklyn, and had been in Fort Greene since graduation. Windy spent her early childhood years in Brooklyn and, at age 10, moved to the Long Island suburbs.

“Because I grew up in the city and the suburbs, I recognized the value of both,” Windy says. “At the same time, I knew I wanted to raise my family in the suburbs, eventually. But I wanted a more diverse suburb — we didn’t want our daughter to be the only kid with two moms.”

Making plans to make a move

After welcoming their now two-year-old daughter Sunny, the couple started exploring the possibility of life in suburbia. Though they’d explored a few possibilities online, they weren’t sure how or where to start — that’s when Windy’s cousin recommended Suburban Jungle. Quickly, Windy connected with Strategist Alli Levine and together, they jump-started the family’s search.

“When Windy and I first connected, she had some initial thoughts about where she wanted to focus in New Jersey,” says Alli. “I explained our process and comprehensive approach — I wanted to learn as much as I could about Windy, her family, and their search priorities. There are so many characteristics that differentiate the towns, and the more detail clients can share, the better we can strategize and identify towns that align.”

Changing the search for good

From here, Alli connected them to Suburban Jungle agents in several New Jersey towns, and the couple began exploring. After guided tours of each community, Windy and Lois narrowed their search to two final towns.

“That’s when my mom got sick,” Windy says. “We had to reprioritize everything in a millisecond — suddenly, we needed a mother/daughter house or a house with an in-law suite, plus great hospitals close by. My life circumstances were evolving, and now our search had to evolve to fit.” Suburban Jungle, she said, helped her pivot immediately.

Windy connected with her Suburban Jungle agent and they reframed their search, with an eye on finding the right house for the family of three and Windy’s parents. Amazingly, just three days later, Windy got the call that, she now says, changed everything.

“Susan called, and she said, ‘Windy, there’s a house coming on the market, and I need you to take a look.’” The five-bedroom home was in Montclair and included an in-law suite with its own kitchenette and living area. “I assumed there was a catch—but no catch! We saw it, we loved it, and we made an offer immediately.”

That wasn’t the end — two other families had competitive bids on the house. To help their offer stand out, Windy wrote a “love letter” to the owners—a note that would ultimately seal the deal.

“We found out later that the love letter made the difference—our agent was told that all five family members were crying when they read it, and that’s what got us the house.”

Holding off, then moving ahead — and moving IN

But, still, that wasn’t the end. The early March inspection raised some issues that needed to be resolved — but, almost immediately after, COVID-19 hit, and shutdowns began. With a two-year-old, the couple was nervous to move ahead and, days later, decided to opt-out of the contract.

“We decided not to move ahead,” Windy explains. “But then, in the process of negotiating out of the deal, both of my parents were impacted by COVID and were eventually hospitalized.  Thankfully, they recovered, but at the time, we recognized that these family circumstances forced us to think long and hard about what was important. And we decided that our original desire to leave the city was even more urgent now. We needed a place that accommodated our evolving family needs, and this house was it. We then called Alli and Susan and said, ‘lets move forward.’”

The sellers promptly agreed to resolve the pre-close issues on their end, and Windy and Lois moved ahead. They pushed forward with their transaction in the middle of a pandemic, closed, and moved in May.

Now, Windy, Lois, and Sunny are settled in Montclair and have a home that, in many ways, has become the center of their extended families.

“This house — this blessed home — turned out to be exactly what our family needed during this time,” Windy says. “I am grateful for the work Suburban Jungle did — without Alli and the team we would not have connected with my Suburban Jungle agent, Susan. And without Susan, we never would have found this incredible house. Suburban Jungle was agile and responsive and supported us through these major changes — and here we are, happy and feeling very fortunate.”