Finding Their Perfect Neighborhood—Three Blocks Away 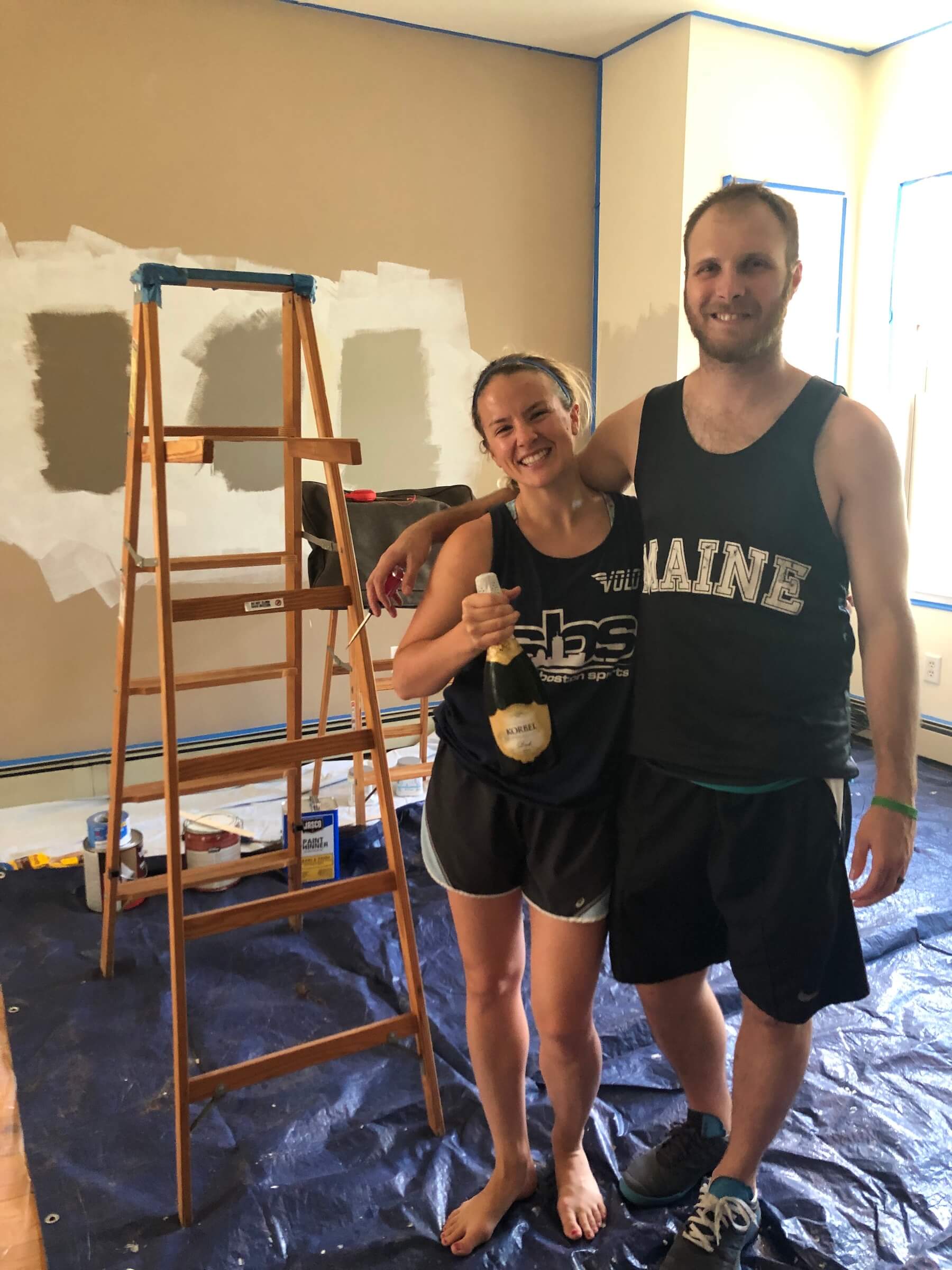 The Bradys searched suburbia and landed in their ideal neighborhood…in the city.

“We would have loved to stay in the city,” Jacky says. “But we didn’t think we could afford it. And besides, our long-term plan was always to raise a family in the suburbs, so we figured we’d just start that move a little earlier.”

Not knowing what to do next, though, the couple quickly reached out to Suburban Jungle.

“My co-worker recommended Suburban Jungle—she’d been a recent client,” Jacky explains. “I told her we had no clue where to start—we didn’t know anything about the suburbs or timing or what we could get for our money, nothing. She said to call Suburban Jungle and use that as a real jumping-off point.”

And, Jacky says, it was. Working with Boston Strategist Barbara Hirsch, the couple dug into the suburban scene.

“We initially focused on towns like Dedham, Quincy and Westwood,” Barbara says. “Those seemed like great fits, with each offering their own unique lifestyles. This provided a good comparison.” At the same time, Barbara says, she also encouraged them to consider what they wanted, now and in the future.

“To us, it’s not a decision of which suburb but, more importantly, where your family belongs. Often that’s the suburbs. But sometimes, it means staying in the city for the time being.”

Many Suburban Jungle clients, Barbara adds, struggle with the question of “should we stay or should we go?” While many are sold on suburbia before they get in touch, others aren’t sure and use this process to weigh their options and determine what makes sense now.

“It’s great when clients are open to both options and do town tours to see what’s out there,” Barbara says. “It really helps to inform their decision and decide if the timing is right now or to wait a few years. Sometimes it’s just a matter of timing—it’s too early for them to take the plunge. Sometimes they just need another year or two and then they’re ready to restart their search.”

Doing a complete 360—from suburbia

That, Barbara notes, is exactly how the Bradys search evolved. The more they searched, the more they kept coming back to the city—at least for now. Even so, the couple continued on their town tours and, even, made offers in communities that matched their wants, needs and goals. Nothing, though, panned out in the end.

“We felt like we were in this strange in-between space,” Jacky says. “We didn’t have kids—it’s just the two of us. We love Boston and love being in the city. We love going out to dinner and we play in several sports leagues around the city, so being here has always been a huge plus to us.

Then they spotted an open house three blocks away.

“That was it. It just solidified our decision to stay in the city,” says Jacky. “And, specifically to stay in Southie.” Helping that process, she notes, was their Suburban Jungle agent. “He was experienced and extremely well-versed in the city market, making the whole process so much easier,” Barbara adds.

Southie, she adds, has been the perfect spot for her and Colin. Not only can they walk to everything from the supermarket to restaurants and coffee shops but, in the summer, they can stroll to the beach and jump in on pickup volleyball games—both are avid players.

“It’s also got a real neighborhood feel,” Colin adds. “And there’s a direct commuter line in Southie, so it’s a very easy commute. It’s also a good commute for Jacky which, given her often later hours is so important.”

Making a move to suburbia…soon enough

That said, Colin explains, there were plenty of suburbs he could see his family living in down the road.

“We liked Dedham and Quincy, especially. There are plenty of places I’d want to revisit when we’re ready to restart our suburban search.”

And, both Jacky and Colin say they do plan to resume searching suburbia in the next few years, depending on what happens over the next few years. For now, though, they’re loving life—and loving their new apartment—in South Boston.

“I’d tell other couples and families to be patient—what you think you want or the direction you think you’re going might not be it. We had an open mind and we ended up exactly where we belonged,” Jacky says. The couple moved into their new South Boston apartment in July 2019.

Colin agrees. “We had an open mind—and we learned a lot.”