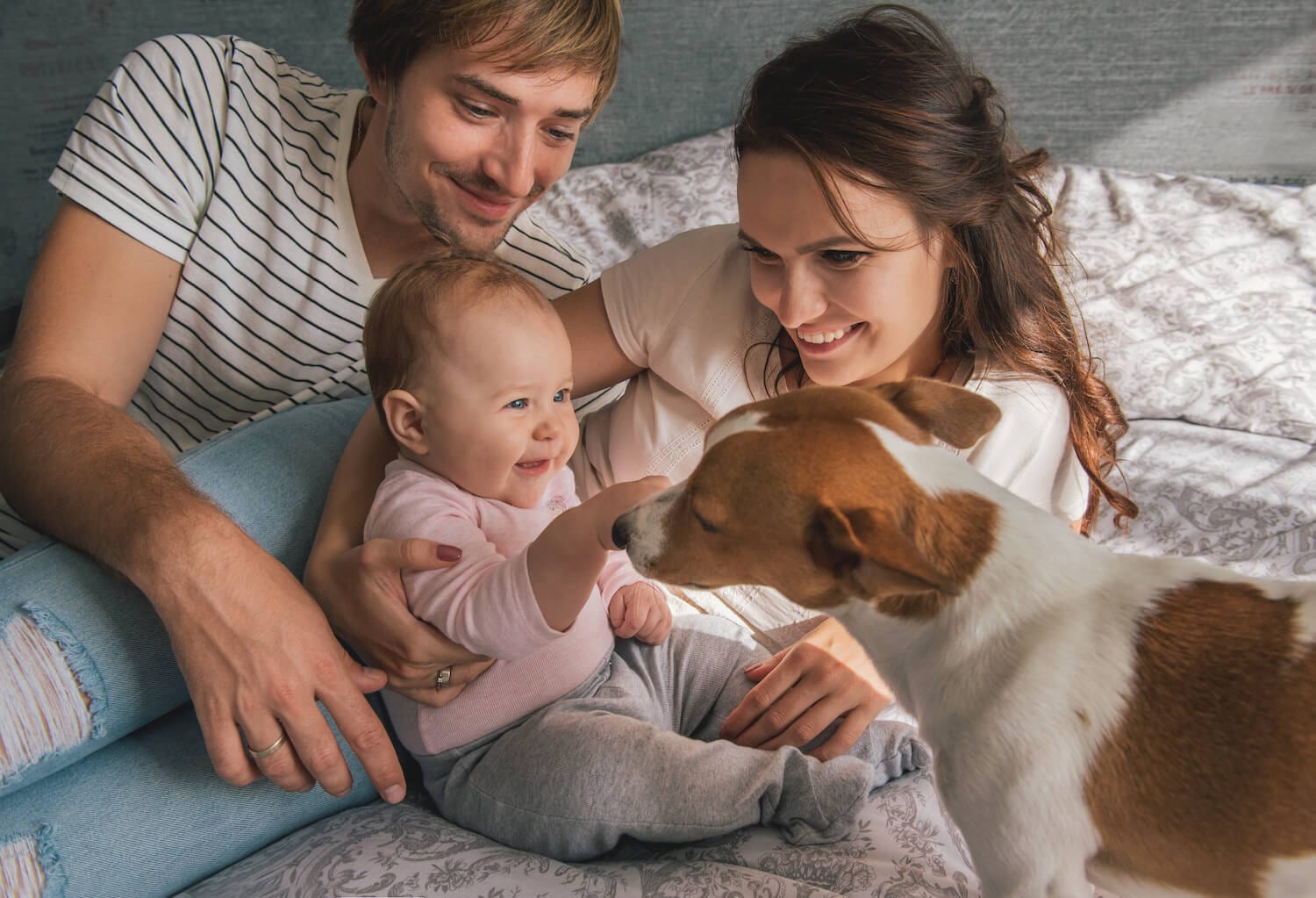 Bill and Shea didn’t think the suburbs were for them—until they found Suburban Jungle.

In November 2018, Bill and Shea were living in Midtown East with their then-infant and dog—and, very quickly, they realized it was time to start searching suburbia. Even so, this city mama was reluctant to make the leap.

“I thought I would be crying my eyes out on the day we moved to the suburbs,” Shea says. “I kept thinking I would be so sad to end our city chapter.” But, wanted more space, A+ public schools and a different lifestyle, the family started searching—and that started by connecting with Suburban Jungle and Strategist Patti Natiss.

“Suburban Jungle was a huge help in identifying potential towns to move to,” Shea explains, “and more importantly, with getting an honest understanding of what life in those towns might be like.”

By April, Bill, Shea and their baby were happily settled in Glen Ridge, New Jersey—and Shea was happy with her reaction.

“Surprisingly the only tears I had were happy ones as we moved into our new town and new home,” she says. “Glen Ridge has excellent public schools, a short commute to the city and an interesting downtown. It’s the personality fit we were looking for.”

Patti agrees. “Glen Ridge was a great fit for Bill and Shea,” she says. “It’s so walkable, which they definitely wanted—they didn’t want to lose all of their prior city life!”

“We definitely wanted walkability,” Shea says, “but I don’t think we realized how walkable things were until we moved in.” The family can walk to coffee shops, restaurants and the farmers market and, when kindergarten eventually rolls around, they’ll be able to walk to school.

That walkability isn’t the only thing they love about Glen Ridge. “The quality of life and peace and quiet is hard to beat,” Shea adds. “We just went to our first barbecue at a neighbor’s house last night. Everyone was so welcoming and it was just the icing on the cake to what we already believed to be a great decision.”

“Bill and Shea approached their search with eyes wide open,” Patti explains. “They took the time to do town tours and speak in-depth with me and with the Suburban Jungle team. This helped them both get real clarity on the personality of the towns and whether they would be a fit.”

Now settled in suburbia, Shea still can’t believe how smooth their transition from the city has been—and how much they love life in Glen Ridge. “Before completing this process together we honestly doubted whether the ‘suburban dream’ existed for us,” she says. “We now know that it does exist—and we have to pinch ourselves at all the perks of our new hometown!”