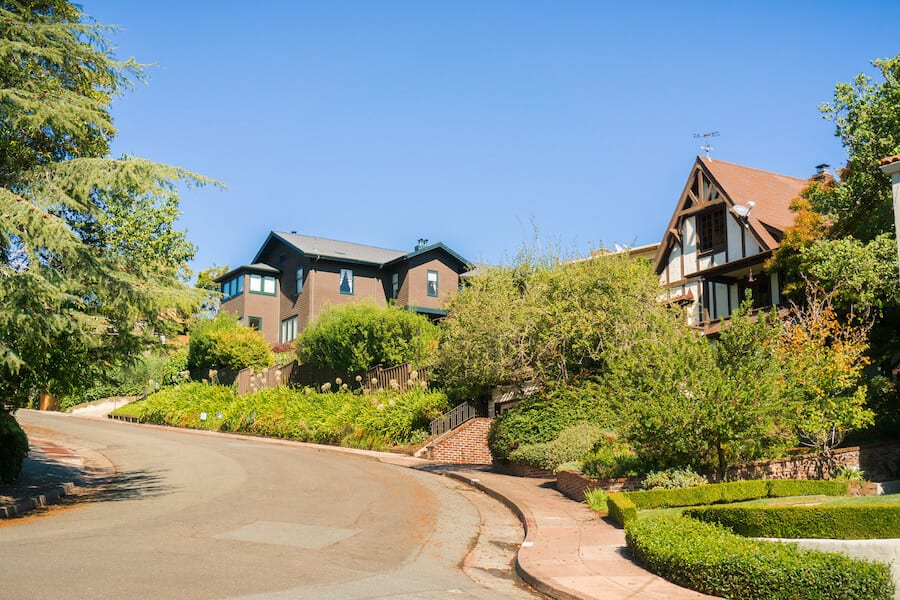 These San Francisco suburbs are amazing for families, and well worth the commute to the city.

Don’t let the headlines about Silicon Valley companies shuttling employees from San Francisco down the peninsula fool you. Commuting in the Bay Area happens in the opposite direction, too, with an increasing number of professionals leaving the city in search of more space, a slower pace and a change of scenery.

In fact, since 2000, 93% of Bay Area population growth has occurred in the suburbs. As a result of this trend, the suburbs have never been more attractive. The towns encircling San Francisco are quickly modernizing to serve their growing communities of urban transplants.

Ready to explore the suburbs but don’t know where to start? Check out these four vibrant San Francisco suburbs, all a reasonable commute from the city’s commercial center.

“Of all the places in Marin, San Rafael still has grit,” says Nakiesha, a product marketing manager and new mom. “It’s a city in development. The vibe is still to be determined.”

San Rafael may have an edge, but it also has everything you would expect from a North Bay suburb. Good public schools and libraries, easy access to breathtaking nature, and a walking path with views of the bay that goes alongside Target and Home Depot. Commuters can choose between driving, taking the WiFi-enabled Golden Gate Transit bus, or riding the Larkspur Ferry.

Whereas San Rafael is hip and gritty, Burlingame is elegant and trendy. According to the Burlingame Chamber of Commerce, the town was settled in the late 19th century by wealthy San Franciscans looking for a better climate. More than a century later, it’s retained its reputation as an upscale bedroom community thanks to its coveted location in the middle of the San Francisco Peninsula and sky-high eucalyptus trees along El Camino Real.

With a family-friendly community that values education, safety and the finer things in life, the City of Trees has excellent public schools, a high-end outdoor shopping district, and one of the best trick-or-treating spots in the Bay Area. Commuters to San Francisco, the South Bay or the airport are well connected via the highway or Caltrain rail service. Many residents also drive north to Millbrae and take BART.

Directly south of Burlingame is San Mateo. While the adjacent cities share much in common – excellent public schools, enviable weather, residential neighborhoods, highway and Caltrain access to the Bay Area’s main commercial centers – they’re far from identical. San Mateo also has a very accessible, inclusive, and casual vibe, and lots to offer when it comes to a fun night out.

San Mateo’s walkable historic downtown has become an award-winning dining destination where you can find multiple Michelin-starred sushi restaurants, two standout bakeries, Antoine’s Cookies and Backhaus, and a daily “spritz hour” at local favorite Pausa Bar & Cookery. San Mateo is also home to the Hillsdale Shopping Center, the unique kids’ museum CuriOdyssey, and a public library system that has repeatedly ranked as one of the best in the nation.

With over 400,000 residents, two professional sports teams (at the time of writing), and outstanding restaurants, museums and concert halls, calling Oakland a suburb is a bit of a stretch. So why are we including it on this list? Oakland has become an increasingly appealing alternative to San Francisco thanks to its unique blend of big-city culture and small-town community.

Despite its rising popularity, Oakland still has half the population density of San Francisco. There’s space to spread out and more cost-effective housing in tree-lined residential neighborhoods. Not to mention a recent diversity study by WalletHub ranked Oakland 34 overall out of 501 major cities (compared to San Francisco at 76) across five different categories.

“Oakland feels cozier to me,” says Leah, a digital communications strategist and mother of one. “It’s so ripe for meeting other young families. If you go around Lake Merritt with a stroller, you’re going to pass 50 other moms with strollers.” For other great places to see the community in action, check out Oakland First Fridays or Friday nights at OCMA.

Traffic on the Bay Bridge can be tough but not unmanageable, especially if you time your commute right or find a carpool buddy. If you prefer public transit, popular neighborhoods such as Lake Merritt, Temescal and Rockridge all have bus (AC Transit) and train (BART) access.

Why You Need a Car in the Suburbs

You may be able to swing one car but, when you move to the suburbs, you’re going to want to get behind the wheel.

It’s something we’re hearing more and more, especially from Manhattan families: do I need a car in the suburbs? Whether both parents grew up in the city—or in a city, even—and don’t drive or the family, simply, can’t imagine life without walking everywhere, it’s a question that’s popped to the top of clients’ lists lately.

“A lot of families don’t drive,” says Erika Ades, Suburban Jungle NYC Strategist. “A lot of times both parents grew up in the city and they just don’t drive—so they want a very walkable town.”

The short answer, she adds? In suburbia, you’re likely going to want to get behind the wheel at some point.

“When your kids are little you can get away with not driving in certain towns,” Erika says. “But then again, there are a lot of factors at play, even then. If you don’t get into the daycare you wanted that’s right on Main Street, you’re going to have to drive to another daycare. If you only eat organic foods and Peapod doesn’t have enough organic food options that can be delivered, you may have to hop in your car and drive to Whole Foods in the next town.”

While, she acknowledges, options like Uber and Lyft have descended on the suburbs and made getting to and from area destinations easier, it’s not a perfect science—and it can start to add up. Ideally, she explains, look for a walkable community but be prepared to drive—and to have at least one car in your driveway post-move.

“There are VERY walkable suburbs, especially if you choose a home that’s near things like the schools and the train station,” Erika explains. “But the reality is you’re probably going to need a car in the suburbs. Your kids are going to have playdates and soccer games—you’re going to want to drive, and NEED to drive.”

Even in these walkable towns, though, many families wind up leaning into the car scene—and they wind up loving the convenience. “The reality is, most people don’t walk,” says Pamela Goldman, Suburban Jungle Head Strategist in San Francisco. While San Francisco residents do tend to drive—and to have cars—many still crave that walkability. Even so, she notes, the level of walking post-move isn’t always what families expect.

“You might walk to get coffee and go to a playground when your kids are young. But what about during a rainy winter?” Pamela explains. “And when your kids get older, they’ll have birthday parties and activities that might not be within walking distance.” She also notes that, while San Francisco is known for having less-than-ideal parking, it’s much easier to snag a spot in the suburbs.

Heather Jagher, Suburban Jungle Head Strategist in Chicago, sees the same thing in her market. More than ever her clients want walkable suburbs. While there are plenty in the Chicago suburbs, she explains, many families are surprised with how much more driving they wind up doing—by choice.

“It always happens—you’re in walking distance to the train station, but you wind up walking because, let’s face it, mornings are hectic!” she says. “Or even if that’s not the case, there’s always an errand to run on the way home, or a game to get to, so you drive. Then it just becomes a habit.”

That said, walkability is still a great feature in a suburb, even if it’s just for the occasional stroll to the park, downtown or a favorite ice cream spot. “If you want walkability, don’t just look at distance,” says Maya Konig, Suburban Jungle NYC Strategist. “Look for sidewalks. You’d be surprised how many towns don’t have sidewalks! That’s going to make walking tricky, especially with kids.”

Talk to Us Today

Don’t just take our word for it. If you have your eye on one of these neighborhoods, schedule a brunch date or live like a local, at least for a weekend, so you can experience your new hometown for yourself. Get in touch to schedule your Suburbs Strategy session now.