From the UWS to Irvington​ 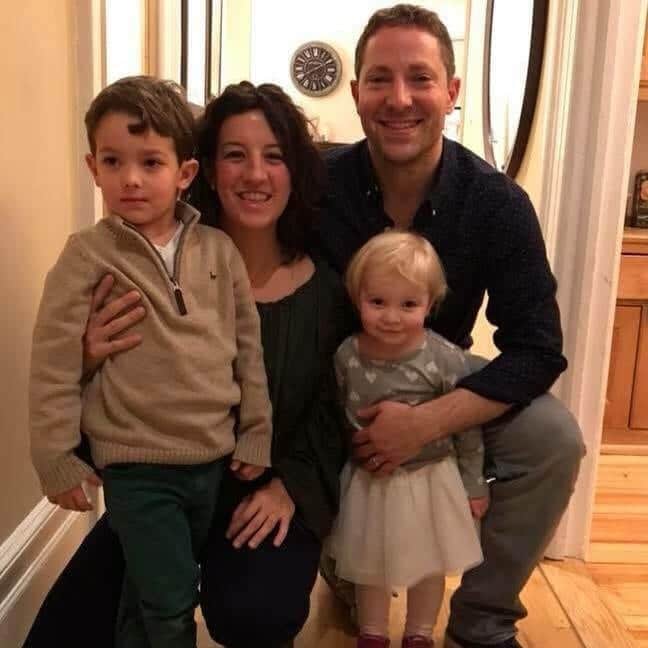 Finding an Incredible Community in the Rivertowns!

Ted and Kristin Mann loved life on the Upper West Side but, after welcoming their second child, that 750-square foot apartment started to feel alittletight. When they moved in 2012, “it was the perfect apartment and the perfect place to live for that point in our life, but that time had ended,” Ted explains. “We had two bedrooms but the second was pretty tiny. When our daughter moved into my son’s room—that second bedroom—it was pretty packed. Plus the apartment itself was getting crowded—you start to feel like the walls are closing in on you!” Knowing they wanted their son to start kindergarten in the suburbs, the Manns started searching, with help from Suburban Jungle Director of Strategy Patti Natiss.

Working with Patti, the Manns established their must-haves. “For us the driving factors were a mix of practical and more intangible, qualitative things,” Ted explains. “We wanted something that felt right.” On the practical side, the family wanted a relatively close commute since Ted heads into the city each morning. “It’s important for me to see the kids in the morning and be home for dinner,” he says. They also wanted great public schools and a more laid back community.

Initially, their search led them to two “finalists:” the Rivertowns and the Larchmont/Mamaroneck area. In the end, though, they chose Irvington. “We liked Larchmont,” Ted says, “but we just felt very drawn to Irvington. It felt like the right place for us.” Not only did they love the community, but they quickly found “The House,” sealing the deal for the family. “Patti did a good job getting to know us and our personalities, our interests and our priorities,” he adds, “so her pointing us to the Rivertowns was a good call.”

Another perk to Irvington? “We had friends from the city who moved here a year before us, and have a kid the exact same age as our son,” Ted explains. “It made the transition much easier for him. He moved to a town where one of his best friends already lives, and now he’s making more friends. It’s been great.”

Since moving in June, it’s been smooth sailing. “It’s pretty new but we’re settling in,” Ted says. “Everything has been absolutely great so far. The house is awesome, the community is great.” This past September, their son started kindergarten and “is doing great,” he adds. “He’s making friends, he’s loving school.” Even the commute has been good. “All else equal it would be amazing to have a two minute commute,” he says. “But it’s really not a big deal at all. It’s about an hour and 15 minutes door to desk, and the train ride itself is beautiful—it’s right along the Hudson River.” Ted has also found plenty of ways to be productive on the train. “I get a solid 40 minutes on the train to read and collect my thoughts on both ends,” he adds, “and I feel like I can make it all work, even with a little bit less time in the office.”

On of the biggest surprises so far has been the incredible sense of community Ted and Kristin have discovered in Irvington. “We had this idea that we’d move to the suburbs and not know anyone and feel isolated,” he says. “For us that hasn’t been the case at all. When you find a community that’s a good fit, there tends to be a lot of like-minded people. We have two small kids and want to get to know other families with little kids, and it’s easy to do that—lots of people just moved from Brooklyn or the city and they’re in the same situation. They’re looking to make friends.”