Finding (Cute, Quaint and All About Community) Katonah 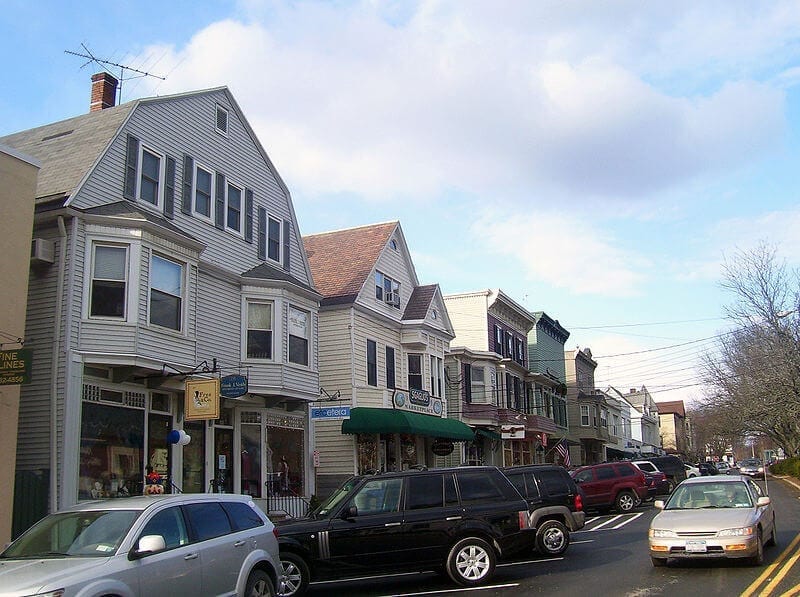 For this city family, Katonah was love at first sight…

“This is such a friendly community,” says newly-minted Katonah mom-of-two Rebecca K. “Immediately after we moved in, our neighbors started stopping by to introduce themselves, some of them bearing gifts and baked goods, and inviting us to barbecues and playdates.”

After living in the city for more than a decade, Rebecca and her husband wanted more space and to be closer to family when they had their first child—but they weren’t quite ready to make the leap to the “real” suburbs, as she puts it.

“We headed to downtown Stamford in 2016,” Rebecca explains. “It was that transition move before really heading to the suburbs because we were so trepidation about leaving NYC, where we both still work.” But, almost immediately, they were pleasantly surprised to discover that they loved living outside of NYC and didn’t mind being commuters.

“We were in Connecticut for three years, and downtown Stamford was the perfect stepping stone for us —but we quickly knew that our next step would be to find a house in the ‘real’ suburbs. We wanted a house and a yard, we wanted to be part of a smaller community, we wanted to be closer to family, and we wanted more space as our family grew.”

In 2017, the couple started searching the suburbs, but Rebecca admits they were unsuccessful. With a baby in tow, they kept exploring communities, but nothing ever felt exactly right. Then, a year later, they discovered Suburban Jungle — and everything changed.

“Having a Suburban Jungle strategist who we could brainstorm with was such an unbelievable benefit,,” Rebecca says. “Working with Suburban Jungle Strategist Maya Konig, the family continued touring towns and strategizing new communities that were in-step with their lifestyle. “Maya was a wealth of information, and we were able to ask her so many questions and get incredible feedback that really helped us hone in on potential towns,” Rebecca says.

“They both commute to the city,” Maya explains, “so that was a big consideration. They also wanted to be closer to their families in Northern Westchester, in a town with a train station. That really helped narrow down the options and formed their initial strategy.”

“Suburban Jungle also connected us with amazing real estate agents in the towns that we were considering, and consulting with those agents was incredibly helpful in conducting our search,” Rebecca says. “I cannot say enough good things about the connections that Suburban Jungle made for us in each community that we considered.”

After visiting a number of towns in Westchester and Connecticut, but not feeling that authentic connection they were seeking, Maya jumped in with a new suggestion: Katonah.

Initially, Rebecca wasn’t interested—she had ruled out Katonah before their search began for a variety of reasons. Even so, at Maya’s suggestion, Rebecca and her husband headed to Katonah with a Suburban Jungle agent to check it out. He had never been, and she hadn’t been in years.

After that initial visit they never looked back.

“We fell in love,” Rebecca said. “Our Suburban Jungle agent met us at the Reading Room, this adorable coffee shop in downtown Katonah that she suggested, and she showed us around the downtown. It just immediately felt like the right place that we wanted to raise our family. Katonah is so cute and idyllic. It has this quaint, low key vibe we felt and loved instantly, but it also has a great downtown with lots of independent restaurants and shops. It’s so artsy and has this incredible community feel, plus lots of young families like us.” They were also taken with the charm of Katonah Village and its walkability, with many desirable houses that are walking distance from the downtown, including its train station.

On that very first visit, they headed out with a Suburban Jungle agent to see some houses that were on the market, and wound up buying the first house they saw in Katonah. The family moved in August 2019, when Rebecca was nine months pregnant with the couple’s second child.

“Needless to say, it was chaotic!” Rebecca says. “But our neighbors are the absolute friendliest people ever. We were invited to barbecues and playdates immediately. And we live right in the village, so it’s totally walkable. We can walk to the school, the firehouse, library, restaurants. We can get up on the weekend and walk to get bagels. I was worried we’d be isolated when we moved to the suburbs, but that’s absolutely not the case—we actually love being out of the city more than we expected. We really take advantage of being able to walk into town, and we love supporting the local shops and eating at the delicious local restaurants.”

Beyond the walkability, Rebecca adds, they’re just minutes to their families. And, while their two kids are still a few years away from kindergarten, she’s already excited to get them into the local public schools, which they’ve heard great things about.

“Suburban Jungle is amazing, and Maya is patient and helpful — it was such an asset to have her holding our hand through this process,” Rebecca says. “Our Suburban Jungle real estate agent was also incredible. We love Katonah, and we are so happy to be making our forever home here!”