Living the “California Dream” in Connecticut 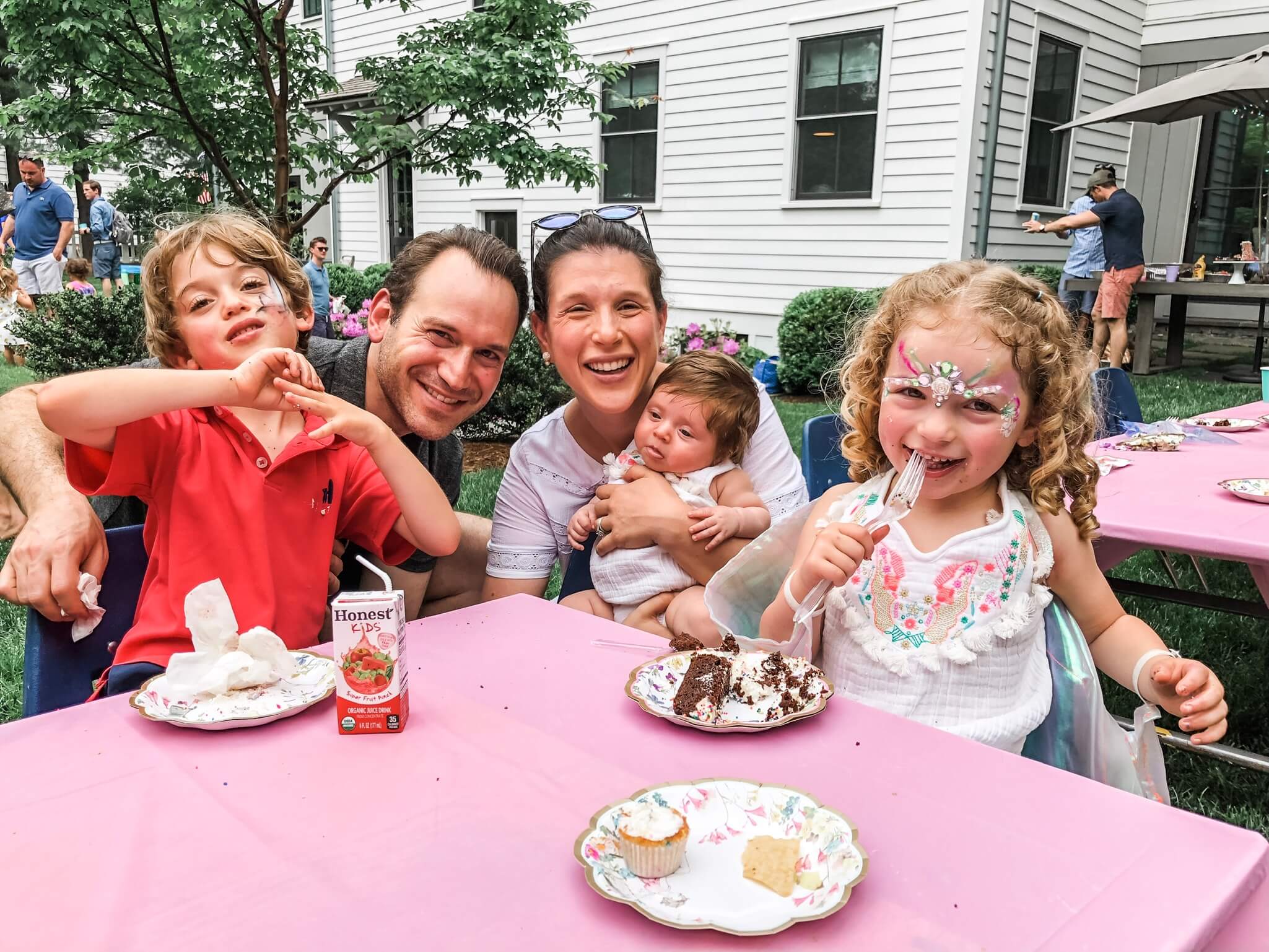 The Simmons Family was never leaving the city—until they did.

“We were the family who was NEVER leaving New York City,” entrepreneur and mom of three Margot Simmons says. “I grew up in Washington, DC, Jon grew up in Bucks County, and we had resolved to make our life and our kids’ lives in the city. To us, it was just where we needed to be.”

The Simmons Family set down roots in Manhattan, buying an apartment on the Upper West Side after spending years downtown. They welcomed, first, a dog named Briggs and soon thereafter two kids—Graham and Whitney.

“We buckled up and prepared to make the sacrifices we knew we needed to make to thrive in the city,” Margot explains. “We knew what it would take—my grandparents were lifelong New Yorker—they lived four blocks from us, in the same apartment my Dad grew up in…and he turned out great!”

When it was Suddenly Time for the Suburbs…


Then, almost overnight, everything changed. It was December 2016 and the family was were living in their Upper West Side apartment with two babies and a very loud dog, all crammed into a two-bedroom apartment. “It suddenly forced us to reexamine our choice to stay,” Margot says. While waiting for alternate side parking to end one night, Margot got in touch with Suburban Jungle and her Strategist Patti Natiss. She quickly suggested Westport.

“I didn’t see them ‘moving to the suburbs,’” Patti explains. “I saw them moving to the beach—to a really cool town with great community and a very artistic, very laid back vibe that seemed to sync with their own lifestyle in the city.” Margot and Jon agreed to start exploring—immediately.

“We had to move out of our apartment that weekend anyway, for emergency work,” Margot says. “So, on a whim, we booked a hotel in Greenwich and reached out to the Westport real estate agent Patti had connected us with. The rest is history! We saw one house with that agent and that was the house we wound up buying.”

After kicking off their search in December, the family closed on that very first house in early March 2017.

Weather notwithstanding, she says, the family often says they’re living the “California dream.” Commuting residents like Jon choose to live here for a reason—and that reason goes beyond the top-rated schools, friendly neighbors and amazing beach.

“They’re not trying to live a life that’s still in the city but have a little more space,” Margot explains. “They’re living a Westport life and happen to work in the city. The town has so much to offer from both a community, cultural and yes, even a culinary, perspective we hardly miss anything—except for maybe exceptional sushi and Sweetgreen from time to time!”

That said, both Margot and Jon say they went into the urban-to-suburban transition eyes wide open, and were truly ready to make the leap. That mindset helped, Margot says, and enabled them to be decisive and move quickly—literally.

“We definitely wanted to make sure Margot and Jon really understood Westport and any other communities that came out of our strategy,” Patti says. “It’s important to really get a sense for those ‘intangibles.’ Find out what people do for fun. Talk to people who used to live in the city and see what they miss about city life—if anything. That all goes such a long way.”

Looking ahead, Margot, Jon and their now three kids—they welcomed new baby, Faye, in March—can’t wait to see what’s next for their family in Westport. Margot restarted her successful doula and lactation consultant business and, in addition, serves as an Admin for the New to Westport Moms Facebook group, which welcomes new families to the community with social activities and more. She’s also pursuing her nursing degree.

“To say we love Westport is an understatement,” Margot says, now 2 ½ years post-move. “As soon as we came up that fateful weekend, we knew this was meant to be our home, and we’ve quickly rooted ourselves in a community that is more than we could have ever imagined.”