5 Towns for Kids Who ROW 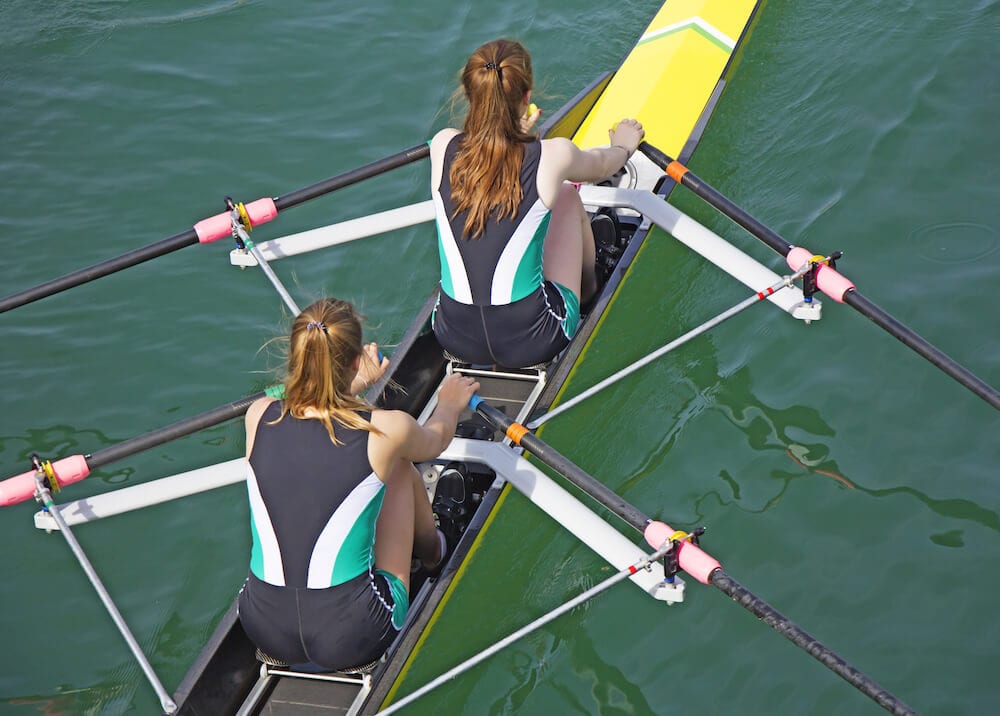 Whether they start young or pick up rowing in high school, crew is definitely popular on Long Island, with many kids heading from competitive private and public school teams or local rowing clubs into top collegiate programs. If your kids are already all about crew—or if you’re looking for a great way to get them engaged, active and on the water—check out these communities with A+ rowing opportunities.

Starting in 1998, the relatively new Huntington High School crew team—the Blue Devils—has already made serious waves on the rowing scene. In the 2019-2020 school year, the team boasted 40 co-ed rowers, who race in both fall and spring. During the winter, the team trains indoors, so students can expect a truly year-round commitment—and the results show. The Blue Devils are frequent front-runners at the State Championship regatta, entering multiple boats every year. Recently, the team scored a state championship title for the Men’s Senior Double.

Manhasset also has a highly competitive crew team, anchored by Manhasset Crew. Prospective team members are introduced to the sport in eighth grade, ensuring the club always has an incoming roster of new high school rowers.

Consistently ranked as one of the top scholastic teams in New York State, Manhasset Crew has won numerous state and national titles, with graduates moving into many Ivy League and Division I crew programs around the country. Kids of all skill levels—including beginners—are welcome to join Manhasset Crew, with training and support to help new rowers start racing quickly.

Oyster Bay is a paradise for families seeking a waterfront lifestyle—and kids looking to improve their rowing. While the public high school doesn’t offer crew, the Sagamore Rowing Club has both community and scholastic rowing programs open to middle and high school students. The club has both U15 and U17 competitive teams that draw kids from Oyster Bay as well as neighboring communities such as Locust Valley, Glen Cove, Sea Cliff and Glen Head.

Sagamore Rowing Club is a significant commitment but, at the same time, the teams are consistently among the top-rated teen rowing clubs in the country. Middle and high school crew teams practice three days per week in the fall and spring, and condition in the winter. The club also offers an U23 college rowing program for local athletes.

A frequent medal-winner at the state level, Syosset High School and Jericho High School have a strong combined crew program at both the JV and Varsity levels. In 2019, the four-boy JV boat defeated Fayetteville-Manlius High School to win the state title in Saratoga Springs.

Students from both high schools row together and, though a relatively new program, the results speak for themselves. In addition to the JV win at the state level last season, the varsity lightweight girls finished eighth in their division.

The varsity team practices six days per week in the fall and spring, including every day after school and Saturdays. During both fall and spring they compete in numerous regattas in and around New York. There is also a high school recreational team—participating students practice alongside the varsity team, and may attend practice as little as once per week or as much as five times.

In addition, the Syosset Rowing Club offers a middle school program for students in 6th through 8th grade.

Looking for a place to row? Let’s talk! Whether you’re looking for crew or other youth sports, arts, performance or STEAM, we can help strategize your next steps. Get in touch for a free Suburbs Strategy session.