Making a Pre-Holiday (and Pre-Baby!) Move to Maplewood 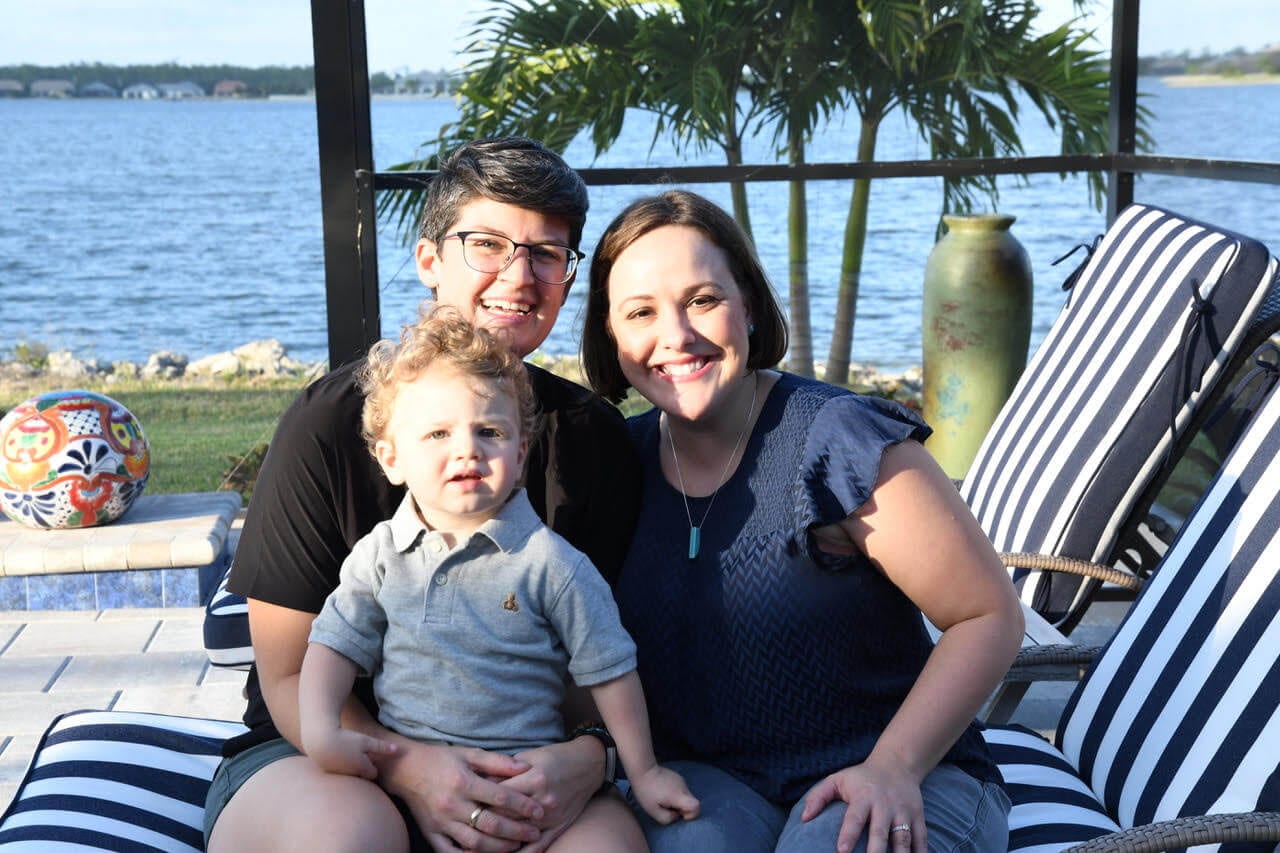 With baby #2 on the way, the Donovan Family was in search of an easy commute, amazing community and walkability.

Heather Donovan and her wife lived in Manhattan for more than a decade before making the move to Hoboken three years ago.

“We didn’t want to move to the suburbs,” Heather says. “We were having our first child and really wanted to maintain that urban lifestyle. In Hoboken, it felt like everyone was on that same track.” However, as soon as they settled in, the couple sensed it actually was time for the “real” suburbs.

“Pretty quickly we realized we actually were ready for the ‘real’ suburbs—and that we probably should have just made the jump in the first place,” she explains.

The couple stayed in Hoboken but, in early 2018, started exploring their suburban options. For more than a year, they—now with their now two-year-old son—started searching, focusing on towns they’d heard about from friends and relatives plus communities that popped up based on their own research.

“We were really focused on Westchester,” Heather says, “and I even liked the idea of moving to the Hudson River Valley. I grew up in a very suburban—almost rural—area, and I always envisioned that for my kids…lots of green space, parks, a yard.” The commute, she says, was the deciding factor—with her wife commuting to the city every day, Heather wanted a quick, comfortable trip back and forth.

Despite their best efforts, the family couldn’t quite nail down the right suburb to call “home.”

“We floundered for a year,” Heather says. “It was difficult to really find that ‘right’ community. I was collecting so much information about commutes and taxes and home prices—that ruled out a lot of towns, but we were still stuck. Then we reached out to Suburban Jungle and were introduced to our Strategist Allison Levine.”

That was spring 2019, Heather says—and within six months, the family was settled in their new home—and expecting baby #2.

“We got to work immediately, refining their list and identifying towns that aligned with their priorities—schools, taxes, commute, sense of community,” says Allison Levine, the Donovan’s Suburban Jungle Strategist. “We created a comprehensive list of towns spanning Westchester, Connecticut and New Jersey. They were committed to the process and really jumped in.”

The Donovan’s search took them through dozens of suburbs across New York, New Jersey and Connecticut. After weighing their options, the pros and cons of each and getting an in-person feel for many of the towns, the Donovans search ultimately led them to two front-runners: Croton-on-Hudson in Westchester and Maplewood, New Jersey.

“Allison was so transparent,” Heather says, “and really helped us consider the big picture—and when we’d start getting off course we could text her and she’d break things down for us, right away. It’s hard when you have friends and family and everyone telling you what towns to look at—and you can’t look at them all. Having Allison’s insight was really helpful. If it wasn’t for her, we’d probably still be in Hoboken, dragging our feet.”

The family toured both Croton and Maplewood with Suburban Jungle agents—and they loved both. Ultimately, though, they landed in Maplewood. There, they could be a “one-car” family, with a quick commute and access to a Jitney to and from the train station.

“Maplewood was such a great fit for Heather and her family,” Allison says. “It’s relaxed, very family-oriented and there’s so much to do. With a toddler and a baby on the way—and considering what they wanted in terms of commute and sense of community—it was a perfect spot to consider. And they immediately fell in love!”

For now, the Donovans are continuing to get settled in Maplewood—and counting down to baby #2, due in June.

“It’s been great,” Heather says. “If you’re thinking about making a move to the suburbs, I’d say start narrowing things down early on. We had such grandiose ideas of what we needed and wanted, but once we started looking at things like taxes and commute times and whether we’d need a second car, so many towns instantly fell off the list. I’d tell families to consider that big picture—that will help you refine your search and keep your list more manageable.”