Their Search Started and Stopped—Then, Within Weeks, the Oesers Were in Petaluma 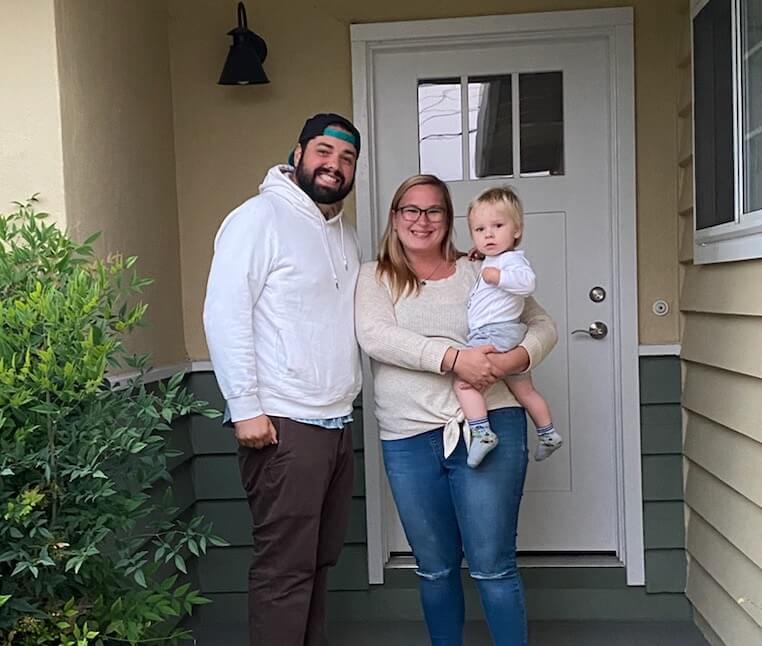 Over two years, Cody and Nick explored the San Francisco suburbs on and off, until it was truly time to make the leap

When Cody Oeser first connected with Suburban Jungle—and their Strategist Pamela Goldman—she and her husband Nick weren’t exactly sure where they wanted to be. They’d been married for just over a year and were living in Richmond, a San Francisco suburb. While they loved the area, they were eager to buy a house and settle in for the long term. “We reached out and Pam got in touch immediately. She was great, especially because we were such newcomers and so gung-ho. We really had no idea what we were doing!” Cody says. “But Pam brought us down to earth and helped us start pulling together some realistic options. She was so nice and so honest, which we really needed.”

Putting their search on pause—for now…

Ultimately, Cody and Nick opted not to dive in just yet, but they kept their eyes open and kept in touch with Pam. A year later they reconnected and jump-started their suburban search. “At the time, I wanted to live in Berkeley,” Cody says. “But we weren’t going to get what we wanted in Berkeley. Pam really listened to why we wanted Berkeley initially and helped us find smaller towns that had what we wanted. I doubt we would have considered—or even known about—some of the towns we looked at.” The small towns Pam recommended, Cody says, would enable the couple to check all of their boxes, including being in an area with a strong community vibe where they could find a detached home with plenty of outdoor space. As they explored, their list narrowed—then, they visited Petaluma. Cody, Nick and their two dogs went for a hike in Petaluma, then grabbed lunch by the water. “We loved Petaluma, from that first visit,” Cody says. “The only thing holding us back was Nick’s job—he was worried about being too far north, so we realigned and focused more on East Bay, which was a quicker commute for him.” While Pam helped them pivot, she also encouraged them to keep Petaluma in the running. “Initially Cody and Nick were worried about the commute from Petaluma, which I completely understand,” Pamela says. “At the same time, it’s an easy commute and Petaluma was absolutely in line with what they were looking for, from lots of outdoor activities, great restaurants, a cute downtown and a well-regarded public school system.”

After exploring a bit more, Cody and Nick again opted to pause their search temporarily—but, in the meantime, Pam connected them with Suburban Jungle’s Petaluma agent. “We all kept in touch,” Pam says, “and over the next few weeks we answered questions, talked about the community and the real estate landscape. And, pretty quickly, Cody and Nick decided to make a move.” Not only were they still in love with Petaluma, Cody says, but Nick secured a job interview in the area. That day, the couple headed out and explored with their agent even more. “That visit changed everything,” Cody says. “That sold us. There’s great food. It’s a very walkable community with an amazing downtown. And when we started looking at houses, we knew this was the town for us. We had no more questions or concerns in our minds.” Cody and Nick closed in late August 2020 and moved to their new Petaluma home in mid-September. Once they decided on Petaluma, Cody says, the process moved very quickly—because of COVID-19, she’d expected the opposite. The process, she adds, was seamless, from touring to making an offer to closing. She credits that to having a strong team in her corner. “My process with Pam and with Suburban Jungle has been wonderful—and everyone associated with Pam and Suburban Jungle has been wonderful,” Cody says. “Above all, though, I really respect their honesty—Pam, our agent, everyone we talked to. We were new to this and having experts backing us up and showing us the ropes helped us find Petaluma and really get settled here.” Nick, she says, is now working in Daly City. While it’s a bit further, she said they’re happy with their decision—and, for now, they’re both working remotely. While they haven’t been able to meet most of their neighbors because of COVID-19, Cody says those she’s met have been very welcoming. “One neighbor brought a pumpkin, then shouted ‘welcome!’ from a distance,” Cody says. “We take a lot of walks and just explore—but we’re excited to get out more and see everything that’s out there.” Ready to start—or continue—your suburban search? Get in touch and schedule your Suburbs Strategy session. All of our services are 100% free.