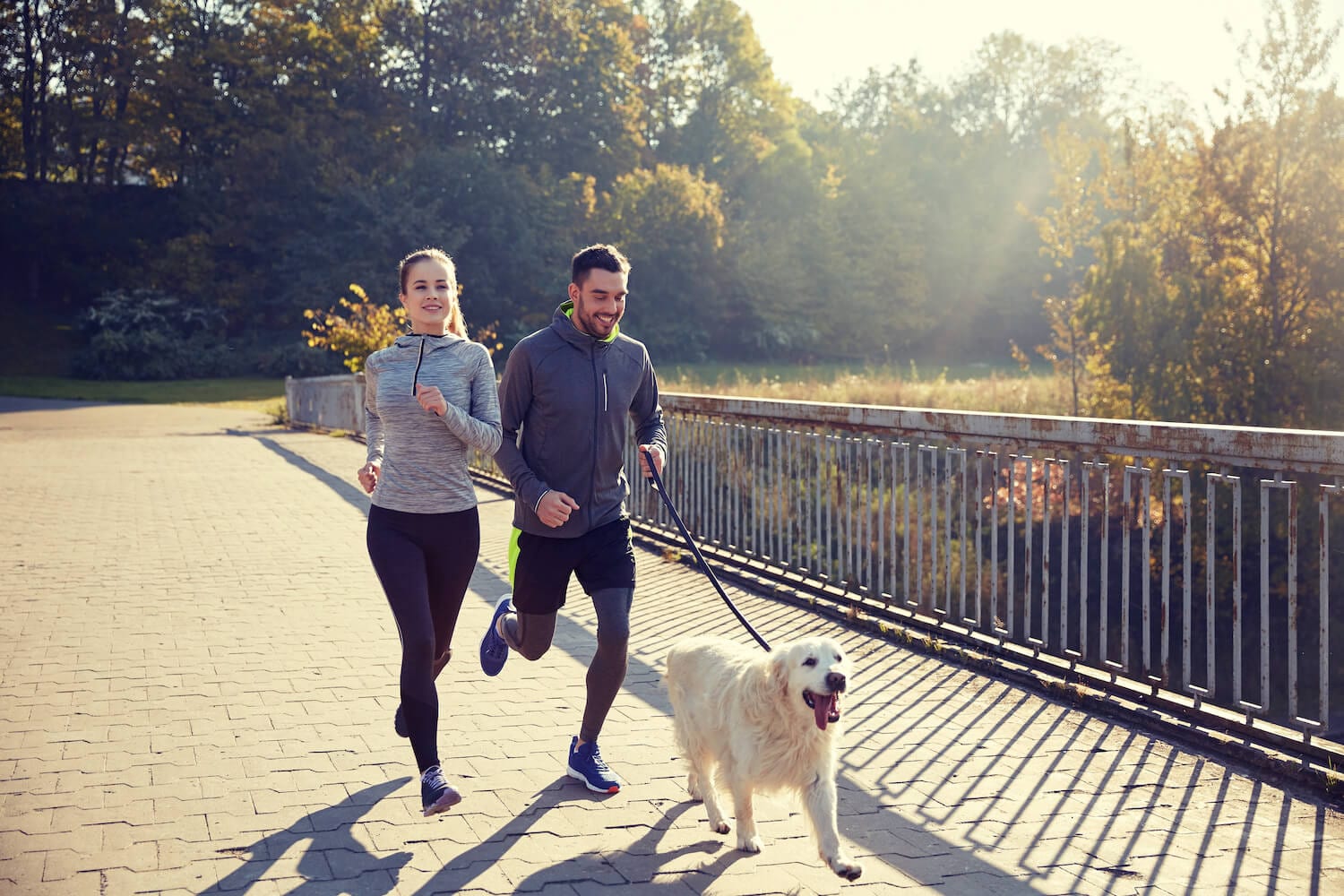 Andrea and Phil were planning for a move out of Manhattan—and they landed in Reston, Virginia…

“I’m from Manhattan,” Andrea C. says. “But I’ve left at various points for college and grad school. We came back in spring 2018 and had been in Hell’s Kitchen for about a year and half when we started looking in the suburbs.” Her husband Phil was particularly ready to go. He grew up in the suburban Midwest, and wanted the added space and overall quality of life that came with the ‘burbs.

“And I’m a big HGTV and home renovation fan,” Andrea adds, “so I’d been harboring plans to move to the suburbs, too.”

Getting to know the NYC suburbs

Phil agrees he was “anxious” to get out of the city. “But we really didn’t know what the suburbs looked like out here and we wanted to be sure we made an informed decision. To us it was ‘the suburbs,’ and there weren’t a lot of differences we were aware of when we started searching.”

Suburban Jungle, he says, immediately appealed to them. “It seemed like such a supportive approach to comparing and contrasting the communities—and we loved the town-first, house-second approach. That absolutely resonated with us.”

Working with Suburban Jungle Strategist Allison Levine, the couple started exploring different suburbs in fall 2019. With an eye on a quick commute, sense of community and access to great restaurants and activities, the pair toured Westchester and New Jersey, before narrowing their list to two towns.

“Andrea and Phil jumped right in and started exploring,” Allison says. “They were really open to different communities and narrowed down their list to two amazing towns. At that point, they just needed to figure out timing—would they buy in the spring, or wait another year.”

Then, Andrea got a job—in Washington, DC.

Switching gears on their suburban search

“I was offered a job in DC in January,” Andrea says, “so we pivoted FAST. We called Allison and she put us in touch with Suburban Jungle’s DC office.” Once in touch, she says, Suburban Jungle DC Strategist Sarah Fraidin Roggie jump-started their search.

“We had to get started right away,” says Sarah. “Andrea and Phil were so enthusiastic and couldn’t wait to explore—they were really excited for this next adventure!”

The couple traveled to DC twice, searching primarily in Virginia with a few must-see Maryland towns added to the mix. Having spent summer 2017 in DC, Andrea says, they had a sense of the general area. And, after touring the NYC suburbs so extensively, they had a good idea for the qualities they wanted in a community.

“We were looking for the same things in DC that we focused on in New York,” Andrea says. “We wanted a sense of community—and we definitely wanted more space. Also important — restaurants, lots of green space and trails—there’s lots of that in the DC suburbs.”

Working with Sarah—and, ultimately, their Suburban Jungle agent Jeremy—the couple kept touring and kept refining their town list. Jeremy, Andrea adds, was also a critical resource, who helped advise them on key stages of the purchase process, and worked hard to ensure the two could stick to their timeline. “He was able to deliver, even in these unusual circumstances,” Andrea says.

Making a move during COVID-19

While the pair liked many of the DC suburbs they toured, both Andrea and Phil say Reston—where they ultimately landed—stuck in their minds from the first visit. And with the Metro expanding, Reston would be an even easier commute than anticipated.

“Reston is a perfect blend of everything we wanted,” Phil explains. “Once we found our neighborhood and our house, we were in.”

But, with COVID-19 shutdowns starting after their accepted offer, the couple worried their big plans could get derailed. Surprisingly, Phil says, they were able to power through the process and go from accepted offer to close in about a month. They were even able to move out of their New York City apartment and into their new home without any delays or unexpected hiccups.

“It’s a miracle we got here and stuck to our timeline,” he says. “At so many points we thought we’d get stuck, but we didn’t. And it’s a good thing we had an accepted offer when we did because immediately after, the housing inventory decreased significantly.”

After an early April close, Andrea and Phil moved to Reston. Since, they have been getting to know the community slowly, even sampling the foodie scene via weekly takeout meals.

“We’re really looking forward to getting out and exploring,” Andrea says. “But we’re MOST excited to actually get furniture! It’s been tough—we want to walk into a furniture store and buy things, but we can’t. So, now, we’re basically living in a one-bedroom apartment inside a house. That will come, though—and we’re excited for it.”

Whether you’re searching in one market or many, Suburban Jungle can help. Get in touch to learn more and to schedule your free Suburbs Strategy session.