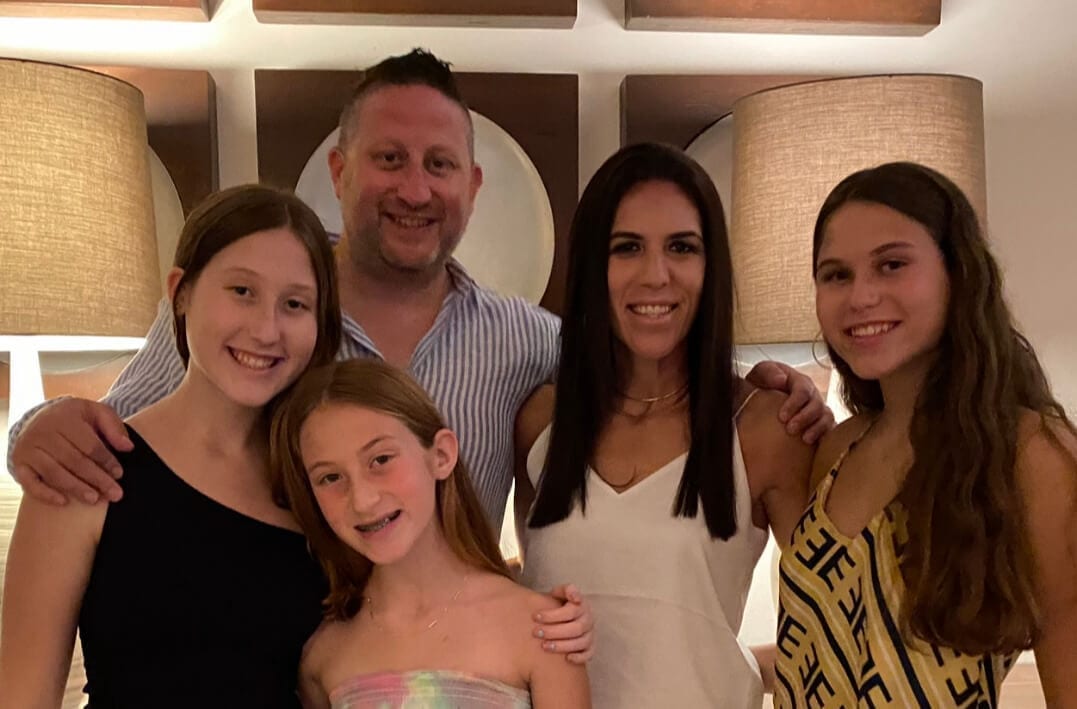 The Hobermans moved to Rye Brook 17 years ago, and never looked back.

Seventeen years ago, Suburban Jungle Strategist Robin Hoberman moved to the NYC suburbs before her three kids came along. “When we moved to Rye Brook we didn’t have kids yet,” Robin says. “We were also the first of our friends to make the move, so we didn’t know what to expect — but we did have a lot of preconceived notions about what life would be life. We assumed we’d never fit in in the suburbs. And besides that, we loved the city and didn’t think a suburban lifestyle would ever be as exciting or fun. But we were definitely wrong!” Fast forward to today and Robin is helping other city families find the right community for them — and soothe any fears about life post-move. “For us, leaving the city was scary and exciting all at once,” Robin says. “That’s exactly what I hear from so many of my clients — and I love helping through every step of their journey. It’s incredible to be part of such a life-changing time — and it’s even better to grab a cup of coffee with a client a few months after they move and hear how happy they are!”

The path to “home”

During her search, Robin says, she was focused on proximity — specifically, on finding a Westchester suburb that offered a quick, easy commute into Manhattan. Being from Long Island, the Hobermans considered towns like Port Washington, Plainview, Roslyn, and others — but also expanded their search into Westchester. “I had ties to Long Island but my husband Eric grew up in Westchester — so he was definitely angling for Westchester!” she says. “We explored both areas, though, and ultimately Westchester won out. At the time Eric and I were both working in midtown, and Grand Central was in walking distance to our offices — so Westchester made more sense, commute-wise. That, for us, was the tipping point.” She and Eric, Robin notes, were also focused on finding an area with strong public schools and a friendly, down-to-earth community with great restaurants and plenty of family-friendly activities. Once they visited Rye Brook, they knew they’d found “home.” “Rye Brook has been an amazing fit for us,” Robin says. “When the girls were small, I loved dropping them at school and seeing them get big hugs from the staff — and how everyone knew them by name. But we’ve also loved the amazing restaurants — there’s a real foodie scene — the parks, workout studios, shopping. Rye Ridge Plaza has become a real landmark!” They even wound up connecting with fellow city families — people who had lived right around the block from their Manhattan apartment. “We laugh now because it took a move to Rye Brook to meet people who literally lived a block from us in the city,” Robin says. “We can’t believe we didn’t meet sooner — we went to the same restaurants and gyms, and were in the Hamptons at the same time. We were living parallel lives in so many ways and, now, we get to raise our kids together and celebrate each others’ milestones. It was like having an instant support group — and that made our transition that much smoother.” The family continued to make friends in and around town, at the pool, the gym, at school and, simply, strolling their neighborhood. “Early on Eric joined a basketball league and synced up with other fantasy football fanatics. The kids joined teams and made friends in their classes. Rye Brook is small, but there’s so much to do and people are so friendly.”

Supporting clients in their suburban journeys

As their family grew, the Hobermans moved two more times in town, which has given Robin a unique perspective on Rye Brook living. “With each move, we’re surrounded by new people and have a new proximity to everything,” she says. “For such a small town, Rye Brook is so diverse and has plenty of different neighborhoods for families to explore. That’s one of the things we love about living here.” These experiences play into Robin’s work with Suburban Jungle clients and help her go beyond the basics and uncover what’s really important to clients. “Often there are things a person wants to duplicate in their new community, and certain things they want to avoid. Maybe they grew up in a real pressure cooker school district and want something more laid back for their kids. Or maybe they were in a more small-town community growing up, and want better access and amenities now.” Robin also focuses on how families spend weekends, what their work lives and schedules look like, and what their suburban priorities are — and why. “I have lots of clients who want walkability,” she says. “But that means different things to different people. Do they want to be able to walk their kids to school? Does ‘walkability’ mean being able to walk to restaurants and stores? Or to the train station? Or do they really want to be a one-car family and need easy access to everything?” In many cases, she adds, those kinds of priorities are more nice-to-haves than need-to-haves — and that distinction is important, too. As Robin continues to support families on their urban-to-suburban journey, she continues to bring her own experiences forward — and to encourage people to get to the know a ton before making the leap. “Check out the neighborhood before your move — take a class, eat in the local pizza shop or get coffee in town. Sit and take it all in. Then ask yourself, can you imagine yourself living in this town?” Find the right suburb for your family. Schedule a FREE Suburbs Strategy session now.