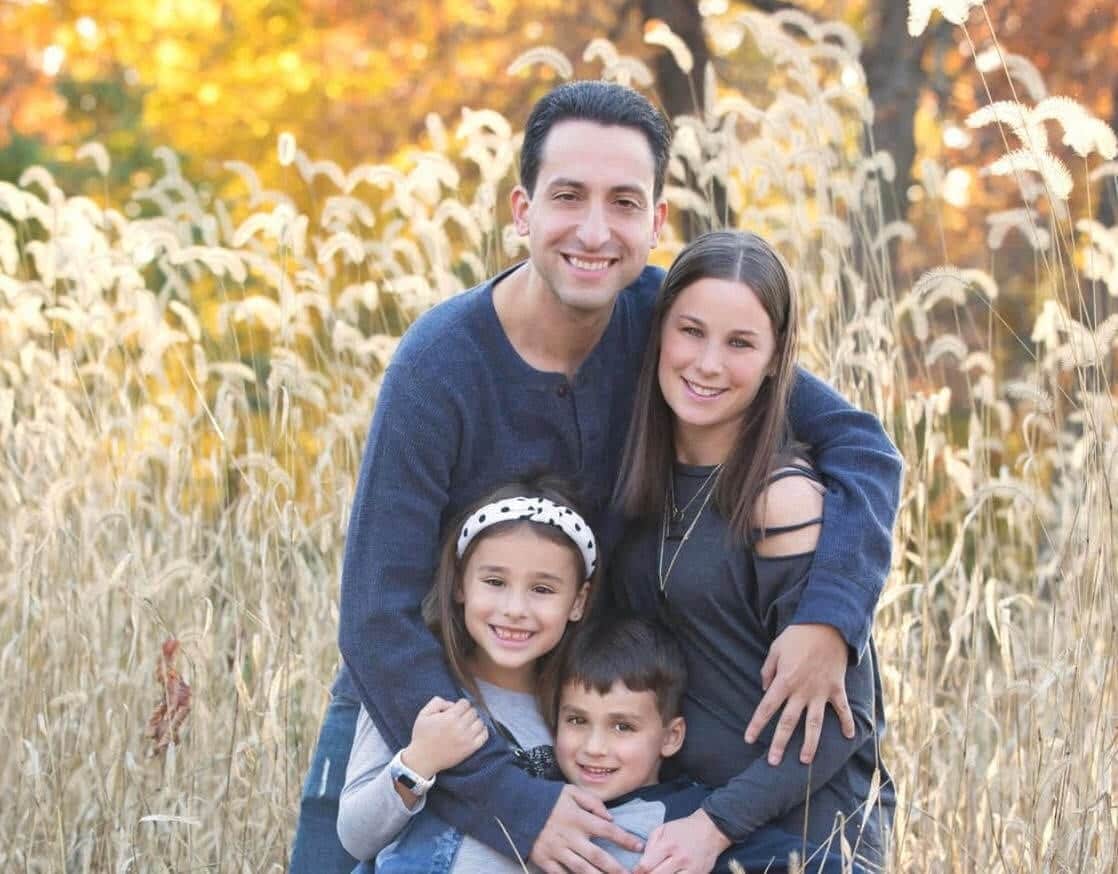 This Upper East Side family made a post-COVID move to Rye Brook, and never looked back

Scott and Stefanie Goldman began their suburban search a year before they made a move. “When we started our search we were living on the Upper East Side — us and our then-six-year-old and three-year-old in a pretty small apartment,” Scott says. “We knew we wanted the space, the lifestyle — we wanted to be in the suburbs.” They also knew they wanted to be in Westchester, but weren’t familiar with the different towns. “I teach at a public school on the Upper East Side and Scott works in Manhattan, too, so we wanted an easy commute to work,” Stefanie says. “We also wanted the kids to finish school in the city, so we weren’t in a huge rush to leave — but wanted to make sure we really explored and understood our options before making a decision.”

Beyond just a quick commute, Scott and Stefanie were focused on some key must-haves in their new community. For starters, they wanted to feel a connection — a sense of community and belonging. They also wanted strong public schools and to be in a neighborhood with other young families. Working with their Suburban Strategist Robin Hoberman, Scott and Stefanie began exploring Westchester with an eye on Armonk, Purchase, the Rivertowns and Rye Brook. While they loved getting to know the individual communities, one town stood out. “We loved Rye Brook right away,” says Scott. “It felt so comfortable. We instantly felt like we belonged in Rye Brook — and that’s only been reinforced since moving here.” Robin, also a Rye Brook resident, agreed. “Rye Brook is a fantastic community with lots of young families, top-rated schools and lots to do — it seemed to check all of their boxes, plus offered the activities, restaurants and city access I know is so important to many families making a move,” she says.

Making a post-COVID move to Westchester

The Goldmans went into contract in late November, just days after Thanksgiving. With their seller agreeing to a delayed close, the family was able to finish out the school year in the city then, in July 2020, made the move. “Everything we sensed and heard about Rye Brook has been true — more than true, even,” Scott says. “The very first night we were here our daughter was invited to a birthday party. It was amazing — an outdoor ice cream truck party. And it’s been non-stop ever since.” Their neighbors, the Goldmans say, paired with the shutdowns have given the family a chance to really get to know Rye Brook. “Because of COVID-19 we’ve really had no choice but to stay in town — and it’s been great to get to know our neighbors and our community,” Scott says. “We probably got to know the lay of the land much faster than we normally would have. The kids are in sports, their schedules are packed, they’ve had tons of playdates, we got to the park. We’re so happy to be here, especially now — and we’re so happy we found Rye Brook.” For those families looking to make a move, Scott and Stefanie agree that getting started sooner than later is ideal, and they’re grateful they had a chance to explore — and that they had Robin in their corner. “I’d recommend families start looking as soon as they think they want to leave the city,” Scott says. “Where you start and where you finish is very likely going to be different. Look at us — we didn’t really know what was truly important in a town. In giving ourselves time to search and explore, we started to figure out what we wanted and what we didn’t want, and they weren’t the priorities I expected going in. So give yourself that time — it can really change your entire search.”

Looking for a community that checks your boxes? Get in touch and schedule a FREE Suburbs Strategy session now.