Searching for Space, and a Sense of Community 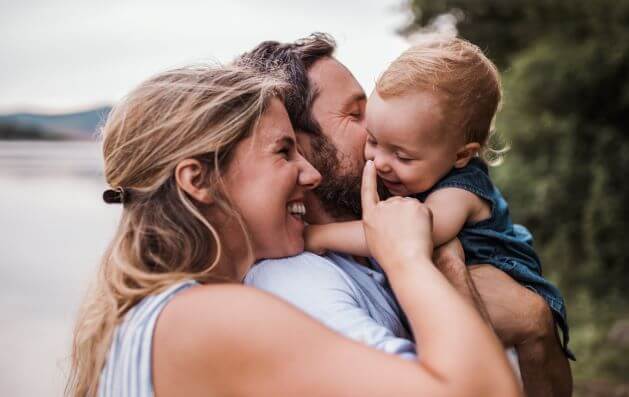 Mallory, Scott and their 15-month-old are making the leap to Demarest

Mallory and her husband Scott knew that they would eventually leave the city—but assumed they’d spend the next four or five years on the Upper East Side before making the move. Then, the COVID-19 shutdowns happened. “We were suddenly stuck at home, on top of each other, in this little apartment. We needed out—and we couldn’t wait five years,” Mallory says. Initially, they looked at a larger apartment in their building, but it just didn’t feel like the right move. “Being stuck in the apartment put so much into perspective—and it made us realize we needed more space NOW. The convenience of the city is amazing, but it just wasn’t enough to keep us here anymore.”

Beginning their suburban search—during a pandemic

In May, Mallory and Scott reached out to Suburban Jungle and connected with their Strategist, Alli Levine. The goal: find the right town and get to the suburbs sooner rather than later. “Alli was incredible. From the first call, I felt like I was talking to a friend,” Mallory says. “She was also such a pro and shared unbelievable insights on the New York City suburbs. From talking to her, we got a real sense of the different towns and could start making a list of places we wanted to tour.” Initially, Mallory and Scott cast a wide net, open to suburbs in New York and New Jersey with strong schools, a quick commute and easy access to Scott’s parents, who live in Rockland County. Ultimately, they narrowed their search to Bergen County, touring Glen Rock, Cresskill, Haworth and Tenafly. When they first toured Demarest, though, they knew they’d found “home.” “We loved Demarest immediately,” Mallory says. “It’s close enough to the city that we know our city friends will visit—and the schools are amazing. It’s also close to Scott’s parents. For us, Demarest checked every box.” Mallory also appreciated Demarest’s community-centric vibe. As they drove through town, she saw countless signs congratulating recent graduates and saluting first responders. “That was so telling. This is a town that really rallies around one another. That’s such a good feeling, especially since 2020 has been so crazy.” They visited Demarest several times, exploring the town and making pit stops at local go-tos like the duck pond. After each visit, they’d regroup with Alli and their Suburban Jungle agent. “We felt like we had the information we needed to make a smart decision,” Mallory says. “We were mindful of panic-buying—and we didn’t want to fall into that trap. Alli and our Suburban Jungle agent kept us grounded.”

Ultimately, Mallory and Scott closed in October. They plan to finish some work on their new home, then move in January 2021. Until then, they’re wrapping things up in the city and preparing for life in suburbia. “The city offers so much for young families,” Mallory says. “I’m glad that we spent so much time here. But I’m really looking forward to having more space—and I can’t wait to be part of the Demarest community. It’s exactly where I want our daughter to grow up.”