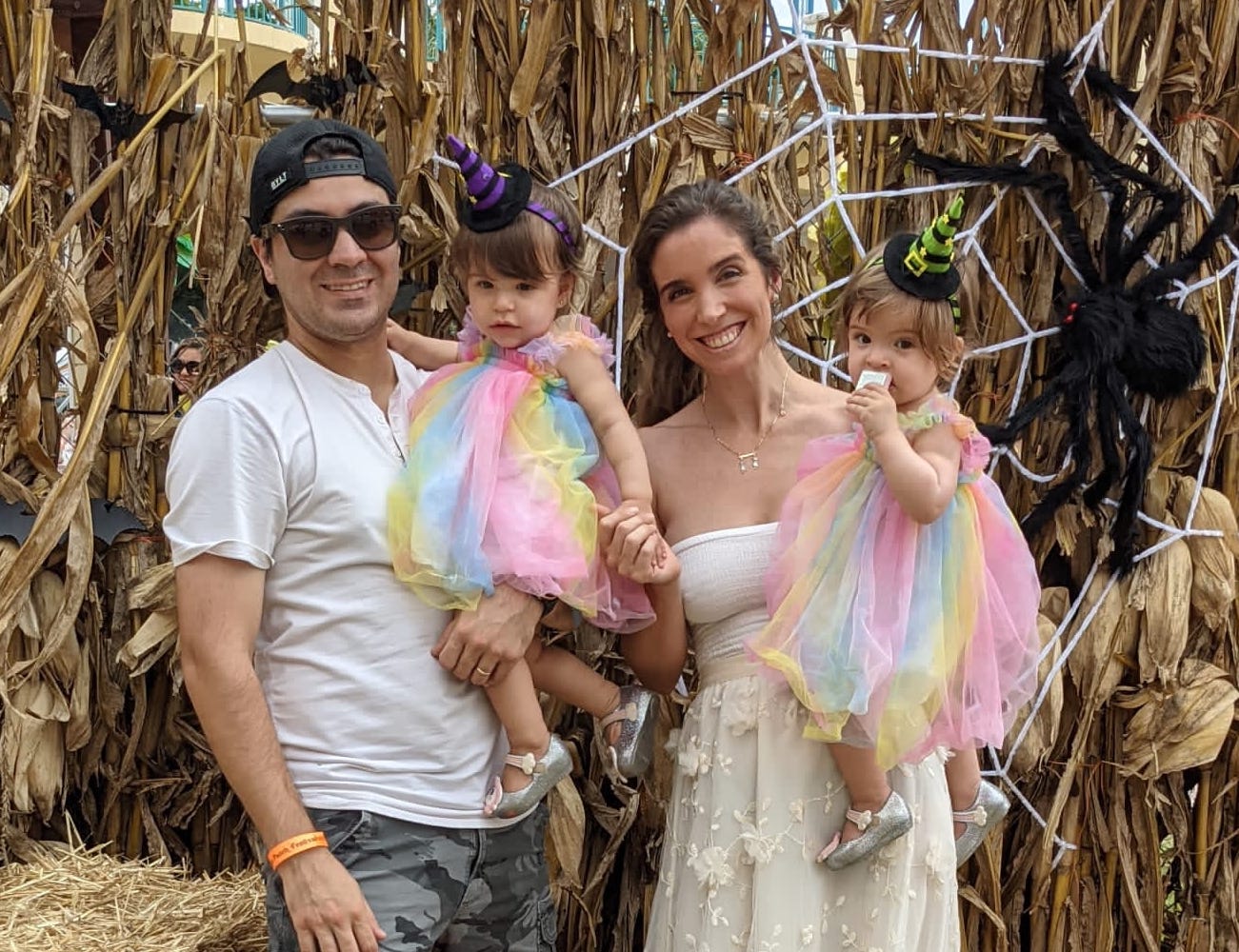 Marcos and Fernanda had never been to Florida — but they knew they wanted plenty of sunshine and quicker flights to visit family.

While Marcos and Fernanda loved Seattle, they didn’t love being so far from their family in Uruguay — especially once the couple’s twin girls arrived.

“From Seattle, it’s 24 hours to fly to Uruguay,” Marcos says. “You have to connect through two different airlines, at least. With babies, especially, that’s a challenging trip.” And every time they traveled, Fernanda adds, “there was some complication.”

With the twins’ arrival and COVID-19 shutdowns, their desire to be closer to family only grew — and, at the same time, Marcos was presented with an opportunity to work from home.

“Once remote work was on the table, we knew we needed to make a move,” he says. “Everything was aligning — we just didn’t know where to start looking.”

Quickly, Marcos and Fernanda zeroed in on New York and South Florida.

“We used to go to New York every now and then for work,” Marcos says. “Every time we went we had a really nice time. That said, we had never been with babies.” New York’s multiple international airports with direct routes to South America were also a draw.

“When Marcos, Fernanda, and I spoke, they were open to exploring the New York City suburbs,” says Suburban Jungle Strategist Allison Levine. “They knew that they wanted to be more accessible to their family in Uruguay. South Florida was another potential area of interest, so I connected them with our South Florida Strategist, Melissa Schneider. Suburban Jungle often works with clients to navigate parallel searches across multiple markets.”

“The more Melissa shared about the South Florida lifestyle, the more it sounded in line with what we wanted,” Fernanda says. “There’s also a direct flight from Miami to Uruguay — instead of spending 24 hours flying, we’d be spending 10 hours in the air, on a direct flight, and about half of what it was to travel from Seattle. That was very appealing to us, especially with the girls.”

Diving into their next adventure

While South Florida seemed more and more like the right move, the couple was concerned that they’d never been to the area before.

“We thought about coming to check it out,” Marcos says. “But with the girls and COVID-19 risks, it was almost impossible. So we decided to pack up and head to Florida — without ever having visited.” They quickly sold their Seattle condo and moved into an Airbnb in West Palm Beach, working with Melissa to explore potential communities to call “home.”

“Marcos and Fernanda explored a range of communities across several towns — Wellington, Palm Beach Gardens, Jupiter — and, ultimately, decided on Boca Raton,” Melissa says. “It’s a great fit for them — they’ll be close to lots of great activities in Delray Beach. Marcos grew up in a family involved in the equestrian lifestyle, so it was an added bonus that the Delray Equestrian Center was a hop, skip and jump away from their new community.” From there, she adds, they found the perfect neighborhood for the family: a beautiful gated community, with plenty of amenities — and plenty of other kids.

It’s better in Boca…
Now settled into Boca life, the family of four is taking full advantage of their new surroundings.

“We love it here,” Fernanda says. “We love being in the sunshine, especially after living in Seattle for so many years. It’s nice to be able to take the babies in the stroller and walk around the neighborhood…anytime.”

They’re also eager for what comes next.

“We’re really looking forward to the girls growing up and having friends who live nearby,” Fernanda says. “I see teenagers getting together in the restaurants right here in our community. And I think, ‘this could be our girls meeting their friends — and we’ll get to know their parents. That’s something I really love to envision when we think about the future here.”

We’re here to help you find the right fit for your family. Schedule a FREE Suburbs Strategy session today to get started.

Grab a Slice! Take a Pizza Tour of the New Jersey Suburbs