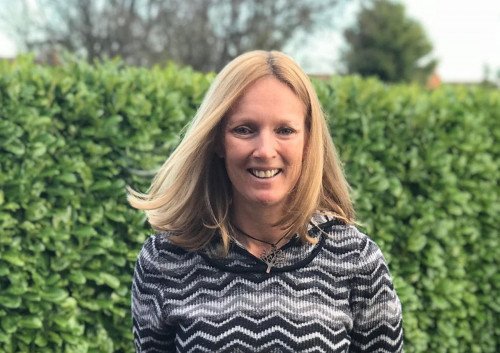 Lisa understands what it’s like to find a town that really fits and uses her countless moving experiences to service clients in both Colorado and D.C.

Lisa Tsoupelis grew up in a small town in the U.K and attended the University of Cambridge. She met her husband while he was stationed there with the Navy.

They initially settled in the D.C. suburb of Arlington, three miles from the city. Eventually, she became a Suburban Strategist in the D.C. market where she still continues to help people find their perfect neighborhood.

“I love the walkability of it, the feel of it, to be able to go out to restaurants and bars and actually know people who are dining inside,” Lisa says. But even though they connected to the community, working for the government meant rarely staying in one place for too long – in the years that followed, Lisa and her family moved a lot, spending time in the U.S. and abroad, including a stint in Turkey.

Heading – and staying put – in Denver

In 2016 the couple made another move – this time, to Colorado.

“​​We actually owned a home in Breckenridge, up in the mountains, for a few years,” Lisa says. “My husband was commuting down to Denver, which is a long drive. After two years, we packed up, got a golden retriever puppy, and moved to Denver.”

Four years later, Lisa and her husband are still in Denver – and loving every minute.

“​​If you want the city, you can get there super quickly,” she says. “If you want the outdoors and that feeling of being able to breathe, then you have that as well. It was the perfect lifestyle move for us.”

That local know-how paired with her unparalleled knowledge of making often long-distance moves made heading up Suburban Jungle’s D.C. and Colorado offices an ideal role.

“I love the town-first approach,” Lisa says. “Several times I loved my house – but the neighborhood or town just wasn’t right. It’s not a great feeling. You feel very stuck. So starting with the town makes sense.”

Lisa also recognizes priorities often change as people move through different life stages – and what you wanted when your kids were young might not be what you want as an empty nester.

“The Colorado suburbs really does have something for everyone,” she says. “You can be in the mountains in 30 minutes. There’s amazing hiking, and state parks. I love connecting to people who are considering the suburbs or, even, considering the Colorado area so I can understand what matters most to them – then we can really start zeroing in on what makes sense for their wants, needs, and lifestyle.”

Considering the Colorado suburbs – or anywhere new? We’re here to help. Reach out today to get connected with one of our Strategists.