A Suburban “Redo:” This NJ Family Landed in the Wrong Town…at First 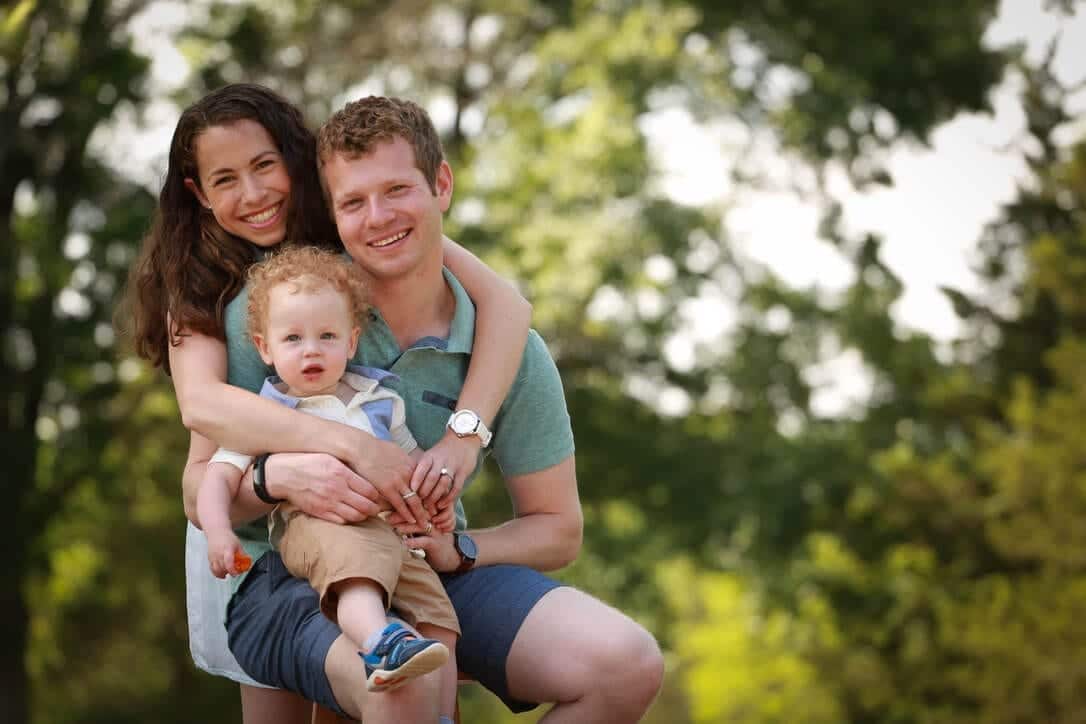 “We weren’t coming directly from the city,” says Mindy Staloff. “We left Manhattan and moved into a new development in New Jersey. It seemed perfect—it was a beautiful new construction that seemed to check all of the boxes. But pretty quickly we realized it wasn’t the right fit for us.”

Mindy’s husband Bobby had recently accepted a position in New Jersey, and the couple was eager to get back to their mutual home state—and into the ‘burbs—ASAP.

“We were happy to be in New Jersey,” Mindy explains, “but there were just so many things the town lacked that we really wanted and needed.” Those missing pieces, she adds, were especially prominent after welcoming their son Cody. Mindy was home with Cody and “really felt it,” she says.

“We wanted something totally different. We wanted to feel like part of a community, and we just didn’t. Everything was so spread out.”

Instead of hoping for the best, Mindy and Bobby opted to reassess—they knew there was a better New Jersey suburb for their family, but just didn’t know where, exactly, it was.

“That’s when we found Suburban Jungle—and Patti!” Mindy says. “We just loved how it worked—the town-first approach made so much sense to us, and that’s what we really hadn’t done the first time around.” Her first call with Suburban Jungle Strategist Patti Natiss lasted for more than an hour and, during that time, they discussed their wants, needs and goals. From there, Patti strategized a targeted town list for Mindy and Bobby.

“Schools were very, very important to them,” Patti explains, “so was having that right vibe—they wanted a town where they’d be comfortable and that was not too intense.” The family also wanted to be within an hour of their family in Marlboro. Immediately Patti sent them on town tours and, Mindy says, they could immediately see and feel the difference from town to town. “We immediately knew we needed to move,” she says.

In late July 2019 the family moved to Livingston, New Jersey—and they haven’t looked back.

“Livingston is such a great fit for Mindy, Bobby and Cody,” says Patti. “There’s a real sense of community and tons of people for them to connect with—lots of young families, stay-at-home moms with young kids and plenty of activities for Cody during the day.”

Just three months in, and already Mindy sees what a difference the right town makes. There’s so much for them to do as a family, she says, including places to explore and local events—and, already, they’ve started making friends and getting more and more ingrained in the community. And besides Livingston goings-on, Mindy adds, there’s always tons going on in nearby Summit, Millburn, Montclair and Maplewood—so much, she says, that they really don’t miss city living.

“We’re constantly meeting people and joining different programs and groups and activities,” Mindy says. “We haven’t been there that long and, already, we feel like we’re part of the community. It’s great.”

Looking ahead, Mindy is eager to keep exploring her new community, and build even more connections in the process. To city families considering a move, Mindy recommends working to get a real sense of each community you’re considering, and not just making the leap based on a house.

“Get to know a town before looking at houses,” she says. “We picked a house but didn’t know a lot about the town—we just knew about it on paper. And on paper, that first town seemed amazing. It was consistently voted the best place to live, had top-ranked schools…it just didn’t feel right. I’d tell city families to really connect with people in towns they’re considering and spend a lot of time exploring them—and call Suburban Jungle!”