The Push Off the Cliff ​ 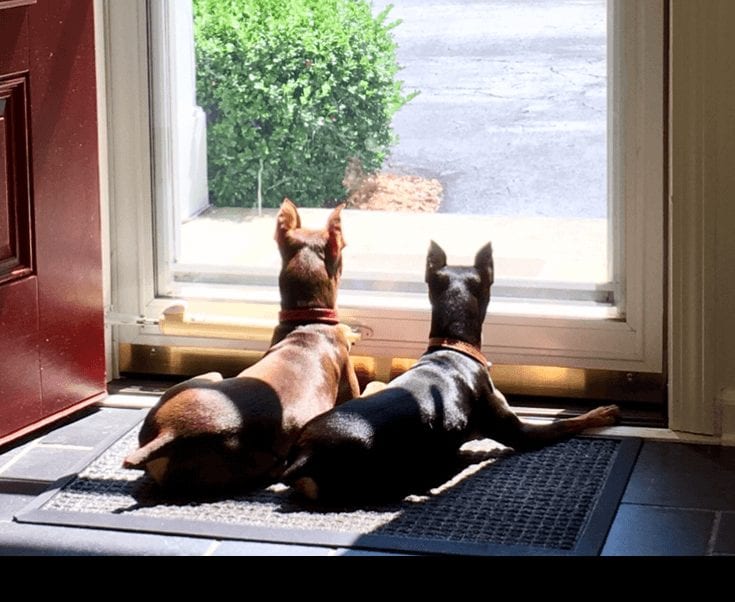 Why This Family Left Manhattan for Stamford

Rene Rivas-Berdecia and his partner spent nearly a decade on West 54th Street — and, before that, another 10 years in Chelsea. “My partner is from Brooklyn, so he’s been here even longer,” Rene says. “But he’d been working in Stamford for a long time. He did a reverse commute for 12 years. It was time to leave the city.”

It wasn’t just the commute, though. After 20-plus years together in the city, the hustle and bustle weren’t quite as appealing as they’d once been. “We were right in the middle of everything,” Rene explains. “It was extremely convenient and really exciting for the first three years of living on 54th Street. After that, though, We were sick of it. It became too much.” Ultimately, “that was the push off the cliff for us.”

Though they knew it was time to make the urban-to-suburban leap, the couple didn’t know exactly where or how to begin. “We didn’t know anything about the suburbs,” Rene explains, “except that my partner’s family lives in Farmingdale on Long Island.” They immediately ruled the area out, though. “The commute to Stamford would have been rough,” he says.

From there, Rene and his partner contacted Suburban Jungle and immediately began working with New York Strategist Maya Konig. After exploring Wilton, Norwalk and Stamford, Rene and his partner knew exactly where they belonged: North Stamford. “It was convenient. And besides that, it’s quiet and it’s really beautiful. We’re also, now, right on the New York border. We spend a lot of time in Pound Ridge, so that’s perfect.” The couple closed on May 31 and “we moved in the next day.”

Since then, Rene and his partner have been focused on getting their new home in order. “I’ve been setting up the house and painting and fixing up things here and there,” he says. “And we love it here. We get the environment and feel of Westchester, but we don’t have the same taxes.” He admits, though, that were initially afraid of making the leap. “We were a little scared to leave the city,” Rene says. “It felt like we were falling off the earth when we left Manhattan. But we’re having a great time. And the dogs have never been happier!”

To city families considering making the leap, Rene offers a simple piece of advice: do your homework. “For us, it was key to study the differences between the suburbs,” he says. “We thought it was pretty much all the same in ‘the suburbs.’ But they’re all different. They have their own vibe. You have to do your homework. Once you do that, though, and the more you visit, the more the fear disappears. Now, we love it. We didn’t give up anything — the restaurants, things to do. It’s great here. We’re so happy.”

Suburban Jungleis an award-winning firm that specializes in moving families from urban to suburban. The company’s innovative “town first” approach helps buyers find the right suburb for their family based on personality and lifestyle, not just the house. Services are FREE and fully customized to each family and their unique journey. To learn more and to connect with a Suburbs Strategist, and find the place your family truly fits in visitwww.suburbanjunglerealty.comand clickGETSTARTED.