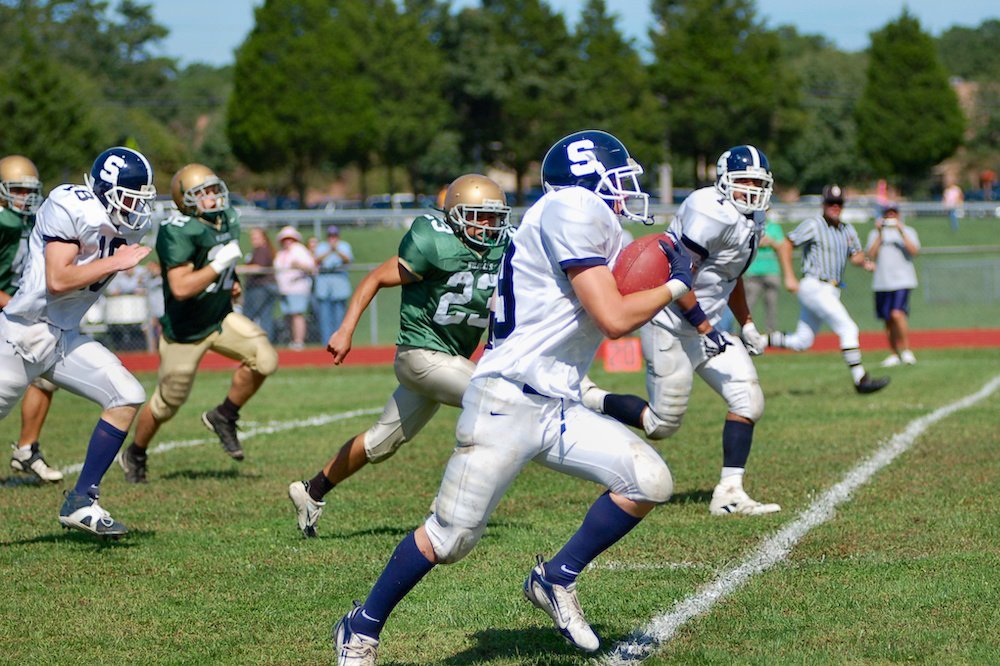 Towns that rally behind their local teams create fun fan experiences for the entire family. This weekend, why not catch a game or two?

If you’re a sports fan, finding a town that satisfies your Friday Night Lights dreams may be high on your list. The good news? More and more, suburbs from coast to coast are leaning into the sports scene — and welcoming players, families, and even the littlest future fans to get in on the action on and off the field.

It’s an amazing way to explore communities like a true insider and to experience the energy and excitement that, in the not-too-distant future, could be right around the corner (literally). So how to get in on the action as you’re touring the ‘burbs?

Gone are the days of rival football games and homecoming floats. Today, schools are expanding their homecoming schedule to include tons of community events and activities. North Shore High School on Long Island, for example, is hosting a homecoming carnival, complete with games and activities for the elementary school set. Plus, elementary and middle schoolers are invited to free sports clinics including soccer, field hockey, cheerleading, and football, all ahead of the big game.

Same with nearby Glen Cove — the school hosts a pre-game parade and carnival for all ages.

While more common in the college and pro sports scene, tailgating has gotten a massive upgrade in recent years — in other words, you don’t have to pack up a grill or even snacks to make the most of a day outside the stadium. Princeton University, for example, has a “reserved” tailgating option that includes everything from tents and tables to chairs and even grills.

Not a football fan? No problem. Expect tailgating at everything from football to soccer to lacrosse, field hockey, and more. If it’s outside, it’s drawing a passionate tailgating crowd!

#3. Look for the bitter rivalries

And if you’re a diehard fan by nature? Scout out some bitter rivalries, and add those games to your calendar. Not only do communities really turn out for these often-annual games, but schools tend to dial everything up. From tailgating to family activities to halftime performances, these are the big shows — and if you’re a fan, it’s hard not to get swept up into the action.

One of our faves? Bloomfield vs. Montclair. One of the top rivals in the state, these two teams have gone head-to-head every year since 1903 — with Montclair winning 77 games (and counting). Starting in 1976 they only played on Thanksgiving Day. In 2017, though, they ended that tradition, so visiting fans can easily catch this nail-biter.

If you’re all about the spectacle — or want to explore area music, dance, and cheer programs — make it a point to stop by a high school game as you’re touring the ‘burbs. Again, homecoming and major rivalry showdowns are likely your best bet for an all-about performance but expect at least some pomp at any game this fall.

We especially love the Port Chester High School band in Westchester. Not only are they frequent additions to Macy’s Thanksgiving Day parade, but these talented musicians have also performed at the Orange Bowl and in the movies Miracle on 34th Street and Spiderman 3.

Nearby White Plains and Harrison are both also known for their big marching bands — and jaw-dropping performances at games, parades, and more.

Want to get into the action on and off the field? Let’s talk! Schedule a suburbs strategy session now.