Live in These 6 NYC Suburbs, and You Won’t Need a Summer House 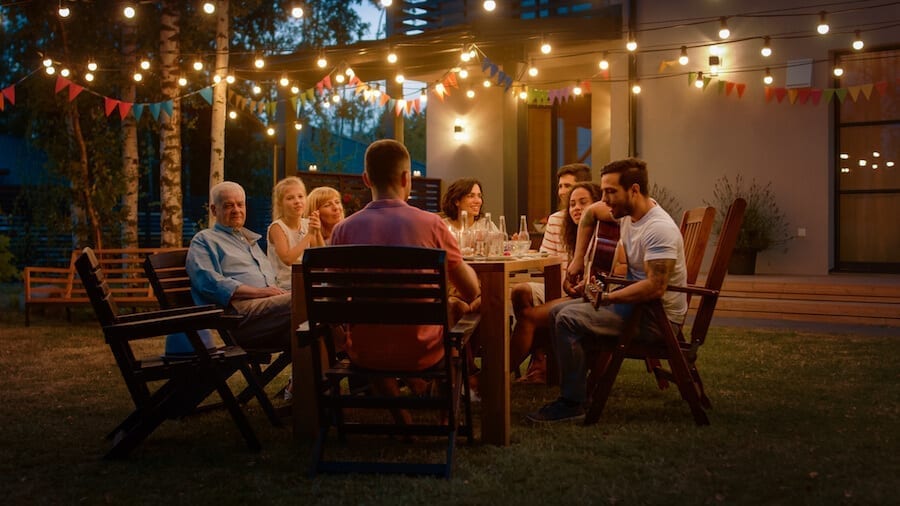 Living in these NYC suburbs is like being on vacation everyday, especially when summer rolls around.

Even if you love city living, there’s something about getting OUT that’s so (so, SO) appealing.In the NYC suburbs, though, there are more options—options thatfeellike a weekend getaway literally every single day. It’s the ultimate win/win—get the amenities, city access and A+ schools your family demands paired with day-to-day living that’s hands-down in-step with our favorite summer house towns. Enter the Hamptons, the Jersey Shore, Martha’s Vineyard, Nantucket and, lately, spots like the Catskills and Berkshires where urban families can retreat to when the hustle and bustle makes their heads spin. And—bonus—come summer, there’s even more to do, see and experience. Sound appealing? These six NYC suburbs are great places to start searching.

Which are the best NYC suburbs to live in?

Port Washington (Long Island)People know “Port” for its 30-minute commute to Penn Station and standout schools—but at its heart, this is a classic beach community. Situated right on the waterfront of Manhasset Bay, Long Island SoundandHempstead Harbour, you can’t escape the beach and the boats. Better still, downtown Port runs along the waterfront, so residents get a stunning backdrop for everything from dining to shopping to kids baseball and soccer games.

Rumson (New Jersey) While Rumson was, for decades, a summer go-to for tony New Yorkers, it’s now a year-round destination for families craving the best of a beach community and a standout suburb all in one. Don’t be surprised to catch residents sneaking in a swim before work or taking a sunset sail—and be on the lookout for homes with extra amenities like personal deepwater docks. Even the commute leans on the town’s waterfront status—many commuters take the 45-minute ferry ride to and from the city. Source: The New York Times

Larchmont (Westchester) There’s a very strong sense of community in Larchmont—and also incredible waterfront access and amenities. Think tree-lined streets and parks paired with beautiful residents-only Larchmont Manor Park Society, a 300-foot private beach which offers $580 seasonal passes. Flint Park—frequently ranked one of the best in the country—also gets in on the beach-front action, with a pirate ship-themed playground for young residents.

But it’s not just the beach people love—in the summer, stroll around Larchmont village for movies, restaurants, shopping and kicking back in a charming, upscale community where people know your name…and the beach is always right around the corner.

Greenwich (Connecticut) The closest Connecticut suburb to New York City, it’s no surprise city families have long flocked to Greenwich. It’s spot, though, makes it a true summer town. Greenwich boasts four amazing beaches, right on Long Island Sound. Perfect for swimming, sailing or just kicking back and relaxing, these beaches are incredibly popular with residents. Another summer must? Great Captain Island and Island Beach, two small islands off the Greenwich coast. Hop on a ferry and you’re there. Source: CT Visit

That, though, is only part of Greenwich’s summer appeal. When temperatures rise, expect to find families at the Babcock Preserve—300 acres of forest and wetlands, ideal for hiking, walking and horseback riding. Or simply stroll around downtown, for a shopping and restaurant scene that would leave the city envious.

But then comes summer—and, in Rye, it’s all about getting out. Rye Town Park & Beach is open to the public during the warmer months, and has some of the most stunning views and kid-friendly amenities around. Other families opt to join private clubs, for some serious R&R post-Memorial Day. The best NYC suburbs to choose from.

Westport (Connecticut)Connecticut’s Gold Coast is another spot that, for decades, was a popular summer spot for Manhattan elite. Now, though, most people hunker down in Westport year-round—and with good cause. Despite itsAmerican Housewifereputation, residents cite the town for its community feel. The beach, they note, is very much at the center of everything, from hanging on the sand in the summer to tons of opportunities for boating, sailing and kayaking until it getsreallycold.Source:NerdWallet