Finding Their “Balance” in the Hudson Valley 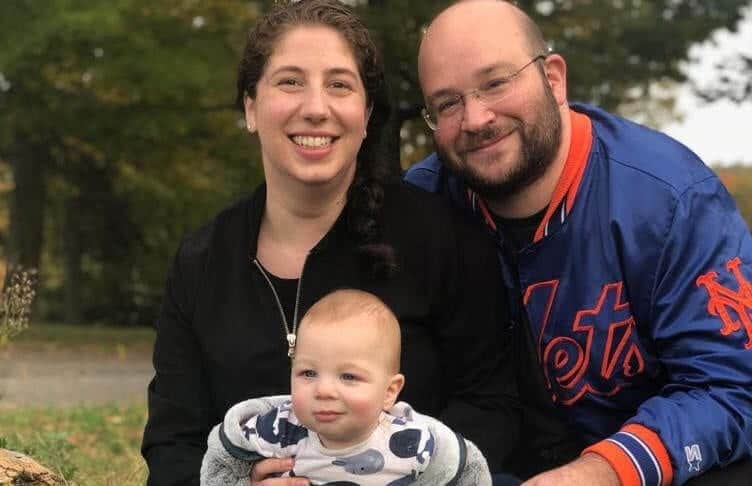 Greg and Rebecca Young weren’t always aligned on where to call “home,” until they explored Northern Westchester

When Greg Young bought and renovated a house in Park Slope, he assumed he’d hang tight for the foreseeable future—if not forever. A lifelong city dweller, Greg had always been in the boroughs—first Queens, then Manhattan and, ultimately, Brooklyn, where he landed in 2015. Soon after, he met his future wife Rebecca. “I grew up in suburban New Jersey,” Rebecca says. “I wound up in Manhattan and it wasn’t for me—I decided I’d move to Brooklyn or leave the area completely.” She initially opted for the latter, heading to Philadelphia for three years. Then, she moved to Brooklyn in 2016. Three months after moving, she met Greg. “We started talking about moving to the suburbs pretty quickly after—but we weren’t really on the same page about where to look.”

Exploring far from the city

Much of their suburban back-and-forth, the Youngs say, was based on Greg’s city upbringing. “I had been thinking about leaving the city—but going really far,” he says. “I wanted rural, and was trying to talk Rebecca into Dutchess County. Looking back, I was definitely a little scared of the suburbs. I didn’t want to land in some generic town. So I assumed the only option was to go really far north—Rebecca, though, didn’t agree.” In September 2019, the couple revisited their suburban search and connected with Allison Levine, a Suburban Jungle Strategist. “They wanted to start exploring towns within 90 minutes of the city,” Allison says. “We considered a variety of areas, with an eye on Greg’s desire for something more rural, but still accessible.” During that initial exploration Greg fell in love with Beacon, a Dutchess County suburb about 70 miles from the city. Rebecca was early in her first pregnancy and admits that the timing wasn’t in Beacon’s favor. “It was everything Greg wanted,” she says, “but I just wasn’t feeling the move—I think a lot of that was morning sickness!” The Youngs, then, opted to pause their search and even considered a city move. “We considered renovating Greg’s grandmother’s house in Queens, after she moved out—but it was missing that community feel we both really wanted. It just didn’t work for us. So, in January, we committed to Brooklyn for, at least, the time being.” “We also didn’t know what life would be like post-baby,” Greg adds. “Our house in Brooklyn was great. It was big, we had a backyard with a firepit and grill. We had everything we needed—the house had been designed from scratch. And besides, we had friends in the neighborhood—so we figured we’d stay put and see what happened.”

Reconsidering suburbia—and searching in a pandemic

Their mindset changed, though, when COVID-19 hit. “It was this whole new layer of mental discourse,” Greg says. “Our house suddenly felt a lot smaller—like the walls were caving in. So we decided enough talk, let’s do this. We got back in touch with Allison to reassess our options—and, this time, I promised I’d be very open-minded about the suburbs.” That was May—and, quickly, the couple settled on Northern Westchester and the Rivertowns. The area, they note, was relatively equidistant to her parents in Manhattan and his in Queens—and being in New York State meant Greg could potentially shift part of his law practice to Westchester post-move. Here, they could also find the balance of community and privacy they craved. “We wanted space and we wanted community—but Greg also wanted privacy,” says Rebecca. “We needed to be accessible to the city. But otherwise we were really open—to private or public school—to walkability and distance. We wanted to find the town that felt right.” Within the first few weeks Greg and Rebecca honed in on Ossining, Croton-on-Hudson and Cortlandt Manor, as well as other neighboring communities. The area, they say, felt like the right “balance” for their family—and, during their first town tour, they made an offer on a house. While, ultimately, they didn’t land in that initial house, the family did find an amazing home in a great neighborhood in Ossining. A few weeks later, they made the move. “Our son is now eight months old and we’re really starting to settle in,” Rebecca says. “Allison was incredibly helpful and really listened and helped us determine what was important—and our Suburban Jungle agent, Heather, knew the area inside and out. She knew all of the seller agents and knew the houses in the community. She really gave us those local insights and helped us find exactly what we wanted.”

Settling in and finding community

Now, Rebecca adds, they know everyone in their immediate neighborhood. “Everyone has been so friendly. We moved in at 10:00 at night, and someone walked over with a fresh loaf of bread.” Greg agrees. “The balance is here,” he says. “Rebecca knows everyone in the neighborhood and I have that privacy—and I don’t have a tenant living below me, so I can get up and stomp on the floors every morning! But overall, we have space to breathe and we’re close to everything we need—Whole Foods, Costco, Fairway, places to eat—and it just feels right.” The family also loves the proximity to amenities and activities that simply weren’t accessible in the city. “We ordered a farmers market haul the other day, then drove five minutes to pick it up,” Rebecca says. “We brought the baby and he got to see the farm and the chickens. It was a lot of fun. We’re also 15 minutes from apple picking—something we drove a few hours for last year, when we were in Brooklyn.” They’re also close to a great local coffee shop—a huge priority for Rebecca. “Coffee was central to their search and to every town tour!” says Allison. “We’d map out the best local coffee shops in town, and Rebecca would give me her review after.” It was one of Rebecca’s favorite parts of their suburban search. “I’m obsessed with coffee,” she says, “I’d try every coffee shop Allison suggested. And her Ossining pick was right on—it’s three minutes away and it’s our favorite. We can also walk to a bagel shop and this amazing little restaurant that’s got outdoor seating and great food—our first morning here, we walked over and had breakfast, with the baby. I really thought we’d be giving things like that up when we moved—but we didn’t. We’re so happy about that.” As the family continues to get acclimated—and continues to enjoy the beautiful fall weather and scenery in the Hudson Valley—they’re slowly getting into a new routine. Greg heads to his law firm in Brooklyn once or twice a week, and they recently sold their Park Slope house off-market to a buyer they connected with through their online social groups. Every day, though, they’re happy they made the leap and excited for what comes next. “We’re getting happier and happier here,” Greg says. “We definitely found our place.”