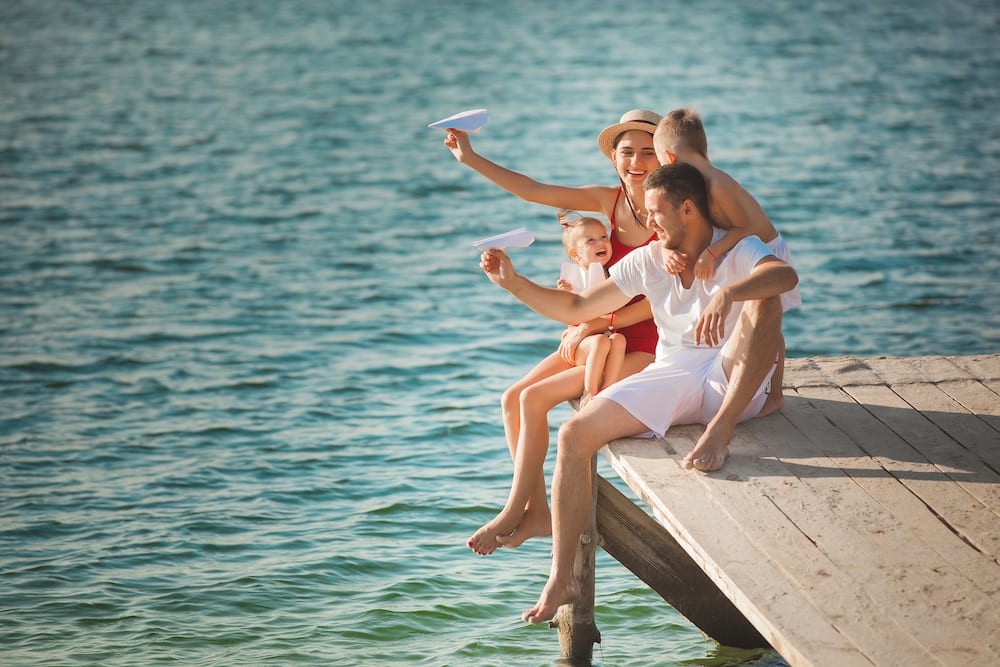 With so many unique communities to explore, Denton County is a great place to start

At the very tip of the Dallas-Fort Worth metroplex is Denton County. Home to both University of North Texas and Texas Woman’s University, this fast-growing college community strikes an amazing balance between suburban living and tons of urban amenities. Plus, with many new companies calling Denton County “home” — Sally Beauty and Peterbilt Motors, for starters — this area is poised for massive growth and a boom in new families. Here are some spots to consider as you are exploring Denton County.

Denton, TX
The county’s namesake, Denton, is a great city with lots of arts, music, and culture that makes it particularly desirable for families looking for a serious cultural scene — and who don’t want to travel to Dallas or Fort Worth for a fun night out.

“There’s a real authenticity to Denton that you don’t find in many places,” says Suburban Jungle Dallas Strategist, Lauren Wight. “And there’s so much to do — expect dozens of major festivals, events, and concerts each year.” The city also tends to sway on the more liberal side and attract families, creatives, techies, and entrepreneurs from not just Texas but all over the country and the world.

More central — but further north than Denton — sits Flower Mound, another popular suburb for families. About 30 minutes by car to both Dallas and Fort Worth, this is an ideal spot if both parents commute to different cities — or if you just want the flexibility of having two world-class urban centers minutes away.

Named after an actual wildflower-filled mound (be sure to check it out, says Lauren), Flower Mound is home to A+ schools with diverse, broad-reaching academic and extracurricular offerings. Many families love the district’s “Collegiate Academy” which helps high school students earn college credits while exploring different career paths.

Flower Mound is also close to two major lakes, Lake Lewisville and Lake Grapevine. For families who want to boat, swim, or dive in on a number of waterfront activities, this is a great spot to explore.

Northlake is located in the heart of the recent Dallas-Fort Worth development. While once a more rural-feeling town, today Northlake is a booming suburb whose population has nearly doubled since 2008.

“There’s a real sense of community here,” says Lauren. “The population is growing by the week, but Northlake still feels like an escape from urban Dallas. I love this town for families who want a more low-key feel but also easy access to major highways so they can be in and out of the city quickly.” The town, she notes, is also a quick 15-minute drive to Texas Motor Speedway, one of the country’s top racing venues, and 25 miles to Lake Lewisville.

Northlake is also home to sought-after schools. Here, kids feed into one of two acclaimed districts, Northwest ISD and Argyle ISD. Expect smaller class sizes than many other area schools and an emphasis on college prep. For families considering private schools, there are also plenty of well-rated options in and around the community.

Roanoke, TX
For those craving small-town living, Roanoke is a great place to start. With fewer than 6,000 residents, this is a town that feels inviting from day one — and where everyone knows your name.

“There’s an incredible homey feeling in Roanoke, which is perfect for some families who want a different pace,” says Lauren. “That said, there’s been a real population growth here, like in other Denton County communities. People are drawn to the diverse housing options and the overall vibe of this town.”

Despite its size, Roanoke has a lively downtown that, recently, has gone through a significant redevelopment program that breathed new life into the area while, still, honoring its history and roots. Here, Lauren says, you’ll find the best fried chicken and barbecue in town, plus a famous soda parlor. The town also holds a very unique distinction as the “Unique Dining Capital of Texas.”

Roanoke shares a school district — Northwest ISD — with Northlake. During their academic years, young residents are encouraged to explore areas of interest including biomedicine, culinary arts, STEAM, and more. On weekends, residents head to the local farmer’s markets for fresh produce and other goodies — and often gather for seasonal events including Evenings on Oak Street, Roanoke’s Old Fashion Christmas, and the Family Valentine’s Dance.

Explore the Dallas suburbs like a true insider. Get in touch now and schedule your free Suburbs Strategy session.