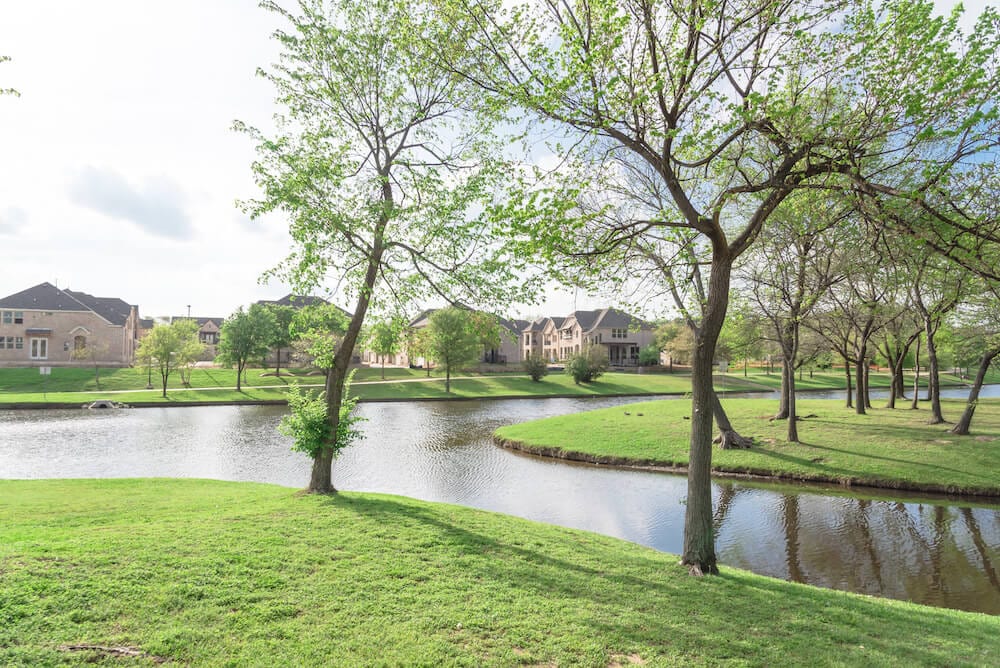 More and more families are moving to the Dallas suburbs — and they aren’t just coming from the city, they’re coming from everywhere.

“Over the last year we’ve seen massive growth in the suburbs,” says Lauren Wight, Suburban Jungle’s lead Dallas Strategist. “People are coming from Dallas and Fort Worth, but they’re also coming from the Bay Area, New York, Chicago and Europe. People are looking for a different lifestyle, and they’re finding that. We have a thriving tech scene, amazing food, culture, sports, everything — it’s a great place to live.”

To help families find their Dallas, we’re continuing our series highlighting the four largest counties in and around the city, with a peek at some popular family-friendly communities to consider if you’re making a move.

While just 10 years ago Collin County was mainly farms and open land, today it’s a beautiful, well-appointed area, less than an hour outside of Dallas. With a booming job market, strong schools, and lots to do, it’s no surprise families are eager to explore these unique communities.

“Collin County is a great place for families who want to be near the city but feel far from the hustle and bustle,” Lauren says. “There are so many different towns within Collin County so it’s easy to find a community that syncs with your lifestyle.”

Lucas
Thirty miles northeast of downtown Dallas — and 60 miles from Fort Worth — Lucas is a family-friendly suburb known for its top-rated schools. Top among them is Lovejoy Independent School District, which consistently ranks among the best in the state and the U.S.

It’s not just the schools, though, that draw families to Lucas. Despite being 25 minutes from the city, Lucas maintains a decidedly rural vibe that families love — you feel far from the city, but are always minutes away. The town is also home to the North Texas Equestrian Center and Blackland Prairie Raptor Center, where locals and people from neighboring communities come to horseback ride and learn about local animals — the latter is a hotspot for owls, hawks, and other North Texas raptors.

Another perk? While there’s lots to do in town, families are 10 minutes or less from other bustling ‘burbs including Allen, Plano, McKinney (and the McKinney airport), Murphy, and Wylie, each of which is known for their dining, shopping, and entertainment scenes. Lucas is also close to Lake Lavon, a popular spot for boating.

Celina
Packed with small-town charm and a cute downtown filled with locally-owned restaurants and shops, Celina is a North Texas destination — and a great place to live. Growing in popularity with young families moving from Dallas and beyond, Celina truly has it all — seemingly endless farms and ranches, mixed with big-city appeal, all in a close-knit town known for low tax rates and lots of seasonal activities.

Within Celina, you’ll find the Caudalie Crest Farm and Vineyard, a working farm and boutique vineyard, as well as a community schedule jam-packed with things to do. Each year people from across Texas head to Celina for the Celina Balloon Festival and Family Fun Day as well as OktoberFest in the Square.

Prosper
Prosper and Celina are neighboring communities and, like Celina, Prosper is packed with families looking for a safe community with top-rated schools and lots to do.

Thirty-six miles from downtown Dallas and just south of Celina, Prosper is a bit further than other towns on our list, but residents will tell you it’s worth the drive. Within Prosper, you’ll find a number of unique neighborhoods including several master-planned communities like Lake Prosper and Lake Willow which offer residents community clubhouses, pools, playgrounds, and more.

Prosper is also home to lots of parks and playgrounds including Frontier Park (don’t miss the splash pad!) and Town Lake Park (Whispering Farms), which includes a 27-acre stocked lake, fishing dock, and spots to kayak and canoe.

The Prosper ISD is also a draw for many families. Cockrell Elementary School — a preK to 5 school in the district — consistently ranks among the top in the area, as does Prosper High School.

McKinney
With a strong community feel and lots to do all year long, McKinney is ideal for families looking for an edgier ‘burb with lots to experience. From McKinney’s local arts scene and flea markets to annual parades and street fairs, there’s so much to do and so many ways to get in the mix.

Downtown McKinney — one of the oldest historic districts in Texas — is filled with more than 120 shops, restaurants, and galleries. As you move away from downtown, you’ll find countless other amenities including multiple aquatic centers plus the Towne Lake Recreation Area, a 108-acre park with a lake in the center. Hop in a paddleboat and explore the water, fish, disk golf or hit the volleyball court, then head to Heard Natural Science Museum & Wildlife Sanctuary.