For This Brooklyn Family Larchmont was Love at First Sight 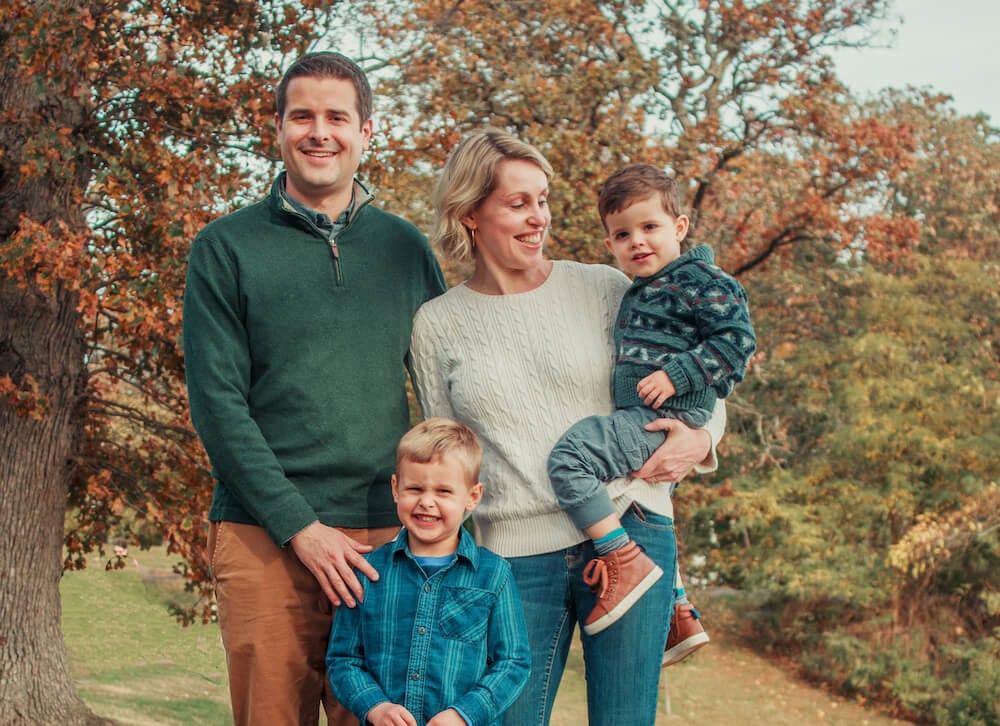 After eight years in their Prospect Heights two-bedroom, Rachel and her husband Nate Gray were ready to make a move. “Our boys were about one and three,” Rachel says. “It was time. So we reached out to Suburban Jungle and connected with our Strategist, Erika Ades.” That, she says, was early 2018, and the family was in no rush to get out of the city. Even so, they kicked off their search with an eye on being closer to both families — his in the Boston area and hers near Saratoga Springs. Beyond that, though, the Grays were open to exploring until they found the right town. “There were so many options, but Erika really helped us get a lay of the land so we could start narrowing things down,” Rachel says. “That made this entire process really, really easy. She helped organize the process and helped us see which areas made sense for us and our lifestyle and which probably weren’t the best fits.”

Narrowing down their suburban search

Quickly the couple zeroed in on Westchester and Connecticut — at the time commuting into Grand Central Station was a significant time-saver, Rachel says. Early in their search, though, they opted to stick to Westchester, given the shorter commute to the city. “We continued to work with Erika and with our amazing Suburban Jungle agents who showed us different towns and took us to events and farmers markets so we could get a feel for the communities,” she says. “We really enjoyed getting to know Westchester. We immediately were drawn to the Rivertowns and to the Long Island Sound communities like Larchmont and Mamaroneck.” Ultimately, though, the Grays chose Larchmont. “We drove through one day and realized, ‘this is it.’ We were coming from Brooklyn and didn’t want to lose that walkability, which Larchmont clearly had. We loved the ‘village’ vibe and how people were walking to the library and playgrounds and restaurants. It just felt right.” The first time they visited, she says, was during the town’s annual Larchmont Day celebration. “The kids had so much fun — there was live music, food trucks, tons of families. It was great.” During another visit, she says, the kids joined the town’s annual Ragamuffin Parade.

Making the move to Larchmont

Beyond the walkability and activities, Rachel says, Larchmont had all of the key qualities they wanted in a town: a strong sense of community, top-rated public schools, parks and playgrounds, and tons of family-friendly amenities. Rachel, Nate, and the boys made the leap to suburbia in April 2019. Now, nearly two years in, they’re even more connected to the Larchmont community and know they’ve found “home.” “We love the lifestyle here,” Rachel says. “It’s such a walkable town which is especially great when you’re new. Everybody’s out and about, so it’s easy to meet new people and really get into that sense of community.” Over the summer, she says, Manor Beach was another added perk. Popular with local families, the beach stayed open in summer 2020, giving them an easy go-to where the kids could play safely while continuing to mingle with friends and neighbors. They’ve also enjoyed their neighborhood block party and meeting people through the Larchmont Newcomers Club and the local youth soccer league. image: rachelgray.interiors Post-move, Rachel has also launched an interior design business, Rachel Gray Interiors, which provides comprehensive design services in Westchester, New York City and beyond. image: rachelgray.interiors “Overall Larchmont has been pretty perfect for us,” Rachel says. “I’m glad we were able to take out time and explore — coming up on a weekend and spending a day in a town and really checking things out. Then, in fall 2018, we discovered Larchmont and we found a house we loved, and that sealed the deal. I was nervous about leaving Brooklyn — we knew our neighbors so well and they all had young kids. We still miss them and still miss the city, but acclimating to life in Larchmont has been really easy and really natural. We’re so happy.”