Boo! Halloween is Already Happening in the Long Island Suburbs… 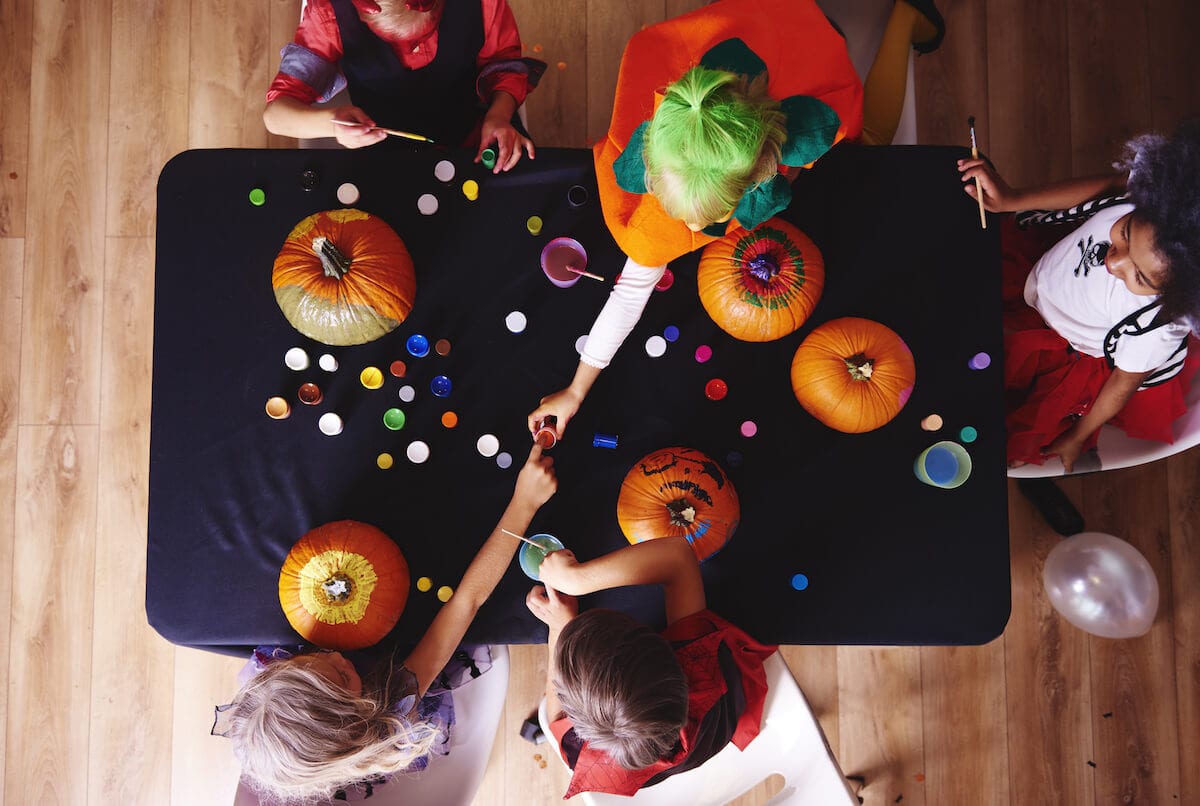 From spooky towns to haunted houses to pumpkin patches, the Halloween fun is already in full swing.

While it feels like summer just ended, Long Island is already well into the next big season: Halloween! Pumpkin patches, haunted happenings and special events are starting right now, giving residents and visitors ample time to get their spook on before trick-or-treating starts. As you’re exploring the Long Island suburbs, check out these must-see events and attractions, ranked from not-so-spooky to totally haunted.

Not-So-Scary Pumpkin Patches
Looking for something a little less spook-tacular? Check out these pumpkin farms for everything from pick-your-own to hayrides to petting zoos, fresh snacks and plenty of cider.

Elwood Pumpkin Farm, Huntington
This Huntington staple draws families from all over Long Island and Queens. Here, you can take a hayride to the pumpkin patch where your kids can grab pumpkins straight off the vine. After, hit up the farm stand and corn maze, perfect for kids 10 and under. Bonus: post-Halloween, Elwood becomes an all-out Christmas tree farm!

This popular animal farm becomes a Halloween must-see beginning in September. With unlimited sing-along hayrides, magic shows and a Fall Farm Festival running through Columbus Day, there’s tons to see and do all season long including pumpkin “picking” and decorating. There’s also a new addition to the animal farm—Ollie the baby giraffe!

Another Suffolk County Halloween go-to, this is a total classic—think pumpkin picking and a huge patch, plus free hayrides, a corn maze, a haunted maze, pony rides and a petting zoo. The fun starts in late September and stays open through October 30th.

These ongoing events are happening throughout October, giving you plenty of time to pop by while you’re exploring the suburbs.

This spooky installation takes visitors through the hallways, bedrooms and huge basement in this completely haunted house. Come for the spooky experience but stay for the incredible original artwork and hauntingly vivid imagery.

Held at the Center for Science Teaching and Learning, this “not-so-spooky” walk is perfect for kids and adults. For those looking to up the stakes, check out the Maze of Madness—the “crazy home” of a local caretaker. Kids can also jump in on some seasonal arts and crafts, a live animal exhibit and more.

One of the most popular Halloween attractions on Long Island, this October Old Westbury Gardens will be lit up with more than 5,000 hand-carved pumpkins. This family-friendly event sells out fast, so be sure to get your tickets in advance. Here, you’ll have a chance to walk the grounds of Old Westbury Gardens, taking in the stunning fall foliage and the over-the-top jack-o-lanterns—consider it autumn to the extreme!

Spooky Suburbs to Explore
Not only do these towns do Halloween right, but they’re pretty spooky on their own. From real-life haunted mansions to ghostly residents and more, there’s a reason so many people flock to these Halloween hotspots every fall.

Glen Cove
With its Gatsby-inspiring glam, there’s something about Glen Cove’s turn-of-the-century vibe that makes it ripe for haunting tales—and haunted houses. One in particular—Glen Cove Mansion—is said to be jam-packed with 19th century spirits.

Here, the Pratt Family is said to walk the grounds. Many visitors and employees report seeing a smiling old lady sitting in a chain alongside a well-dressed man, believed to be Mr. and Mrs. Pratt. Other spooky happenings? A shower that turns on by itself—and keeps turning on even after staffers intervene, plus a woman in white who frequents the onsite bar after hours.

Like Glen Cove, Oyster Bay has a storied history as a seaman’s community, dating back to the 1600s. The Raynham Hall Museum was one of the earliest buildings and one of the oldest still in use. Dating back to the 1700s, this house has a lengthy history of haunted happenings.

A former groundskeeper often heard people upstairs, even though the top floor wasn’t occupied. Other visitors have spotted a young bride—legend has it she was left at the altar and quickly retreated to the house where she still waits for her would-be groom.

A long-time whaling town, Cold Spring Harbor is now a posh community with a decidedly year-round-vacation vibe—plus amazing schools, beaches and tons to do. During the Halloween season, though, many head to Cold Spring Harbor because of its haunted history—the town often ranks in the top three haunted spots on Long Island.

While here, ghost hunters and Halloween enthusiasts tend to hit up the Harbor Mist, an upscale restaurant that, in the 1980s and 1990s was a pub called the Old Whaler. With roots dating back to the 1800s, Harbor Mist is known for its three onsite ghosts—one who reportedly haunts the women’s bathroom.