Montclair vs. the Rivertowns 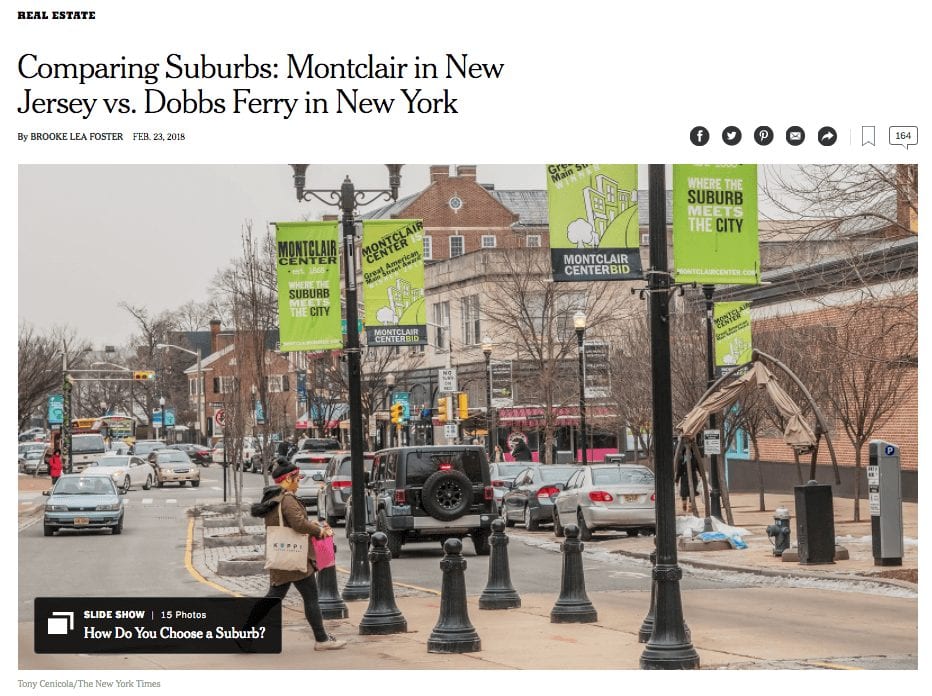 “Call them the least suburban of suburbs,” writesThe New York Times,“each one celebrated by buyers there for its culture and hip factor, as much as the housing stock and sophisticated post-city life.” They’re the “Brooklyn Triangle” — Maplewood, Montclair and the Rivertowns. And, over and over, they’re the suburban hotspots an overwhelmingly number of Suburban Jungle clients test drive before settling on a final town.

To us and other insiders, it’s no surprise people love them. “They are places where you can easily score a slice of gluten-free banana bread, spend an afternoon at a local farmers’ market,” says theTimes, “and board a train with as many people dressed in jeans and sneakers as in suits.”

So how do city families choose which of these on-trend towns is right for them? Suburban Jungle Founder & President Alison Bernstein weighed in explaining, “there is a name brand associated with the Rivertowns, and nearly every couple leaving the city takes a look there.” Some love it, but “some are surprised by how tiny the villages are, and how quiet their streets. They see a handful of restaurants in Irvington or Dobbs Ferry, spy a few mom-and-pop shops and wonder aloud if the place is too simple for their urbane tastes.”

In Montclair, though, “That isn’t a problem” since the town boasts “big-name retailers like Anthropologie, Lululemon, the Gap and Whole Foods. There is also an indie movie theater, as well as numerous coffeehouses and more than one well-stocked independent bookstore.”

So where to land? Ultimately, it’s up to you and your family — the goal is to find a town and a community that syncs withyourunique wants, needs and lifestyle. Whether that’s the Rivertowns, Montclair, Maplewood or somewherecompletelydifferent, the most important thing is finding a placeyoucan — and want to — call “home.”