California is Officially the Priciest Place to Call “Home” 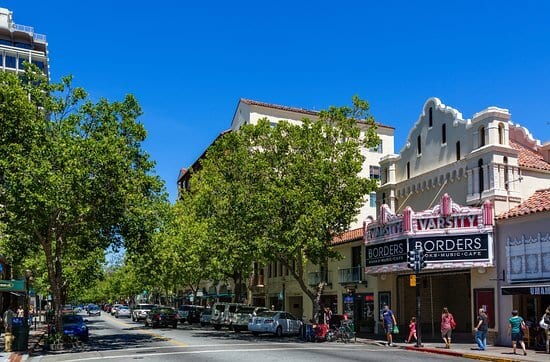 New York and Los Angeles have long been known for their sky-high home prices. But, despite years as the priciest zip codes in the country, it seems another metro is dominating, at least from a pricing perspective.

Another way to look at things? How much it would cost to buy another property to fit a single king size mattress—about 42-square feet—and that’s it. Old Palo Alto, that amount of property goes for about $97,000—again, just enough to fit a king size mattress.

To put that number in perspective, in Williamsburg—one of the most sought-after neighborhoods in Brooklyn—that same space is about $43,000. In New York City’s West Village expect to pay about $80,000 for 42-square feet and about $78,000 in Soho.

Palo Alto, though, couldn’t be beaten, holding eight of the top 10 spots of this high-priced roundup. Neighborhoods cracking the top 10 include Old Palo Alto, again, at #1 as well as hotspots such as Crescent Park, Community Center, College Terrace and Ventura.

Again, this is a major shift considering just 10 years ago the 20 most expensive neighborhoods were all in New York, with the West Village ranking as the priciest of the pricey. Today just two—the West Village and Soho—made the top 10. Other pricy NYC digs include Tribeca at #13 ($1,787/square foot), Greenwich Village at #15 ($1,763/square foot) and Flatiron at #16 ($1,746/square foot).

Neighborhoods in Menlo Park and Malibu rounded out the top 20.

Let’s face it—it’s all about the TOWN, not just the house. Start exploring suburbia like a pro. Contact us to learn more and schedule your free Suburbs Strategy session.