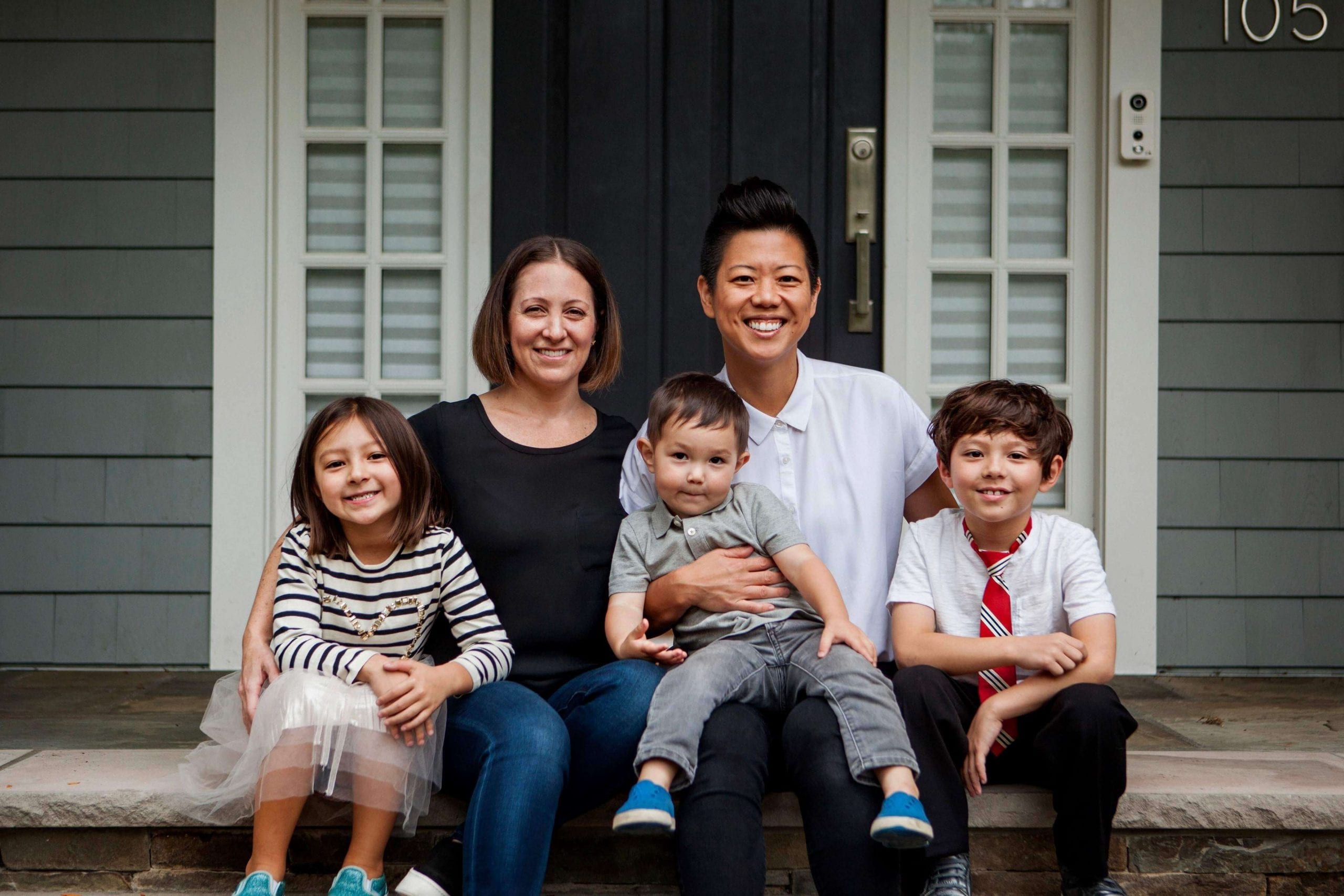 For nearly 20 years, Amy Ro and wife Ruth, considered themselves “dyed in the wool” New Yorkers. But, after welcoming three kids, “we were definitely outgrowing our two-bedroom, two-bathroom apartment,” Amy says. “We just needed more space for the kids to have their own rooms, a basement and a yard to play in.” And besides that, private school tuition was becoming cost prohibitive. With soon-to-be three school-aged kids, towns with excellent public school systems became alluring.

With an eye on finding the right suburb, Amy and Ruth connected with Suburban Jungle Director of Strategy Patti Natiss who helped them craft an initial list of prospective towns. “The main thing was finding a community where we’d feel at home,” explains Amy. “We wanted a town that was very liberal, open-minded and progressive; a place where our kids would feel welcome. That was first on our list.”

Ultimately, “it was Patti and Suburban Jungle that helped us identify where we needed to be looking,” she adds. “We actually started our search in Montclair but after not immediately connecting with the housing stock, we moved on to Westchester,” Amy says, “where we explored a half dozen towns touring neighborhoods, schools and houses. We circled back to Montclair where we started one and half years prior. After seeing what else was out there, we knew Montclair was the right community for us. Once the perfect house came on the market, we grabbed it and haven’t looked back since.” In June, they made the move with their crew—then seven, five and two-and-a-half—in tow.

Since day one, it’s been an easy transition for all five of them. “My older two are in the public elementary school here, and my younger one is in nursery school,” Amy shares. “We were certainly nervous about the switch from private school in the city to public school in New Jersey, but they have been so happy. They absolutely love it!”

And it’s not just the kids who are easing into suburban life. Amy and Ruth are making friends and seamlessly integrating into the community—Ruth has evencome around to the commute. “Initially, she wasn’t so thrilled,” says Amy, “because her travel time went from 15 minutes when we were living in Chelsea, to over an hour.” Fast forward a few months and “now that she’s used to it, she doesn’t mind it at all. The train line from Montclair is direct to the city and she can walk from Penn station to her office. In fact I think she actually enjoys having some time to herself on the train!”

To city families considering making a move, Amy suggests focusing on the town first. “Finding the right town, for us, was the most important thing,” she adds, “and it IS out there. Sometimes it seems like the city is the center of the universe and everything outside just doesn’t live up, but that’s not the case. We were able to find a town that feels very urban with an incredibly diverse, open-minded community.” The only difference? “We just happen to have houses with basements and backyards now.”