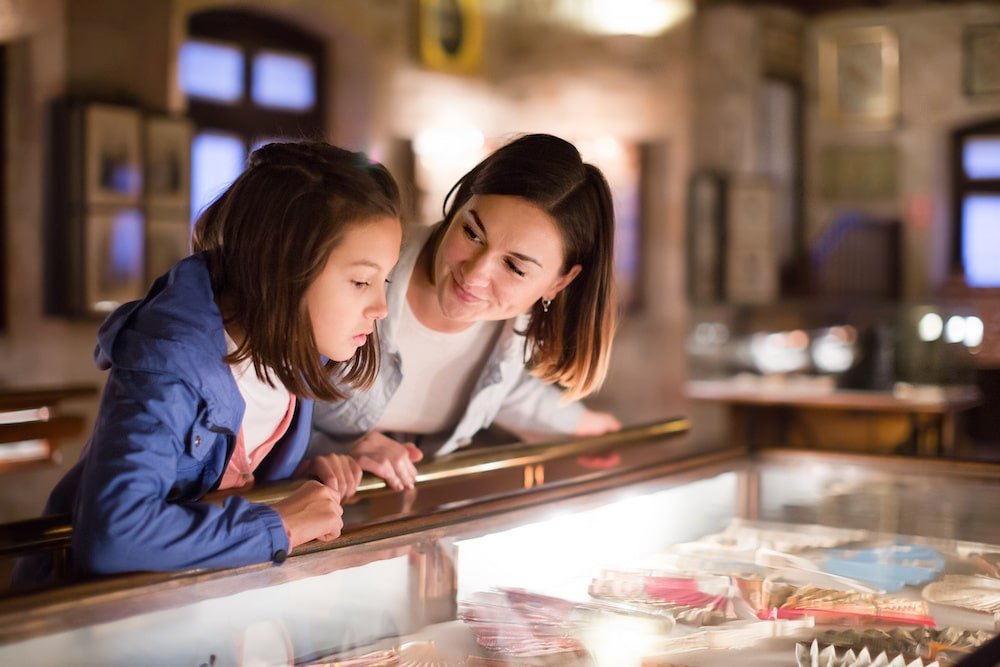 Step back in time in these friendly communities.

Have a history buff in the family? Don’t miss these Philadelphia suburbs as you’re exploring towns. These towns offer the best of the ‘burbs — A+ schools and tons to do — plus access to some of the most historic spots in the U.S.

The largest land battle of the Revolutionary War took place in Chadds Ford. If you want to learn more, visit the Brandywine Battlefield — audio and self-guided tours are available. While you’re here, you can also visit the historic home that served as George Washington’s headquarters during this important battle.

History buffs who move to town will also want to keep an eye on the events calendar. This national historic landmark hosts summer history camps for kids and a Revolutionary Dining Series throughout the year.

This town was named for an 18th-century inn that served colonial travelers heading west from Philadelphia. Locals claim George Washington even stopped by this tavern on Thanksgiving in 1777.

Most historians know this area because it is the closest city to Valley Forge National Historical Park. Valley Forge played a major role during the Revolutionary War. This is where the Continental Army regrouped during the winter of 1777-1778. You can tour the park to learn more about how this area influenced the outcome of the war.

If you move to Doylestown, consider becoming a member of the Mercer Museum. This is one of the most beloved historic sites around, founded by Henry Mercer in 1916. The museum, which is located in an early 20th-century castle, showcases rotating exhibits of American artifacts. Expect to see diverse artifacts from America’s early days, from a Conestoga wagon to a collection of pre-Industrial tools.

And that’s not the only castle in this Philadelphia suburb. The Fonthill Castle — home of Mercer himself — is just a mile away. Bring your family for a tour during the holidays to see the castle decked out with festive decorations.

This friendly community sits on the banks of the Delaware River and was the site of George Washington’s famous river crossing on Christmas night in 1776. Thousands of local historians gather at Washington Crossing Park each year to recreate this event. Each year, locals and history buffs head over to see reenactors dressed in colonial-era clothing rowing across the river. During the rest of the year, you can also head to the 500-acre park to explore the preserved historic village.

New Hope has more than 200 years of history, which you can dive into during a walking tour led by the New Hope Historical Society. But what makes New Hope especially unique is its connection to the railroad. You can travel back in time with a ride on the vintage New Hope Railroad. This restored train travels on tracks that were laid in the 1890s. During the hour-long train ride, you’ll hear all about the history of Bucks County (and get to see some beautiful scenery, too).

This town was named for a Quaker minister, William Yeardley, who established a farm in the area around 1682. Locals are proud of their early American history and there are some well-preserved sites in the town. If you’re checking out this ‘burb, don’t miss The Old Library. The town’s original library operated out of this unique “carpenter” Gothic building. When the 19th-century building was threatened, the town worked to save it. Today it’s a popular spot for events.

The Newtown Historic Association (NHA) plays a big part in the community. This group was established in 1964 and continues to welcome history-loving residents to join.

While you’re here, be sure to take a historic walking tour. Check out the NHA’s website for maps that cover more than 30 sites around the town. And these tours are fun for everyone. The kids can complete a Newtown Historic Detective Challenge along the way. If they answer all of the questions, they’ll even earn a badge.

No matter what your household loves to do, it’s important to find a suburb that fits your unique wants and needs. We’re here to help you narrow in on the perfect town for you. Schedule your FREE Suburb Strategy session to get started today.