Restarting Their Search with a “Town-First” Approach 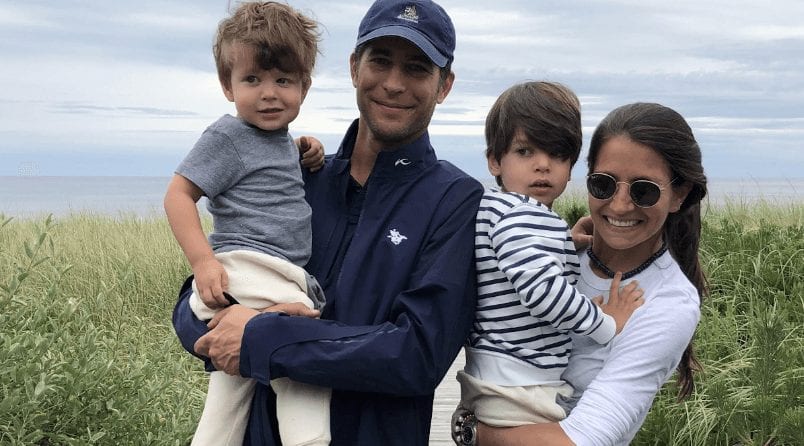 “We had been feeling ready to get out of the city for a while—and then once we had two mobile boys, we were on the fast track to the suburbs!” says former Upper West Side mama Amanda Godfrey. “We really felt like we needed the space, both for us and for our boys. We loved our time in the city, but we wanted the fresh suburban air and a backyard.”

That was December 2018—and that was when Amanda and her husband Nick got in contact with Suburban Jungle. Fast forward to May—just five months later—and the family of four including their 4- and 2-year-old boys—made the leap to Old Greenwich.

The problem with a “house-first” approach…


“We had actually been exploring the suburbs for a few years,” Amanda says. “But it wasn’t until I spoke to Patti that I realized we had been doing our suburban search completely backward.” Rather than zeroing in on a town first and then looking for a home, Amanda and Nick had been searching for homes without knowing much about the communities. Ultimately, they came up empty.

“Suburban Jungle focuses on the town first,” explains NYC Strategist Patti Natiss, who worked directly with the Godfreys on their suburban search. “There will always be a house—and you can always change a house. But the town is the town—that’s not changing, so you need to find one that syncs with your family, your lifestyle and your goals.”

Once they immersed themselves in the town-first approach, Amanda and Nick’s search went very smoothly—and very quickly.

“Suburban Jungle’s philosophy of deciding on a suburb first and then finding your home was super helpful—and now it seems completely obvious! It doesn’t matter if you’re in your dream home if you end up in a town where you aren’t happy. The town itself is so important, and now I completely see that,” Amanda explains.


For Amanda and Nick, that “town-first” approach meant looking for towns close to the city, since Nick commutes daily. With two young children, the Godfreys also wanted a strong public school system.

“Those are almost always the big asks for families—and it makes sense!” says Patti. “Beyond that, though, Amanda and Nick wanted to maintain some of that ‘city life’—specifically, they wanted a suburb with a lively downtown area, and lots of restaurants and other local amenities like that.”

Together, Patti and the Godfreys narrowed their list and, very quickly, the Greenwich area popped to the top. “Everything with Patti was so personalized,” Amanda says. “It felt like we were the only family she was working with.”

Now months into their life in suburbia, Amanda continues to settle in and get accustomed to life out of the city—and she’s loving it.

“While I was initially surprised at how much we drive, we love the accessibility of living in the suburbs,” she says. “Of course, nothing compares to the convenience of the city, but Prime Now food delivery is a close second to being three blocks from Fairway!” Also life-changing? “The backyard!” Amanda says. “Being able to walk out our back door when the boys want to play is one of our favorite parts of suburban life.”

The family also loves being so close to the water. While a beach town wasn’t a priority, it’s been a welcome addition. “Living in a beach town was nowhere on our list of priorities when choosing a suburb,” she says, “but it actually ended up being our favorite part about living in Old Greenwich.”

This past summer the Godfreys spent tons of time on local beaches, having evening picnics and watching their kids transform into total water-lovers, all while meeting local families and growing their suburban network.

“The best thing, though, is watching my kids,” Amanda says. “When my three-year-old son says, ‘Mama, I love living in Greenwich. It’s so peaceful,’ it truly confirms the decision we made to move to the suburbs.”