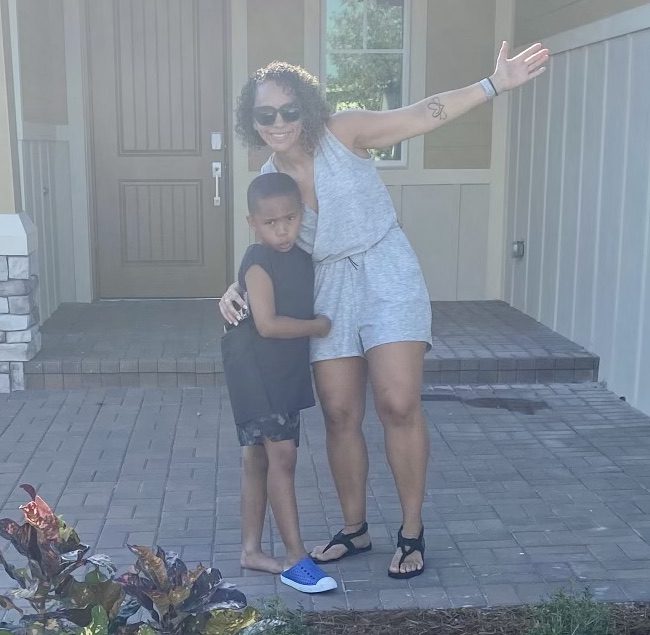 After spending a month in Miami, Michelle Smith was ready to make the leap to the South Florida suburbs…

When Michelle Smith was considering a move, her seven-year-old son Jackson had one request: stay in the NFC East. At the time, the two were living in Virginia, after having spent three years in Charlotte. Once COVID-19 hit, Michelle switched to full-time remote work, giving the Smiths added flexibility in what came next — including where to live. Florida, Michelle says, was top of mind.

“My brother had just had a baby and they’re in Florida,” she says, “and my mom was in the process of moving. So, in October, Jackson and I had this, ‘let’s go!’ moment and I got in touch with Suburban Jungle and my Strategist Melissa Schneider.”

At the time, Michelle says, she was primarily focused on the west coast of Florida, specifically the greater Tampa area. Nothing, though, jumped at her immediately and, in December, they headed down to Miami to explore more and spend time with her brother and his family. That, she says, is when they shifted to an “east coast mentality.”

“Melissa was amazing and she had so much great information that helped us refine our search,” Michelle says. “Then she connected us with Suburban Jungle agents who were a huge help.”

Discovering Wellington — and what comes next…

Having made a big move to the South Florida suburbs herself, Melissa was able to provide unique insights and help the Smiths explore locally and remotely. This, Michelle says, was a huge help — not only did Melissa help her understand the South Florida landscape but she also knew how to keep the momentum going, even though the family was nearly 1,000 miles away.

The more Michelle and Jackson explored, the more the Wellington/Loxahatchee area stood out. When their agent presented a new build in the area, it seemed even more spot-on. That, she says, was mid-January — and even though they were in no rush to move, Michelle wanted to make sure she didn’t miss out on this opportunity if it truly was the right fit.

“Wellington felt right,” she says. “I kept hearing about the community of artists, the really vibrant neighborhoods, the schools…it was all coming together. So I booked a day trip to Florida and took another look — and we explored a few other towns and developments while I was there. That, Michelle says, solidified things. She decided on the Loxahatchee/Wellington area and planned to move after Jackson’s school year ended in June.

This summer Michelle and Jackson are thoroughly enjoying their new life in South Florida. They love everything about their new community, especially the amazing amenities, neighborhood gatherings, tennis camp, and pool parties. If you ask Jackson, the best part is traveling around the neighborhood via golf cart! He is looking forward to starting his new school in the fall and also joining the youth soccer league. Michelle is thrilled with their new home and could not be happier to have made the move.

Discover your next step — and a new place to call “home.” Get in touch with Suburban Jungle now and schedule your FREE Strategy Session.