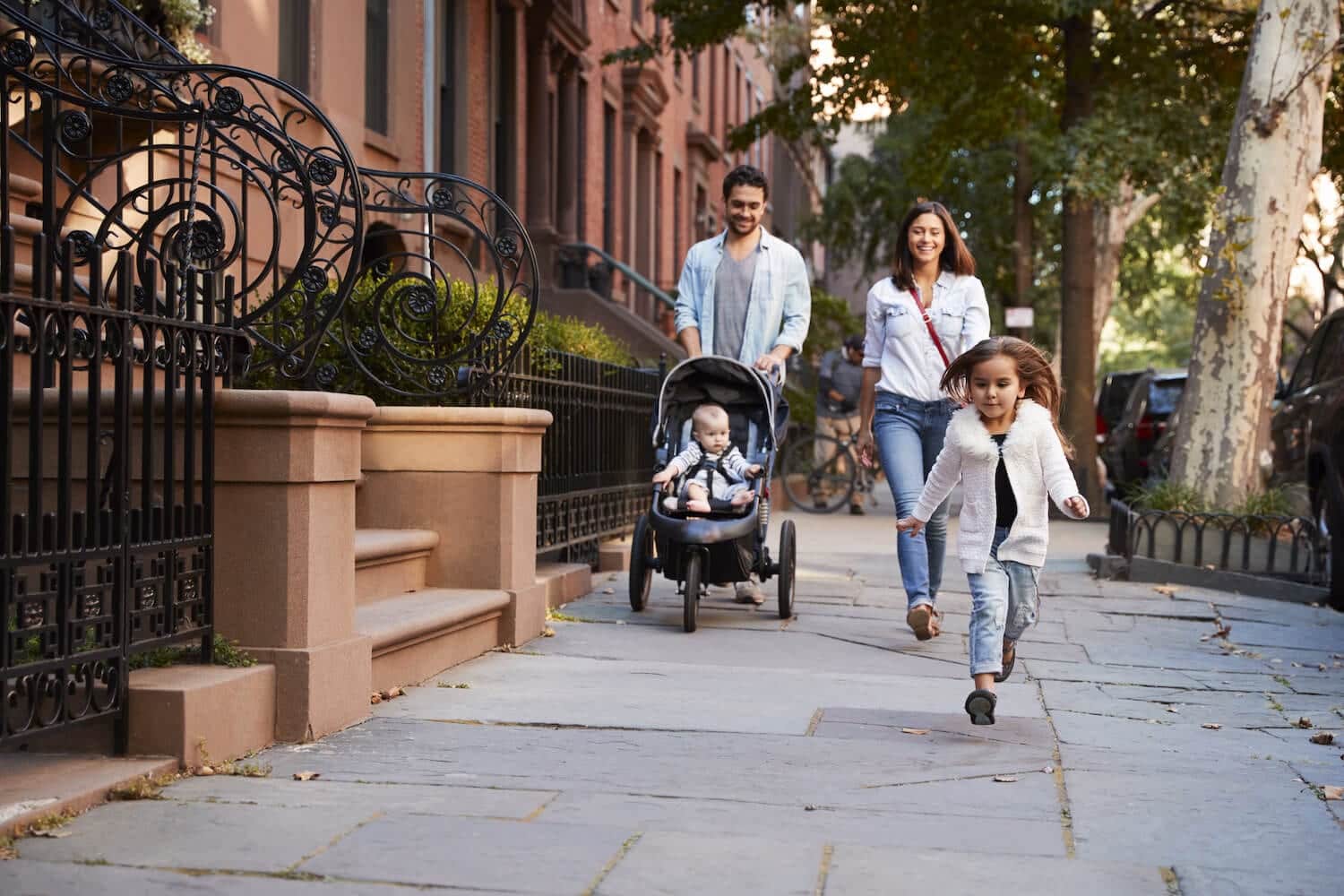 Thanks to the influx of young families, these neighborhoods are defined by double-wide strollers, plenty of playgrounds and endless Mom-and-Me classes.

When raising a family in New York City, it seems like everyone always suggests moving to the same few neighborhoods. The Upper West Side and Park Slope are still on the hotlist. But, given the city changes so much from year to year and new generations of parents are coming along, you have to imagine the family-friendly neighborhoods would too. And they are. Here are some of the new family neighborhoods.

Though it started as an Italian-American neighborhood, it’s since become a prime destination for cute shops and cool bars that have attracted younger residents in recent years, including young families. What’s more is the relatively small neighborhood is jam-packed with preschool options and is home to one of the top public elementary schools in the city, PS 58 The Carroll School. You’re also within walking distance to a Whole Foods and can easily hop on the highway to get out of Brooklyn. Bonus: you still get some of the best Italian fare around.

Walk around Tribeca on the weekend, and you’ll see a parking lot of strollers outside the hottest eateries in the city. Yes, the trendy neighborhood has become quite the family hotspot as it’s home to incredible public schools.

PS 234 has a massive playground that feels like the suburbs and Spruce Street School goes all the way through middle school. Of course, there are tons of private schools in the area, and you’re also super close to the Hudson River, where there’s lots of room for kids to run around.

And there will never be a shortage of kid-friendly activities. The members-only children’s playspace The Wonder is in the neighborhood as well as The Little Gym, and Barnes and Noble have regular storytimes. No wonder Blake Lively, Ryan Reynolds, Justin Timberlake, and Jessica Biel call Tribeca “home.”

You’ve probably heard about Long Island City as one of the up-and-coming neighborhoods in the city. Well, it’s now firmly a family-friendly spot. Located just over the East River from Midtown, it’s a prime location for commuting into the city. But when you’re home, there’s plenty to do with little ones.

First, take them by the water where there’s a lot of grass overlooking the Manhattan skyline. Then you can teach your kid to ride a bike down the boardwalk in Gantry Plaza State Park and sign them up for classes at LIC Kids Gymnastics, Circus Warehouse, or Playday. There is even a beach, and outdoor movies are screened at various waterfront parks in the summer.

As far as education goes, it’s home to The Robert F. Wagner Jr. School and Growing Up Green Charter School, both top picks.

Staying in the city? Urban Jungle’s got you covered. Get in touch with an Urban Jungle Strategist to start exploring the best neighborhoods for your family.