What We’d Tell Justin & Jessica About Moving to the ‘burbs… 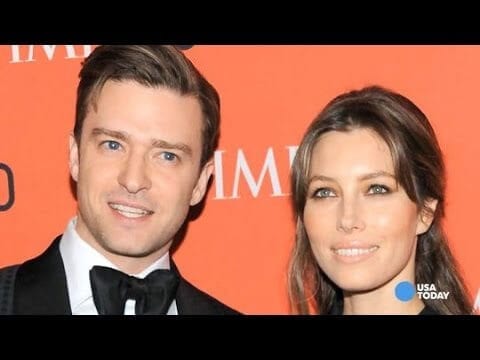 Justin Timberlakehas announced that he and wife Jessica Biel and young son Silas are packing up and leaving LA for suburbia. But, unlike many Los Angelenos, this A-list family isn’t heading to Beverly Hills or Ranchos Palos Verdes. These superstars are heading to the NYC ‘burbs—to the Norwalk, Connecticut area, specifically, reports WLEB 21.

In a statement late last week, Justin said he and his growing brood were, simply, looking to “slow things down a bit and get away from the crazy, hectic life in L.A.,” a sentiment that likely rings true for any city family considering a move to suburbia. He added, “I’ve visited the Norwalk area a few times over the years and the people there are real… they’re genuine and pretty friendly too and I think those are the things that are most important in deciding where to live.”

While we couldn’t agree more—Fairfield County is an amazing spot for young, career-minded families—there are a few things Justin and Jessica should consider as they’re planning their jump across the country…and from urban to suburban.

The Biel-Timberlake family will need bicoastal access—NYC and LA—given their careers and personal commitments. So which posh CT suburb offers the quickest commute to the city? Rowayton is just over an hour to midtown Manhattan, as is Darien. Knowing Justin favors the “Norwalk area,” these two towns could be great choices. Rowayton, a seaside community that’s part of Norwalk, is just minutes from downtown. Darien is less than 10 minutes from Norwalk by car.

Another perk to these towns? They’re close to not just New York City airports but, also, smaller regional airports in Westchester and New Haven, where the family could hop a chartered flight back to LA.

They love music, entertainment and culture.

Fairfield County is rich with art, music, culture and entertainment, making it a perfect spot for Justin and his crew. Fairfield itself has a massive arts scene and bustling nightlife, which could be attractive for the family. Westport—home to chic boutiques, galleries, award-winning restaurants and the acclaimedWestport Country Playhouse—could also be a good spot to consider.

Here they’d also be neighbors to fellow celebs, including Melissa Joan Hart and Martha Stewart, and was the long-time hometown of Paul Newman.

They’ve got a baby

Connecticut is a great state overall for families, but plenty of Norwalk-area towns consistently top national ranks of the best ‘burbs for bringing up baby. Lately, hotspots including Darien, Westport and New Canaan (home to another crooner-turned-actor, Harry Connick, Jr.) have landed high on countless lists, and with good cause. Looking at overall quality of life indicators—things like schools, climate, things to do and overall safety—these three consistently pop, as do popular family-friendly towns including Weston, Wilton and Fairfield.

While towns like Greenwich attract plenty of A-listers, it’s also not big on the working mom front. Our advice to Jessica? Find a community where you won’t be flying solo but, instead, will have the support of other like-minded career-minded mamas. What CT towns are working mom-heavy? Milford and Ridgefield each rank high on the list—in these towns, more than half of all moms work. New Canaan is also a chart-topper, with close to three in five moms working outside of the home. In Norwalk and Fairfield, that number rises to more than seven in 10.

We can’t wait to welcome Justin and Jessica to the ‘burbs! Until then, our offer stands: the Suburban Jungle team is here to help your family—and any family—plan their move from urban to suburban. Ready to get started? Fill out ourinteractive online questionnaireto help refine your suburban must-haves and get your family started with a dedicated Suburbs Strategist! See you in suburbia!