5 Philadelphia Suburbs That Keep Getting Hotter 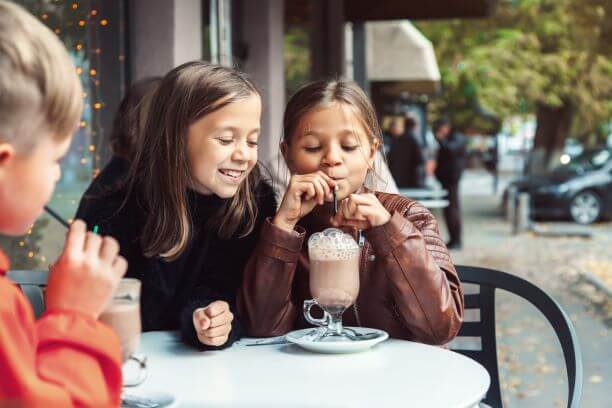 Considering a move to the suburbs? These towns should be on your radar…

While areas like Cherry Hill and Bryn Mawr have long been popular with young families and urban dwellers, there’s more to the Philadelphia ‘burbs than these tip-of-the-tongue towns. These five towns, in particular, have been even more top-of-mind with Suburban Jungle families—and with good cause. Each of these family-friendly communities offers an easy commute and plenty of things to do, from parks to farmers markets to restaurants, arts and culture and more.

Less than 15 minutes from Center City and an easy drive from New Jersey Shore points like Ocean City and Avalon, Collingswood definitely straddles the urban/suburban line. Still looking for more? Reading Terminal Market and other Philadelphia attractions are only a short PATCO ride away.

But Collingswood is much more than just its city access. The suburb is a national leader in the “Buy Local” movement and USA Today named the community #9 on its 2020 Best Small Town Food Scene list. No surprise, then, that the Collingswood Farmers’ Market—held every Saturday—is a go-to. Vendors set up shop throughout the town’s eight-block business district and residents come out to shop for local produce, hit up trendy boutiques and grab lunch at one of the community’s many BYOB restaurants.

Known locally as H-Town, Havertown is a tight-knit community in Delaware County. Here, no two houses are the same—but no matter the neighborhood you choose, you’ll find sidewalk-lined streets and plenty of parks and trails.

In recent years Havertown has welcomed lots of new restaurants, bars and shops—another huge plus for families. While people may still head into Center City for a night out, there are plenty of options in town if you don’t want to make the drive. Now, residents head to Brick & Brew, Giampino’s Cucina Italiana and Vida BYOB.

Live here and you’ll also be in a prime location when you do want to get out—Havertown is just nine miles from Center City and around the corner from the Main Line towns of Ardmore, Bryn Mawr and Haverford and all that they have to offer.

Voorhees is right next to Cherry Hill East and, residents say, feels like an extension of this bustling ‘burb. The town is home to spacious lots, plenty of hiking and biking trails, sought-after preschools, dog parks and more. The high school draws students from two neighboring communities, and many kids continue their education at top universities.

Horsham is a bucolic town known for its large estates and plenty of outdoor activities and events. It’s also a great place for families who want new construction—there’s plenty happening in Horsham.

Another benefit? Easy access to I-276, making the trip to Center City a straight shot. Residents can also hop on Pennsylvania Route 611 and be in Willow Grove, Doylestown, Abington or Warminster in minutes. While Horsham doesn’t have its own downtown, you’re just two minutes from Hatboro, which has a cute downtown and train station served by SEPTA’s Warminster Line. The route runs between Temple University and Warminster.

Once a sleepy factory town, Ambler has undergone a massive revitalization in recent years and has emerged as a Montgomery County hub for dining, shopping and community events. Butler Avenue runs through the center of town and is lined with breweries and more than a dozen pubs, international restaurants and plenty of options for a night out.

Bridget’s Steakhouse has been a staple in town for years and has recently been joined by Tannery Run Brew Works, The Lucky Well (the brainchild of Chopped Grill Masters Napa finalist Chad Rosenthal), Mokja, El Limon and Forest & Main Brewing Company.

There are also tons of seasonal activities throughout the year including an old-fashioned Christmas parade—Santa always makes an appearance—plus craft fairs, the Ambler Farmers’ Market and the Ambler Arts & Music Festival.

The community is also home to the Wissahickon School District—Wissahickon High School ranks #423 nationally by US News & World Report. Ambler station is served by SEPTA’s Lansdale/Doylestown Line with service to Center City and Doylestown—most residents can walk to the station.