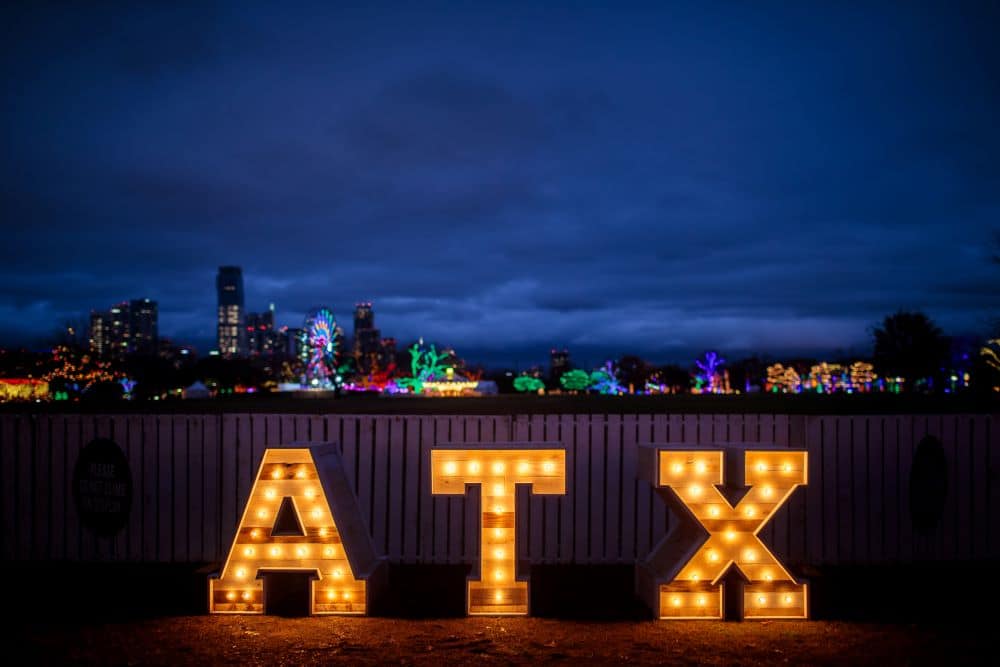 We’re obsessed with Austin — and we aren’t the only ones.

Austin, with its vibrant live music scene and booming job market, is one of the fastest-growing cities in the country. And it’s no surprise that people are flocking to the greater Austin area. From kayaking to sipping wine on a rooftop bar, no matter how you like to spend your free time, there’s always something to do. Plus, with a relatively low cost of living (and no state income tax) more and more singles, couples, and young families are seeking out their new home town in the Austin suburbs.

Need a few more reasons to consider this fast-growing hotspot?

#1. It’s a Great City for Millennials

Young professionals are drawn to the Austin suburbs for the easy commutes and community feel. Plus, many of these towns offer an urban-meets-suburban vibe — Austin is known for its nightlife scene and this reputation extends to the suburbs, too. In downtown Round Rock, for example, locals can head to Urban for live music or a great happy hour deal. And Barrels & Amps in Georgetown is a hotspot for sipping whiskey and catching a comedy set.

But that’s just the start. The Austin area is home to tons of opportunities for active residents to get outside and connect with other adventurous neighbors. If you settle in Leander, your free time can include kickball games with the adult rec league. And outdoorsy Pflugerville locals love to spend time kayaking on the lake. Plus, these suburbs really emphasize sustainability and you’ll have tons of access to farmers’ markets, bike trails, and green space if you move to any of the Austin area towns.

Austin is a hub for outdoor fun and there are plenty of ways for families to get in on the action. If you love getting out on the water, you’re in luck. Residents of the Lake Travis towns can easily take advantage of the 270 miles of shoreline for swimming, fishing, or kayaking adventures. And Pflugerville is another favorite suburb for those looking to spend their free time windsurfing or fishing on the lake.

If cycling is more your thing, you’ll find miles of trails to tackle. Austin is one of the most bike-friendly cities in the country. Rollingwood residents can easily hop on the scenic Roy and Ann Butler Hike and Bike Trail and end up at Lady Bird Lake for a scenic post-ride picnic. And if you relocate to Dripping Springs, Bee Cave, or Cyprill Mill you’ll be able to squeeze in some pre-work hikes at nearby Pedernales Falls State Park.

Whether you’re more into BBQ or plant-based dishes, the food scene in the Austin suburbs has something for everyone. In Pflugerville, the low-key Brotherton’s Black Iron Barbecue serves some of the best briskets around. And those in Tarrytown can head to The Beer Plant for a great selection of vegan pub fare.

With local chains like Flores and Arandias scattered around the Austin area, you won’t have any trouble finding authentic Mexican food in the ‘burbs. But Mexican is just one of the global cuisines represented here. No matter what type of food you are in the mood for — from Ethiopian to Thai to Argentinian you’ll find it in the Austin suburbs.

And Austin’s famous food truck scene doesn’t end at the city limits. Taqueria Jaguar’s in Round Rock and Cedar Pork in Cedar Park both serve crowd pleasing street tacos. When you’re craving a quesabirria, head to the original Tejas Birria truck in Buda (they recently opened an Austin outpost if the name sounds familiar). Willard’s Brewery in Pflugerville even has an on-site food truck serving beer brats and smash burgers.

#4. It’s One of the Sunniest Cities in America

Austin boasts an average of 300 sunny days each year. That means you won’t really have to worry about the weather when making plans to go on a hike or visit a beer garden.

Yes, it does get hot in the summer, but locals can quickly tell you their go-to spots to cool off. A few of our favorite suggestions? Go for a swim at McKinney Falls State Park or Blue Hole Park in Georgetown before enjoying a refreshing treat from Amy’s Ice Creams in Bee Cave.

#5. The Music and Culture Scene are Incredible

Austin is known as the “Live Music Capital of the World” and music lovers descend on this city for the renowned Austin City Limits and SXSW festivals each year. But even when it’s not festival season, locals can find a spot for live music every night of the week along E 6th St.

You’ll find vibrant street art, unique galleries, and cocktail bars throughout the greater Austin area. And, of course, there are plenty of venues in the ‘burbs — like The Railhouse Bar in Kyle, The White Horse in East Austin, and ​​Poodies Hilltop Roadhouse in Spicewood, where you can catch live music.

A huge perk about moving to Austin from another major market? There’s no state income tax in Texas. Our clients who’ve relocated from New York and San Francisco tell us they’ve noticed a major difference in their take-home pay.

And with these savings, you might find more in your budget for those dream home amenities that could be a bit out of your price range in other big cities.

Move over San Francisco and Seattle — Austin is now the place to be for tech jobs. According to the Austin Chamber of Commerce, close to 5,000 jobs came to the area in 2019. With major players like Google, Amazon, Canva, and Airtable expanding to Austin, it’s no surprise that this town earned the nickname “Silicon Hills.”

But you don’t have to work in tech to take advantage of Austin’s thriving job market. Other huge companies, like Whole Foods, Yeti, Home Depot, and Kendra Scott are also based in Austin.

Ready to find the right Austin suburb? Let us help! Contact us today to get started. All of our services are FREE to you.